Funding of £95,000 is being sought to pay for alleyway gating – with the opportunity to create a linear community garden- and CCTV as well as plans for a Public Spaces Protection Order (PSPO) in a bid to stop antisocial behaviour and fly-tipping in a Cliftonville trouble spot.

The improvement includes the gating at the Athelstan/Ethelbert roads alleyway and the PSPO for Athelstan Road, Ethelbert Road and Dalby Square to tackle the antisocial behaviour and waste issues.

An initial bid to the Home Office Safer Streets Fund has been unsuccessful but alternatives are now being explored.

The proposals come after many years of campaigning by Artra to tackle multiple littering, dumping and nuisance behaviour problems in the road.

Residents in the street have been plagued by the ongoing saga of fly-tipping and missed rubbish collections despite the removal of hated communal bins at the end of October.

The paladin bins at each end of Athelstan Road were  supposed to be for community use by residents in the area that do not have access to a residential refuse area.

But the bins had been a continual hotspot for dumping of everything from used nappies to household furniture. They were removed but fly-tipping, especially in the area of the former car wash site, continued.

The area has also been suffering from nuisance behaviour with numerous reports being made to Kent Police over excessive noise from blasting care stereos, karaoke machines, large gatherings and disturbances. There have also been a number of crime complaints related to assaults, weapons and drugs.

In November last year the Task Force revealed a two year programme was underway concentrating on tackling a wide range of issues in Athelstan and Ethelbert roads.

The scheme aims to achieve long-term reductions in both crime and anti-social behaviour as well as improving the appearance of the area by working directly with residents and businesses.

Several meetings between Artra, the task force and councillors – including ward councillor Alan Currie – then followed.

It has now been confirmed to Artra that proposals for the gated access points in the alley, CCTV and the PSPO are being worked on.

ARTRA chairman Matt Shoul said: “Following conversations with MTF about the interminable fly tipping, dumping and dog fouling in the Athelstan/Ethelbert alleyway, a significant community issue since ARTRA’s inception, ARTRA have just had confirmation of MTF’s receipt of our formal request for funding to gate all alleyway access points, enable a community linear garden and state-of-the-art 24 hour recording, high definition CCTV with a direct live feed to TDC officers, to identify the properties whose tenants perpetually throw items over the back wall boarding the alleyway.

“Funding for gating, the community garden – which will directly engage the whole community- and CCTV, if granted, will amount to approximately £95,000 and would mark a significant turning point on this dystopian thoroughfare, recently confirmed by Cliftonville West Cllr Alan Currie as a Kent County Council highway maintainable at the public expense.

“Proposals include electronic keypad access, so access is maintained while eliminating the longstanding ethos of fly tipping and general misuse that has blighted the area for decades. “There are also plans for a unique PSPO for these streets, in part to address the anti-social noise nuisance legal loophole which prevents both the police and council from taking action on outdoor use of karaoke machines and parked car stereos.

“Formal confirmation of these community developments, sought by ARTRA in close collaboration with the Task Force, is keenly anticipated by the community, whose lives would be significantly enriched by access to an ongoing community gardening and enjoying a tranquil, healthy environment.” 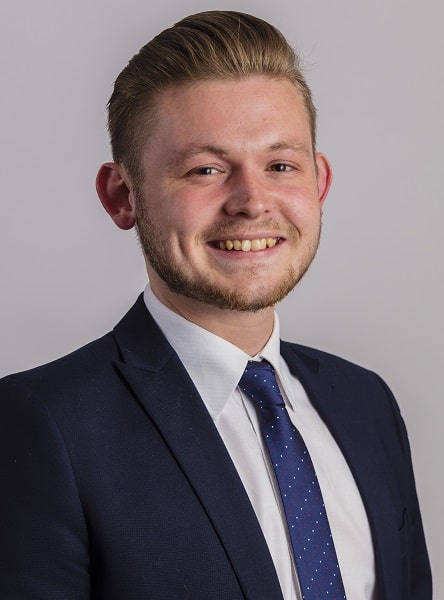 Cllr George Kup, Cabinet Member for Community Safety and Youth Engagement at Thanet District Council added: “We are currently investigating funding streams to deliver a programme of improvements identified by the Thanet Multi-agency Task Force (MTF) for Athelstan and Ethelbert Road. Unfortunately the invitation to make a bid to the Home Office Safer Streets Fund was unsuccessful earlier this year.

“The MTF in partnership with the council and Kent Police is however developing a report which focuses on a Public Spaces Protection Order (PSPO) for three key Margate locations which experience ongoing anti-social behaviour and waste issues -Athelstan Road, Ethelbert Road and Dalby Square. These areas are also among the most economically deprived areas in Thanet.

“The MTF is also working with the Kent Police Communities Team to specifically address the issues of crime rates and anti-social behaviour in Athelstan and Ethelbert Roads.”