A concerted effort to clean up Athelstan Road and surrounding streets in Cliftonville – both of rubbish and tackling antisocial behaviour and property/tenancy issues – is underway by residents and the Thanet Multi-Agency Task Force (MTF).

Last week Athelstan Road had its first litter pick since ex-serviceman Wayne Dixon – and his dog Koda – visited Thanet two years ago as part of his UK coastal clean up mission.

The latest pick was organised by resident Laura Zabo, who has been living in Athelstan Road since March. Laura believes that ‘living in a clean environment should be our minimum standard’.

She said: “I’ve been doing litter picking since 2010, first in Budapest. I’ve lived in many places, such as France and Spain and I do litter picking everywhere!” 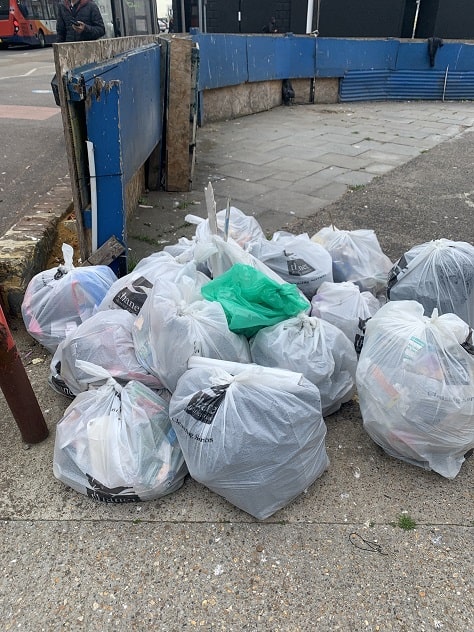 The litter pick focused on the corner of the former car wash site and was attended by Clare Stephens, of Dalby Square, Dosh Archer, of Margate Old Town, Matt Shoul, ARTRA (Athelstan Road Tenants & Residents’ Association) chairperson and several residents. It will now take place every Tuesday from 5pm. 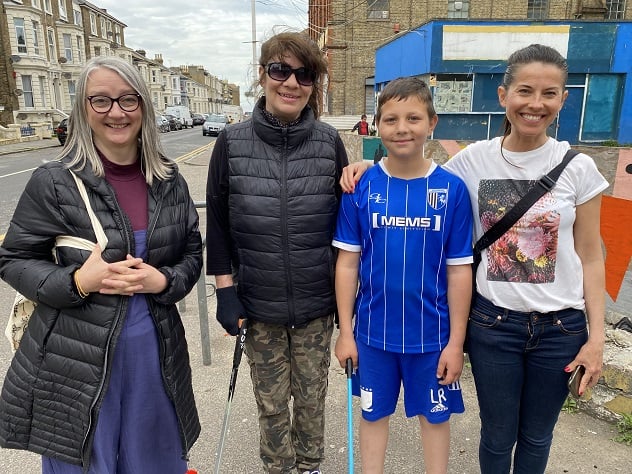 ARTRA, along with Cliftonville West ward councillor Alan Currie, say there are continuing concerns that some of the area’s landlords are ignoring Selective Licensing attempts to get properties to organise their own on-site waste storage.

They say the tenants living in these properties haven’t had anywhere to put their household waste since the paladin bins were removed approximately 6 months ago.

Chairman Matt Shoul said: “ARTRA is deeply concerned at the lack of TDC enforcement action against these landlords as the waste management situation is so desperately poor in this particularly high population density part of Cliftonville West.

“ARTRA is extremely grateful for all Cllr Currie’s proactive support on the transition to a paladin bin free road, but the time for Thanet council to take action on the non-compliance of landlords in adjacent streets is well overdue.”

But Thanet council says action is being taken with a two year programme now underway concentrating on tackling a wide range of issues in Athelstan and Ethelbert roads.

The Thanet Multi-agency Task Force (MTF) scheme aims to achieve long-term reductions in both crime and anti-social behaviour as well as improving the appearance of the area by working directly with residents and businesses.

Since the MTF expanded to cover the whole of Thanet in 2018, the team has successfully delivered 14 projects to protect and support the most vulnerable people and families in the district.

Originally set up as Margate Task Force in 2009 the move to cover the whole district resulted in a rebrand last year to the Thanet Multi-agency Task Force (MTF).

Talking about the latest programme in Cliftonville, a council spokesperson said: “This project is a good example of the MTF’s new approach. By analysing data across all of its partner agencies and speaking to residents, two key issues were presented – transience of the population and the physical environment.

“Specific project aims include increased tenancy sustainment and an improvement in the visual quality of the two streets.

Plans will: Focus on families with young children; Reduce crime and ASB; Reduce fire incidents; Bring people closer to ‘suitability for work; Improve the physical environment   and reduce complaints about the area.

“It is estimated that by working with residents and businesses, the project will save around £10 million over the two year period.”

As COVID-19 restrictions continue to lift, the team will also be resuming Neighbourhood Engagement Days.

Mr Shoul says he has been told by Task Force boss Eden Geddes that a potential £70,000 for CCTV and a linear garden project in the Athelstan alleyway are also included in the two year scheme. These details are yet to be confirmed by Thanet council but will be a topic of discussion when ARTRA resumes its meetings shortly.

During the pandemic last year the MTF:

This year the Task Force will also focus on areas including county lines and exploitation; supporting people currently experiencing or at risk of domestic abuse and reducing the risks to people from serious and organised crime

Future plans include developing a support programme for care leavers; a multi agency response to issues of exploitation and early intervention in suicide risk cases.

Find out more about the MTF here