The volunteer crew of Ramsgate RNLI launched this afternoon at the request of HM Coastguard to a small inflatable swept out by the strong tide with one adult and four children onboard.

The inflatable had been swept out from the main Ramsgate beach where the adult and children had been enjoying the sun and water. They ended up on the sand at the back of the East Pier below Port Control.

The group would have been in danger when the tide turned and started coming back in, which would mean  the area where they were marooned would be underwater. 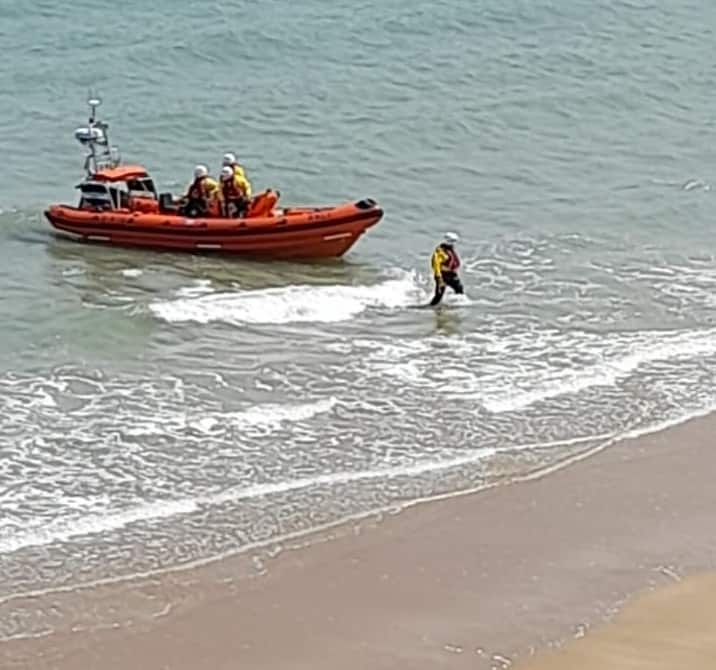 They wanted to attempt to climb the wall but Port Control advised them to wait as the RNLI crew was around the corner. Two women were also trying to assist at the scene.

They were recovered two at a time and the helpers were taken back to the main sands and the woman and children with the inflatable taken to the boathouse.

A Ramsgate RNLI spokesperson said: “With the recent warm weather and the schools on half term, the beach holds a great appeal to families, however even local families can get caught out in a strong tide.

“No one was wearing any form of life jacket, and it would have been all too easy to become exposed to the elements if they hadn’t been spotted as quickly as they were.

“Please if you are visiting the beach, take care, don’t use inflatables, and always carry a means of communication with you.”