A Ramsgate dad’s fundraising appeal to buy a ‘bionic’ leg for his eight-year-old daughter who underwent an amputation operation in May has bust through its target.

Dean Stalham launched the fundraiser in a bid to hit  £20,000 to pay for an ‘activity’ leg from the USA which has various attachments.

For Bunty the tumours affected the bones in the bottom of her left leg and several operations resulted in her leg being considerably shortened, meaning the youngster needed to use a wheelchair.

Hopes that new bone would form were dashed, meaning in May Bunty had an operation at Great Ormond Street Hospital to amputate from the knee.

The fundraiser for the youngster, who loves swimming, trampolining, dressing up as a princess and playing with twin sister Esther and older sister 11-year-old Poppy, included a big art auction hosted by celebrity potter Keith Brymer Jones and generous donations from individuals and organisations including the Friends of Shelby Newstead – who donated a total of £8,000– and the Freemasons of Union Lodge in Margate (pictured below). 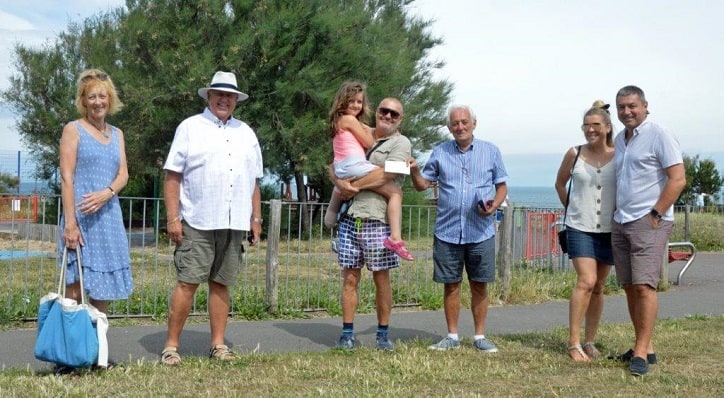 Several members of Union Lodge decided to do a walking marathon of 26 miles each and the time scale to complete was five days. The members were sponsored by other members of the lodge and they were able to raise the total of £1500 to donate to Bunty’s cause. Further to this great effort the Provincial Office of Freemasons committed a further £1500 in match funding. 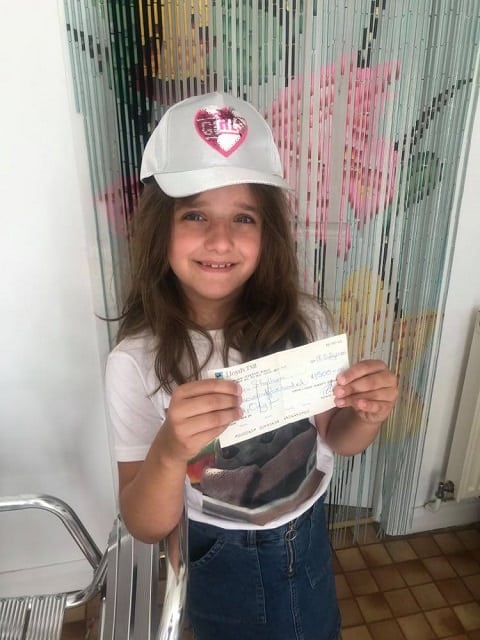 Dean, 56, said: “We have smashed through the target! Special thanks to Speedo Shy and Dpart Music for all their instagram fundraisers – from rap offs to Speedo running through a field of cows in pink speedos.

“To Paul Saunders from Westbank Gallery and Keith Brymer Jones – we thank you all. I will be personally thanking every single donor from a fiver upwards.

“Bunty is currently having emotional and physical therapy  with a training leg to encourage balance and confidence.”

Money is also still coming in from the art auction and Dean has vowed to donate anything over the cost of the ‘bionic leg’ to Great Ormond Street Hospital.