A Ramsgate dad’s fundraising appeal to buy a ‘bionic’ leg for his seven-year-old daughter who undergoes an amputation operation tomorrow (May 15) has hit its halfway target following a large donation from The Friends of Shelby Newstead charity.

For Bunty the tumours affect the bones in the bottom of her left leg and have effectively eaten away the tibia, resulting in the youngster having to endure three operations every year over the last five years to try and save the bone and encourage new growth. 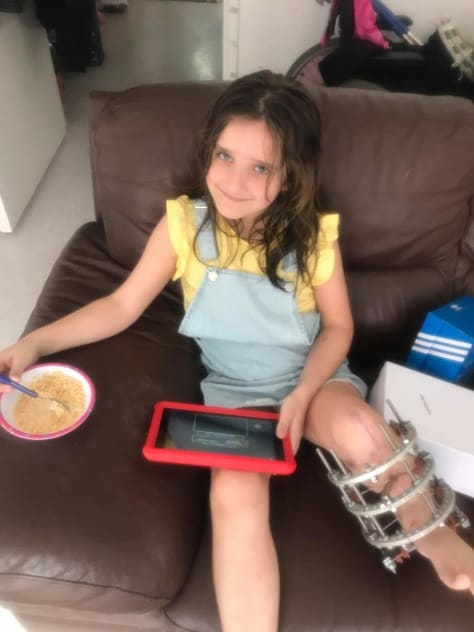 This year the youngster, who loves swimming, trampolining, dressing up as a princess and playing with twin sister Esther and older sister 11-year-old Poppy,  has had major bone graft operations, with surgeons removing four inches of affected shin in February.

The operations mean Bunty’s leg is considerably shortened and she is using a wheelchair and walker. And, after all the operations she has endured, the hopes that new bone would form have been dashed, meaning she is now having the operation to amputate from the knee.

The youngster left for Great Ormond Street Hospital this morning (May 14) and the operation takes place tomorrow. 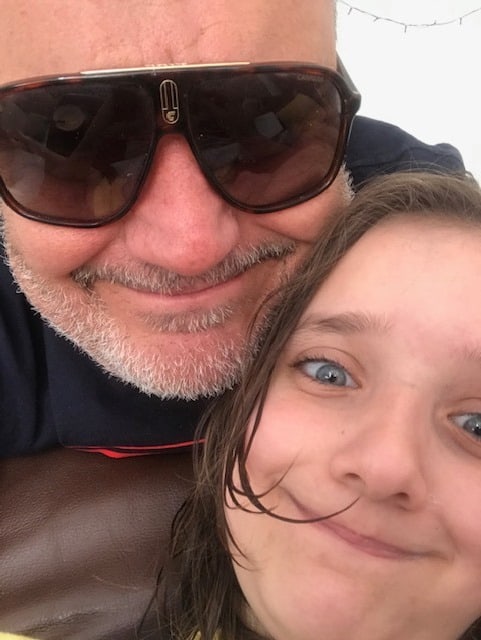 Dad Dean Stalham is hoping to raise £20,000 to buy an ‘activity’ leg from the USA which has various attachments.

He launched a fundraiser in March and has now hit over £10,000 thanks to donations including £7,000 from Friends of Shelby Newstead, which is a charity based in Kent, formed in 1996,  to help improve the lives of children with debilitating and life threatening diseases and illnesses

The 56-year-old said: “We are extremely thankful for all donations from £5 upwards. We are especially overwhelmed by the generosity and support from The Friends of Shelby Newstead for their donation of £7,000 that took us over the halfway mark.”

Dean says prosthetic legs on the NHS are adequate but the USA produces ‘activity’ legs so there are different attachments for different things. The aim is to raise enough money for three attachments. 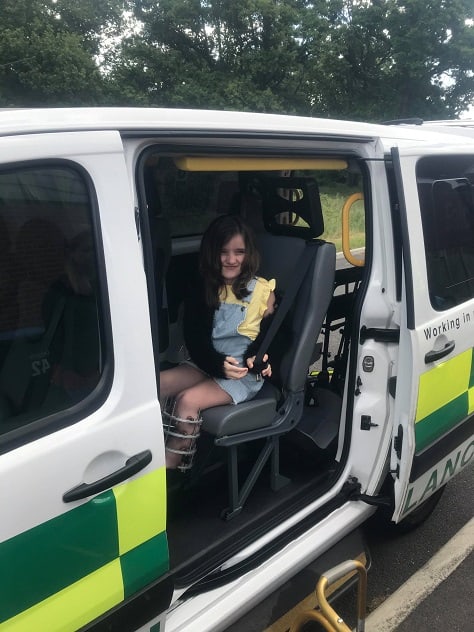 Dean said: “Bunty is the bravest little girl in the world- always full of hopes and dreams – an absolute inspiration to everyone she meets. She is an exceptional child and I want help to get her an exceptional new leg. One where she can do all the things that any normal little girl can do, including running, jumping and skipping.”

Sally Newstead formed the Friends of Shelby Newstead with family and close friends after daughter Shelby was diagnosed with Neuroblastoma, at just nine months old.

Shelby is now a healthy, happy 25-year-old but the work of the Friends to help others continues.

Annually they hold an event at Detling and Shelby sells her art, often going at auction for up to £10,000.

This year that event has had to be cancelled due to the covid pandemic but the Friends are hoping people will instead donated their ticket and auction money to Bunty’s fundraiser.

Sally said: “We wanted to give Dean and Bunty a big boost and take them over the halfway mark for their fundraising. We are promoting this on our website and social media channels and would like our supporters to consider helping with donations, some have already done this.

“We believe in helping children and their families and Bunty and her family really touched us.”