The comment is in response to the tide of filth left behind by beach-goers in Margate yesterday (June 25) and the growing trend of dumping ‘laughing gas’ canisters after they have been used for highs. 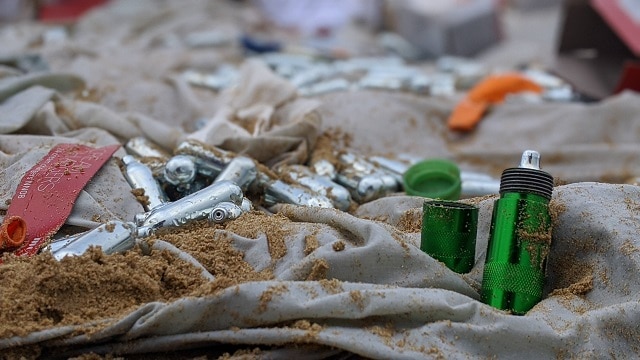 Piles of booze bottles, empty chip boxes, plates, wrappings and even a child’s inflatable were discarded across the main sands by people who did not bother to take their trash home.

Some visitors did use the bins which were overflowing by the afternoon. Similar mess was left at other beaches including Botany Bay.

The appalling mess was left despite Thanet council having put extra bins in place from the May bank holiday. Extra cleaning crews had also been put in place, equating to a full summer service, following “disappointing” litter left behind by visitors last month.

Cllr Yates said: ““The beach has been left in an unacceptable condition. Partly from day trippers, but a new emergence of young adults leaving their drug paraphernalia has emerged.

“Take your nitrous oxide canisters, balloons and alcohol and put it in the bin. The beach is not your bedroom, it is a shared space that we enjoy together as a community. You are making the beach dangerous by leaving glass on the beach and leaving unnecessary mess. 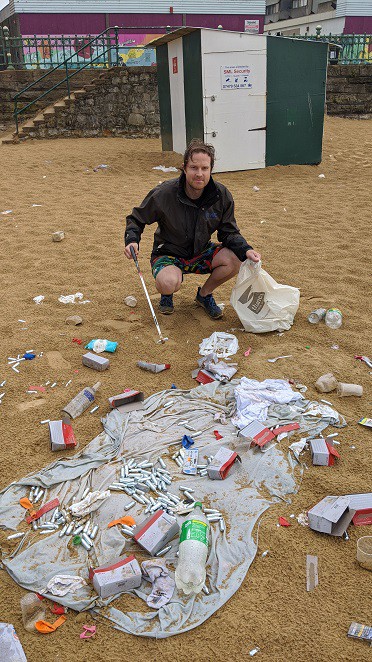 “To many of us who live in flats, the beach is our garden that we are happy to share this with everyone who visits. However, put your rubbish in the bin or take it home with you, this goes for day trippers and the young adults coming at night. If you are going to take part in this new Nitrous Oxide trend then dispose of it responsibly. If you think this trend needs to stop then a petition is available. 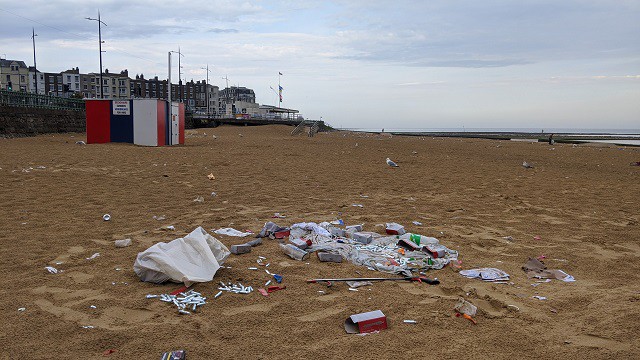 “I am asking the council for a few litter grabbers that I hope can be available for community use, so if you are interested in this please get in touch. Meanwhile the issue of beach cleanliness and how we resolve it will be brought up again at the next Cabinet meeting.”

Dan added: “This is a problem every summer, and it can easily be fixed. We need people cleaning the beach during the day, and bins cleared at the end of the day not the next morning. Then, the work of locals volunteers will be the finishing touch, not the heavy lifting.”

Around 15 volunteers, with more turning up, are taking part in the clear up.

One resident called Polly said a system of beach inspectors giving out rubbish bags could help. Another said they were shocked by the thousands of gas canisters left on the sands.

Mountain of litter left behind by crowds on Margate Main Sands