Stretch arts charity, which has been delivering arts projects to marginalised groups for almost 16 years and has had a base in Margate for one year, is to put in a bid to take on the Newgate Gap sea shelter and create the first national museum for ‘outsider art.’

The charity has headed up high profile and award-winning projects in partnership with museums, galleries, artists and writers and for the past 6 years delivered digital storytelling projects and championing the role of unheard voices and ‘outsider’ art.

In 2016 it ran the first Stretch Outsider Arts Festival and has since been approached by the Whitworth Art Gallery to join their Outsider Art Consortium.

As well as being involved in current Outsider Art events, the charity’s storytelling won a BBC award and its work with looked after children earned a ‘Centre of Excellence’ award. 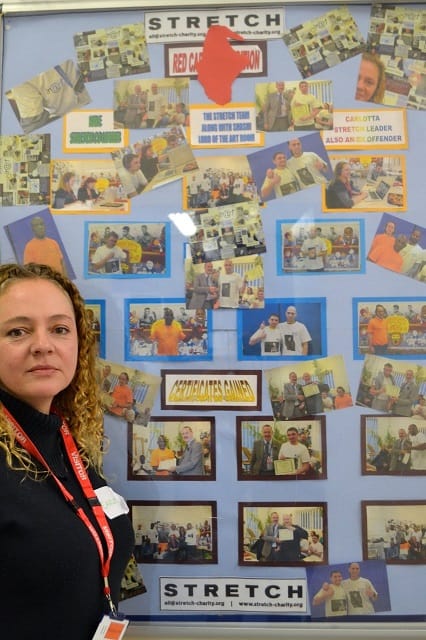 Now Carlotta (pictured) has revealed the proposal for the Newgate Gap shelter with aims for a sensitive rebuild costing approximately £500,000 and an outsider arts trail, workshops and exhibitions.

She said: “Over the life of the charity we have raised over £1million towards our various projects. We will establish the Stretch Outsider Art Gallery permanent fixture in Margate. After the success of our Outsider Art Festivals we wish to develop our connection with this town.

“Margate is a special place, with a growing arts ecology, spirit of collaboration and a passion to connect art and the wider community – some wards are amongst the most disadvantaged in the UK. There is an atmosphere of creative risk taking and an influx of creative practitioners. Outsider art has found a natural home here, we will develop relationships with artists, festivals, the museum and the galleries. We will offer workshops and exhibitions for those marginalised by society. We will raise the status of Outsider Art.

“Stretch would like to open the first national museum for Outsider Art. The site has such an unusual and brilliant position we want to make it an iconic addition to the Margate art scene. Every year we would commission an “outsider art walk” of outsider art works and sculptures from Turner Contemporary along the sea front and up to the site.

Stretch  works with Central Saint Martins and their sustainable design department and the building would be set as a ‘material futures’ architecture project to be made from sustainable materials. There would be a covered outside seating area and sculpture garden that would become a ‘Outcider Bar’ in the summer months for people to enjoy a locally brewed drink after the sculpture trail.

Dean has organised local support from the likes of The Margate School and has worked to build Stretch’s reputation in Margate.

Carlotta added: “We have been given an opportunity by local organisations and been really well received. Stretch is an ever-evolving charity that responds to needs and opportunities. We have talked to Richard Ings, Katy Pryor and Dulcie Alexander and have a growing relationship with Arts Council England.

“We hope to apply for National Portfolio Organisation status in three years’ time.  Local charities such as Campaign Kent, Porchlight and Inspiration Creative are supportive of our work. We will facilitate community workshops that establish us in the area, and we have been approached by many groups and artists, but we are unable to be concrete with plans as we do not have the manpower or funds to act on the offers.

“’Outsider Art’ sits comfortably in Margate. We have been given theatre seats by the Marlowe, but we don’t have a working space. We will host prisoner art exhibitions, writing workshops and drop-ins. We will run theatre and storytelling workshops. There are no outsider art galleries currently open in the UK. We have a relationship with Galerie Art Cru in Berlin who are interested in some collaboration.

“We would be looking at a five to ten-year tenancy with a rebuild costing maybe £500,000 -plus, split between funders such as Arts Council England, Heritage Lottery Fund, Henry Smith Foundation and local community foundations. We are confident we could then raise yearly funds for individual projects. 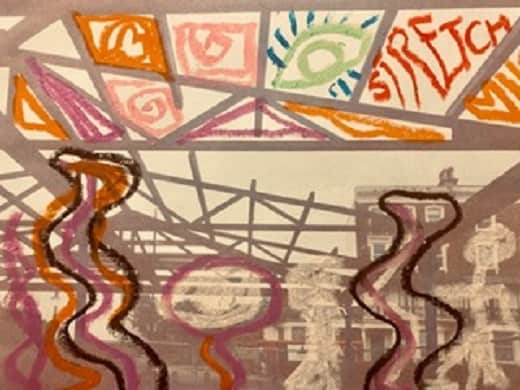 “It is the perfect opportunity and backdrop for us to add a unique destination on the UK art-map. We are really excited, fingers crossed Thanet council and the funders share our vision.”

The shelter was subject to a building control notice and this month the roof and seating were removed. Community group the Friends of Cliftonville Coastline, formed last year after a campaign to save the structure, have also been in talks with TDC over an asset transfer of the site.

It is earmarked for Community Asset Transfer and the closing date for expressions of interest is  October 9. Any group interested can email estates@thanet.gov.uk

Stretch charity has worked with V&A and Tyne and Wear museums and artist Jeremy Deller as well as winning a Platinum Koestler Award and being nominated for a Tech4Good Awards twice in the past three years. It is currently working with Central Saint Martin’s Design Against Crime Research Centre.