A new community group aiming to breathe fresh life into the deteriorating Newgate Gap Shelter has been formed by Cliftonville residents.

The move follows a successful campaign – Save the Newgate Gap Shelter – led by resident and mum-of-two Amelia Gregory, with support from Sam Causer of Margate Coastal Park and members of A Better Cliftonville (ABC), to overturn a Thanet council plan to demolish the shelter’s roof.

Thanet council withdrew the demolition application last week following a number of objections, including one from the council’s own  conservation officer who said: “In my view, notwithstanding the current condition of the shelter – which I acknowledge could further deteriorate in time -I consider that at this point the shelter’s contribution to the character and appearance of the conservation area is a positive one and should be retained and repaired.”

The Edwardian, Ethelbert Crescent shelter is one of several constructed in the early 1900s along the isle’s coastline.

Thanet council said proposals made last year after talks with ABC may now be progressed. These include:

Keeping the entire cast iron structure and level the concrete to form a flat area;

For the area to be used by community groups for outside performances and theatre shows.

Talks are now underway to look at options for the shelter, including its transfer as a community asset to the newly formed Friends of Cliftonville Coastline, who are taking on the project to revive the coastal area, starting with the shelter.

However, options for the group to revive the site whilst it stays in local authority ownership are also being examined. 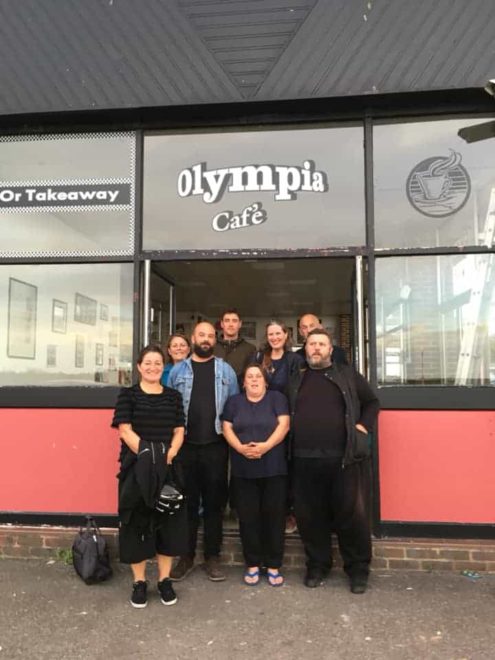 The group held its first meeting at the weekend, attracting 25 people to the Olympia Café venue, including five councillors.

Amelia said: “At the meeting it was decided to create a new group to liaise with the council and community to save the shelter, taking over from A Better Cliftonville, who campaigned for 5 years to save the shelter but were met with continuous knock backs from TDC.

“The new group is Friends of Cliftonville Coastline and aims to breathe love into our beautiful and unique heritage coast for the local residents and visitors of today, starting with the Newgate Gap Sea Shelter.” 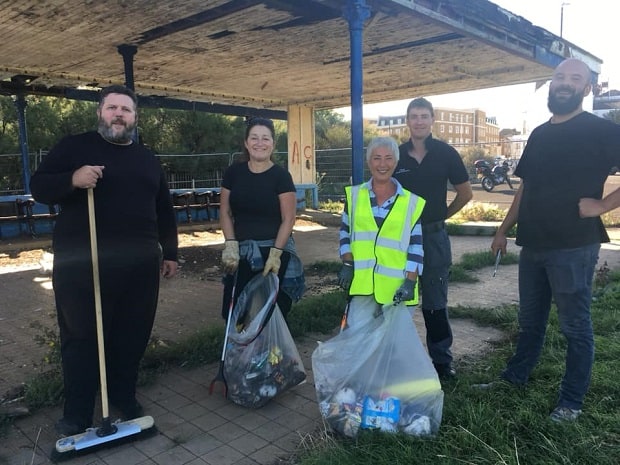 Yesterday (September 9) a group of community volunteers cleaned up the shelter and made secure the Heras fencing to protect the structure from vandalism.

Amelia added: “Over the coming weeks we will be launching a crowdfunding campaign to renovate the shelter. People are invited to like our page and join our group to be involved!”