A charity football tournament will be held in memory of three Thanet men whose struggle with mental illness, and gaining professional support, tragically resulted in them taking their lives.

It has been organised by parents with youngsters on the Thanet United Warriors team – formerly SMS –  and team manager Craig White, who have all been personally touched by the losses.

One of the organisers, Natasha Woolford, said: “We want to raise money and awareness for SpeakUp CIC, a local mental health charity. This particular charity is very close to the organisers’ hearts and we all want to make the day as successful as possible – me, Lauren Elliot, Rachel Flint and Buster – Robert Hughes and especially Craig who has been really instrumental in putting together the whole event.

“My husband was best friends with Ben, Buster was best mates with Paul and Lauren’s cousin was Marc. All of us are parents on the same football team -Thanet United Warriors – and within three months we have all dealt with these losses through preventable suicides so we want to do everything we can to help prevent this from happening again. “

Paul, known as Hardrive,took his life in March.. The former Foresters FC player, who was in his 30s, was described as “lovely” and a “diamond” by those close to him.

He left behind his wife Lisa, brother Andy, mum Donna and dad Bob who have already suffered the family loss of two of Paul’s siblings. 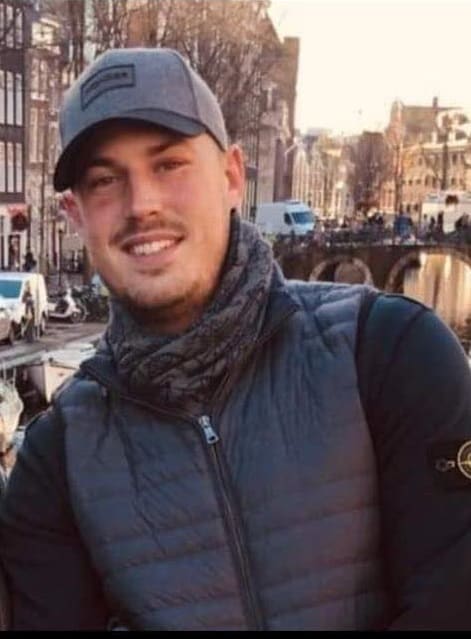 In May Marc lost his struggle against mental health. Described as “an intellectual, handsome, hilarious, charismatic and above all loving family man,” Marc was a dad, stepdad and also due to be a father again.

Dad-of-three Ben  who was known to friends by the nickname Shine, had desperately tried to get mental health help but had been turned away because of waiting lists.

Sadly he ended his life in June, just 14 months after his younger brother Lee Thrumble had also taken his life.

Kent and Medway NHS and Social Care Partnership Trust, responsible for mental health services in the region, pledged to carry out a review into Ben’s care and a public meeting, with attendees from the NHS, will be held at the Comfort Inn in Ramsgate on Friday (July 19)  from 7pm to 9pm.

A mental health summit is also being planned in Thanet and will be hosted by Kent County Council and the Sustainability and Transformation Partnership Public Health suicide prevention leads.

The charity football and fun day will be held at Newington school in Ramsgate on August 31 from 11am – 5pm.

There will be lots of local teams competing for the memorial cup which the organisers hope to be able to present on a yearly basis. There will  attractions including a coconut shy, inflatable sports (with thanks to Clayton Holloway), beat the keeper, speed goal, two bouncy castles, face painting, hair braiding, coloured hair dye stall and  a massive raffle.

Natasha said: “We have been absolutely overwhelmed with the businesses who have donated to our raffle. we have some amazing prizes.

“We are truly touched that the businesses of Thanet have contributed to such an amazing cause. Some people aren’t fond of Thanet or the people that live here, but we are proud to live is such a generous community who all come together in these testing times.

“We would like to thank the businesses of Thanet and everyone else who will be helping to make this event a success. Raffle tickets will be sold on the day and by the organisers in the build up to the event.”

Prizes include a flight in a Boeing Stearman donated by Terence Painter Estate Agents, a signed Crystal Palace training  donated by Richard Shaw who played for Crystal Palace in the 1990 FA Cup final against Man Utd and prizes from businesses including Hogman’s Butchers in Broadstairs, Hyundai Canterbury, JJS Brickwork, Mystery InKorporated, Ramsgate Football Club and many more.

Entertainers and a DJ are still needed.

A new support page and group has been created in Thanet for men who are facing any kind of struggle.

Man Club is a support group for men to attend weekly meetings with other likeminded men to discuss any life problems they may have or to offer support.