A Ramsgate musician who has worked with stars including Angelina Jolie, Danny Boyle and even the Pope has made an appeal asking for isle people to take part in the filming of a major documentary project.

Film composer Simon Boswell is to be the subject of a Netflix-style documentary about his life. The composer and producer moved to Thanet three years ago, but still travels the world extensively.

Simon, who has also worked with Dolly Parton, Elton John, Marianne Faithful, Blur, the Sex Pistols and  Echo & the Bunnymen,  is a BAFTA and BRIT nominated composer. He has scored hundreds of films including Shallow Grave, Hackers and many other cult classics. Now it’s Simon’s turn to be the focus of attention. 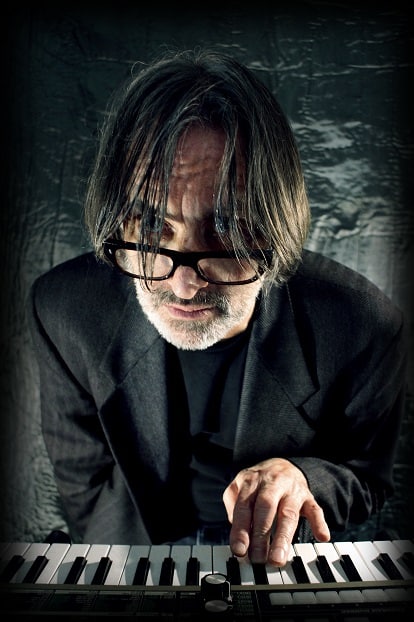 He said: “I’ve spent the last year being followed for a feature-length documentary about my unpredictable life.”

Simon who, despite being a confirmed atheist, was once commissioned by the Vatican to set the 10 Commandments to music, is inviting Thanet residents to be a part of his global project which is being directed by cult filmmaker Jake West.

Simon will be performing with his band TheAnd at the Ramsgate Festival Of Sound later this month and the gig will be filmed for the documentary.

He said: “We’ll be playing anything from psychedelic, to electronic, to rave to orchestral. All of the music is based on movies for which I have composed the soundtrack. We will be projecting scenes from many of these films on to the Ramsgate cliffs and will be filming the whole event. I would love the people of Thanet to come down and be part of this project.”

The documentary, with the concert scenes, will be shown at film festivals around the world before eventually ending up with one of the major online movie platforms.

Simon Boswell and TheAnd will play the Ramsgate Tunnels stage at 9.30pm on Saturday, July 27. Entry is free and will be on a strictly first come, first served basis. Those attending agree to be filmed and waive all rights.

For more information go to www.ramsgatefestival.org