A  teenager who has been fundraising for 18 months in a bid to join the World Scout Jamboree this month is appealing for help to reach her total.

Erin Stallwood, 14, is a Scout with 1st Garlinge Baden Scouts in Margate. She has been chosen, along with four other Scouts from Thanet, to represent the district at jamboree in North America after giving a presentation about herself and why she should be chosen, along with a selection weekend showing her scouting skills and team work ability.

But the Chatham and Clarendon student had the task of raising the £3,945 needed to take part.

Erin said: “Each UK participant has to raise funds to go to the Jamboree. This year the amount is £3,945 per person. This is a significant amount of money, however, it is not just to pay for ourselves. It is important to understand that we also have the duty of subsidising the amount of money of those in weaker economic countries. Although they have to raise money as well, it would be almost impossible for them to raise such amounts in the places they live. 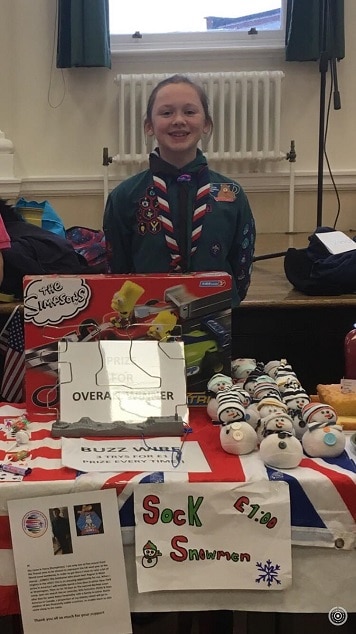 “I have spent the last 18 months fundraising as much as I can through events such as sponsored abseils, tombolas, quiz nights and bootfairs. I am close to reaching my target but still have a small way to go.

“Any donations, however small, I receive will help me to have the experience of a lifetime.”

The determined youngster is hoping to raise the remaining £500 so she can join 4000 Scouts, Guides and Leaders from the UK and 40,000 participants from 160 other countries at the annual event, now in its 24th year. 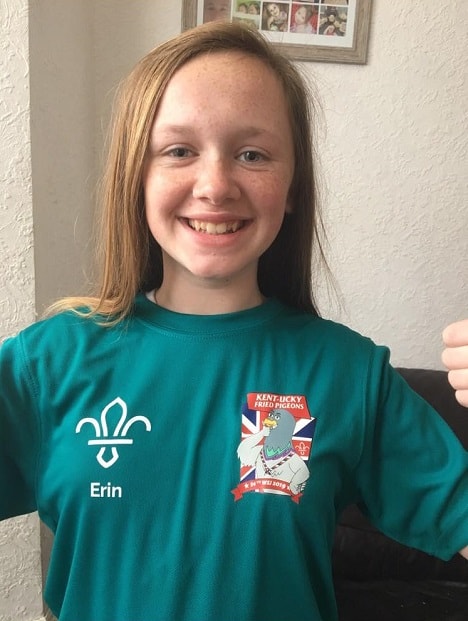 The jamboree is an educational event that brings together the world’s young people to promote peace and mutual understanding and to develop leadership and life skills.

The 24th World Scout Jamboree in West Virginia will feature the hallmarks of past programs, such as the Global Development Village and special sustainability initiatives.

Those taking part will also enjoy cultural experiences from across the globe and will spend a week with a host family in USA or Canada, to experience life there, in a programme called Home-Hospitality.

The jamboree takes place between July 22 and August 1.