Some 250 people have booked to visit a pop-up exhibition at Turner Contemporary today (February 26) showing projects being developed for the £22.2million Margate Town Deal.

Margate was one of 101 places given the opportunity to bid for funding of up to £25 million as part of the government’s £3.6 billion Towns Fund. The fund aims to support urban regeneration, skills development and improved connectivity by giving each place its own Town Deal. A bid amount of £22.2milion was granted. 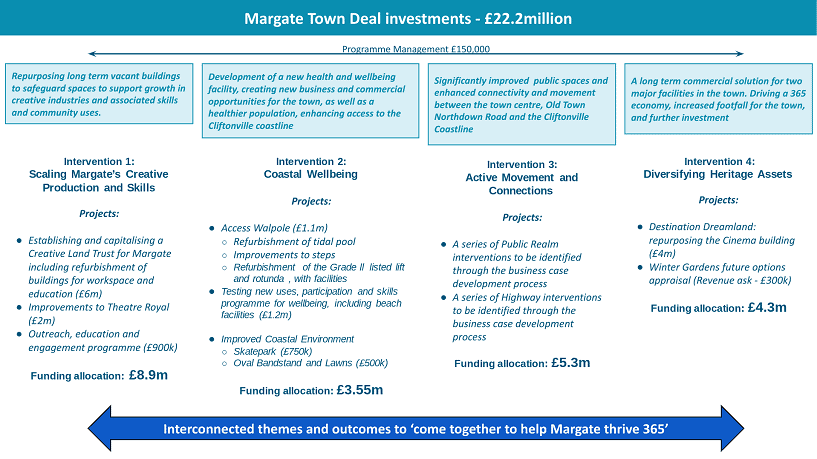 A business case for the creative lands trust has been submitted to government outlining plans to “provide safeguarded affordable workspace with high-quality digital connectivity; free enterprise space for young people; further and higher education; centres for digital and theatrical production; civil society activities; and a permanent cultural centre focused on the black and brown community.”

Business cases for the other Town Deal projects must be submitted to government by April before any funding is released.

Among the projects on display at the pop-up were the Margate skatepark, earmarked for the former putting green at Ethelbert Terrace, People Dem Collective which has been working with Dreamland and The Oval Bandstand and Lawns which will undergo improvements to make the area available for use all year around. 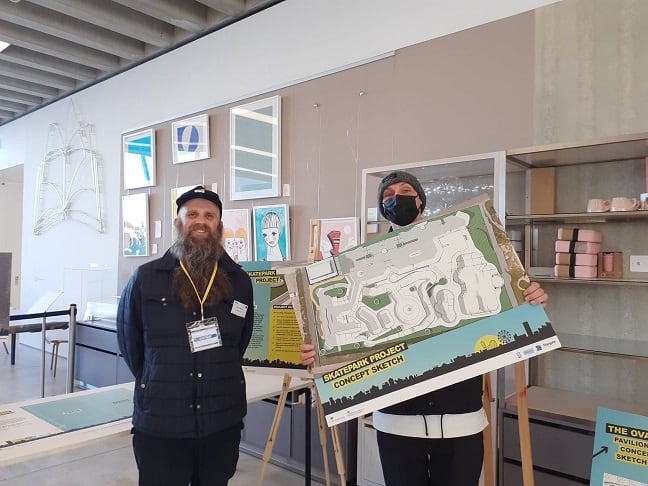 Nic Powley and Dan Cates, from Margate Skateboard Club, were at the event to talk to people about their proposal.

Many projects are having their business cases drawn up with help from Thanet council but Nic and Dan have done a large part of the work themselves because of the specialist nature of the project and the need for a design t be in place for costings to be worked out.

Their aim is to get all ages involved. Dan said: “Skating can have a positive effect on mental health for all ages.  In the 80s, as a newer sport, is was seen as something for kids but now it goes across all generations. Things like being in the Olympics have helped change perceptions and there are people who started skateboarding in the 70s and 80s who still do it to a certain level now.” 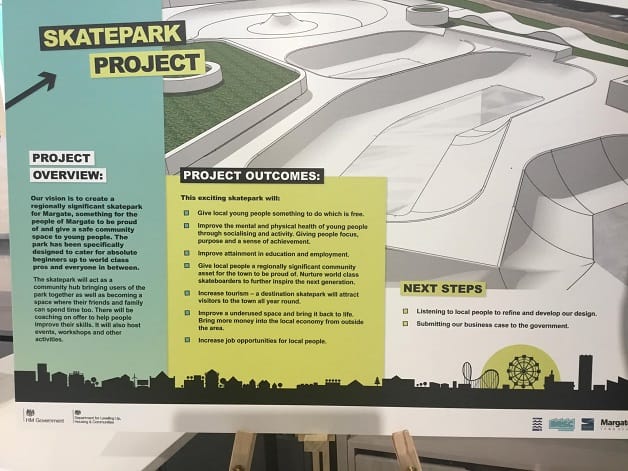 Nic added: “It’s not just a young people’s sport, there are now guys in their 50s skating and surfing.”

The Margate Skateboard Club plans include a toilet and a kiosk with the kiosk having a hub for staff of the CIC to support community engagement activities and deliver health and wellbeing programmes.

Income from the kiosk will be used to maintain the toilets and the Skatepark, covering running and maintenance costs. 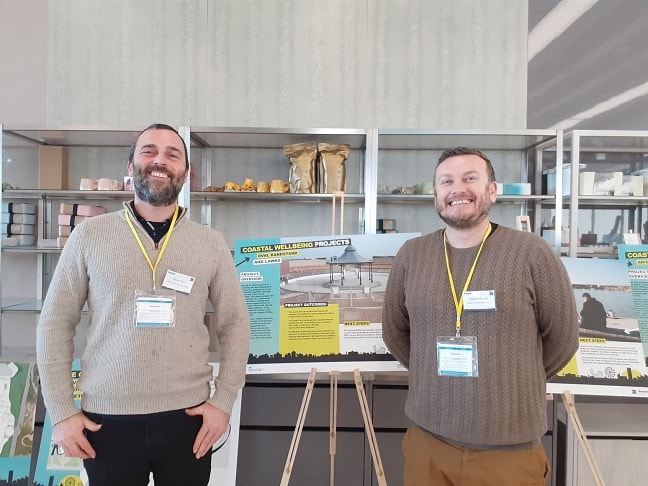 Grass took on the lease for the site last year and have been working on a number of improvements.

Under the Margate Town Deal there is an allocation of £500,000 which will be used to continue that work and create a Pavilion.

Stephen said: “We need to make the site work 365 days a year, so think Ellington Park and the fantastic results they have achieved.

“It’s about repurposing what’s on the site, honouring the heritage and making a useable, accessible space for the community.” 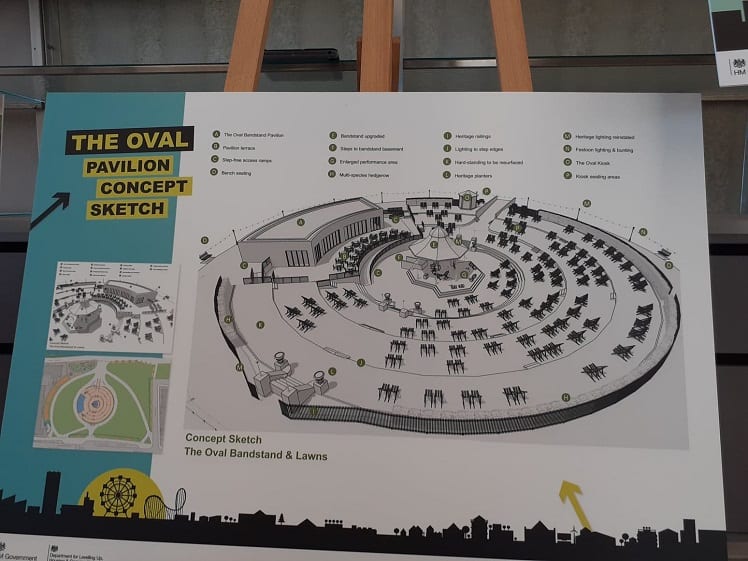 Grass want to also include training and education in their plans and are talking to mental health charities about involvement to build on community wellbeing uses.

The aim is also to reconfigure the bandstand area so it is a 360 space – a “theatre in the round”- which will mean moving the toilet facilities. The pavilion will be wheelchair accessible.

There will also be wildflower meadows, lawns, a mini wetland, a mini-forest, and paths lined with wildlife-friendly plants to create a “coastal eco-park” alongside artworks, social and activity spaces.

Brian said projects are headed by local people and have been created through engagement with residents in Margate.

He added: “Hopefully (town deal projects) will inspire others to come and work with us and invest in this.”

Cllr Pugh said: “The pop-up gives people the opportunity-to meet those from the projects and the project team and get an understanding of how big this is for the town. It  is just about the £22million, it is expected to kickstart 5,6, maybe 10 times that in private, inward investment, the proposals across Margate are the catalyst for that.”

Cllr Ashbee added: “It is confidence building and this is the foundations. Projects like the skatepark are tangible and people can see things developing.”

Once business cases are signed off and funds are released there will be five years to deliver the projects. On the ground work is expected to start by mid to late 2023.

The pop-up event is open until 4pm.

Find out more about the Margate Town Deal here