A £4million allocation from the Margate Town Deal fund for Dreamland will be used towards the renovation and reopening the cinema building which has been empty for more than a decade.

The site will be turned into an entertainment and conference centre with space allocated to community use – understood to be the People Dem Collective group which headed up Black Lives Matter demos last year – and charities.

The allocation has caused controversy with some questioning why the privately owned business is receiving public funds. The Dreamland estate was sold by Thanet council to park operator Sands Heritage Ltd last year for £7million – £2.3 million for the Dreamland estate and £4.7million to buy the car park area which was finally handed over this month.

Thanet council says the Dreamland project will bring people to Margate, attract further investment and boost both the local economy and employment.

Thanet council Cabinet member Rick Everitt said: “The restoration of the Grade II* listed building is hoped to improve the visual aspect of the seafront and to generate significant footfall into the town and attract further investment, both in turn benefiting the local economy.

“Reopening the cinema building will help support the provision of activities during the out of season and the winter season. A 365 visitor offer is important to the town as it will provide the ability to offer year round employment, in particular because Dreamland is an employer of young people.

“The specialist work required to transform Dreamland’s Grade II* listed cinema building will cost significantly more than the money awarded by the Margate Town Deal. Repurposing the cinema building without public seed funding is not viable, there is a heritage deficit due to its listed status and long term vacancy. This is the funding gap that the Margate Town Deal investment will fill, making it a far more attractive investment opportunity, acting as a catalyst for private investment.

“Having already invested £50 million into the estate, Dreamland is now focused on securing further significant funds to progress the next stage of their development plans.”

The Town Deal Fund asks for private sector investment to match fund the public investment and says Dreamland has shown ability to do this.

The park has been running at a loss with a £6.3 million deficit in 2018 and a recorded loss of £25.8million for 2019 although £21.8million of this is ‘write off’ for impairment and depreciation of assets – meaning a reduction in the value of holdings such as plant, property and equipment. This depreciation may correspond to a downward valuation of the estate which was recorded in Thanet council’s annual statement of accounts prior to the sale of the site. In this there was a £19.5m revaluation loss in respect of Dreamland due to its reclassification from a Heritage Asset to an Asset Held for Sale. Applying a “ market value” resulted in the significant reduction.

A £750,000 gain for disposal of ‘tangible’ assets is also recorded, again this is likely to mean equipment, plant and/or property.

Dreamland’s latest annual report says the park increased revenue after switching from pay to enter to free to enter, resulting in three times the number of visitors than achieved in the previous year. Revenues grew from £4.72m in 2018 to £5.71m in 2019, an increase of 21%.

The report also reveals proposals of ‘extensive redevelopment of undercover areas’ to reduce the impact of weather and encourage all-year use.

In early 2019 a new senior management team was put in place and  further investment was made “to increase dwell time and broaden consumer offering, particularly focused on driving the events business.”

The report adds: “The emergence of the COVID-19 pandemic in quarter 1, 2020, has had a detrimental impact across the leisure and hospitality sector throughout the 2020 financial year.

“The Dreamland park operation has been no exception and a decision was made early into the pandemic not to open the Park for the 2020 season. Alongside this, the management team have undertaken a full restructuring exercise to mitigate cost exposure, expected to deliver an improved year on year EBITDA performance, despite the main business not trading.

“A total of 52 positions have been made redundant since January 2020 with an associated redundancy cost of £53,000. These redundancies will deliver a full year equivalent employment cost saving of approximately £1.67m.” 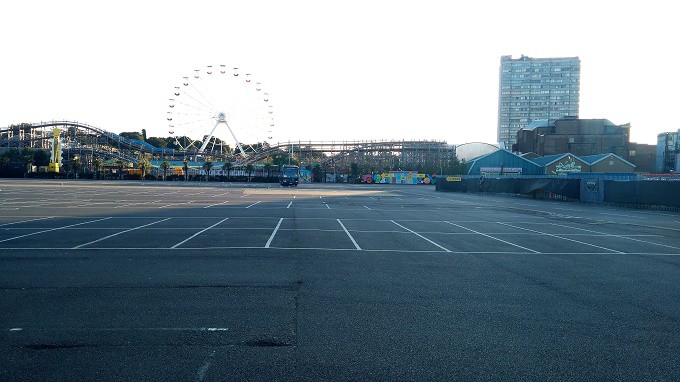 The report also notes the buy up of the Dreamland freehold in December 2020 and the hand over of the 400-space car park  from Thanet council this month, which is expected to “improve an additional high margin revenue stream for the business going forward. “

The car park is due to be reopened with Smart Parking Limited managing the operation.

The rates will match the Arlington Car Park prices, meaning the Dreamland Car Park will be cheaper than it was previously.

The buy out of the Dreamland estate was funded by the introduction of new equity in to the business.

Margate Estates also has planning approval for a new seafront hotel. Previously, Dreamland CEO Eddie Kemsley, who is also a member of the Town Deal Board and chair of the Town Deal people’s panel, told The Isle of Thanet News that the aim was to look at ways to increase the number of hotel beds in Margate and to hold more events out of the main season, creating a 12 month business and the permanent employment associated with that.

The immediate Dreamland parent company is Margate Estates Limited but the ultimate controlling party remains as Arrowgrass Master Fund Limited which announced a decision to shut down in 2019 after a slump in capital and requests from investors to withdraw funds. This came on the heels of a legal wrangle over the exit of a senior executive.

Arrowgrass made an investment of circa £25million prior to Dreamland’s reopening in May 2017, bringing operator Sands Heritage out of administration in October of that year. It has invested a similar sum since that date.

Further Arrowgrass investment, includes the purchase of flats in Arlington House, discussions to take on the freehold and purchasing properties surrounding the park in Marine Terrace and Belgrave Road.

The investment in Dreamland was also raised in legal papers to the New York Supreme Court. The case was lodged by former Arrowgrass investment fund manager Michael Edwards against the firm.

Dreamland reopens to the public with its Summer Social programme of food, drink and large screen sports on Thursday, May 27.

Eight park rides will be in use from July 10 but others, including the Scenic Railway, will not return until next year.

Joining established classics such as the Waltzer, Scrambler Twist and Gallopers will be a  new attraction — The Ghost Train. Originally built in the 1960s the ride has been lovingly restored.

The Toytown Carousel and Austin Cars will be ready for younger riders while all the family can enjoy The Rocking Tug and a new Giant Dodgem Track with 20 superfast cars.

Rides for this summer will be available on a pay-per-ride basis with prices starting from £2.

A full programme of gigs hosted at the park is also expected with many events already announced.

Find out more on the Dreamland website at https://www.dreamland.co.uk/