An ‘art box’ has been installed at the Newgate Gap shelter in Cliftonville.

The application, lodged by arts charity Stretch which took on the structure as a community asset transfer from Thanet council last year, was granted in September.

The organisation works with marginalised groups to deliver art projects.

The ‘art box’ is due to be in place for up to two years and will be used as a base to display art. 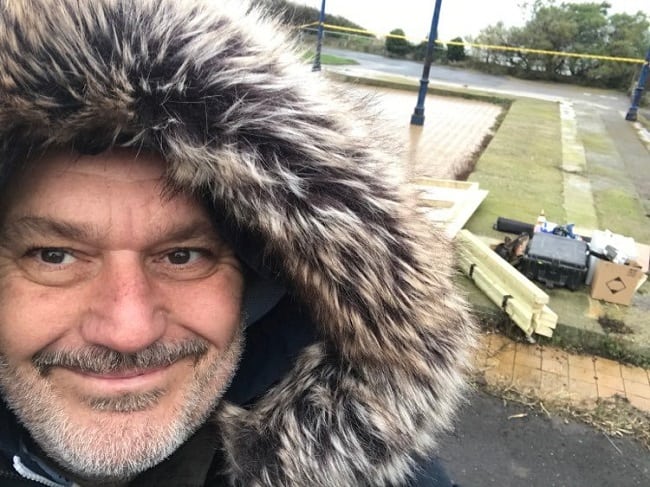 Benches are also due to be installed, said Dean Stalham, from Stretch arts charity. He previously told The Isle of Thanet News: “The art box will be covered from top to bottom, on all sides with art every day for two years. The art will be on vinyl posters. From the sea walk and road it will be visually amazing.

“The change of art will be made every three weeks. so it will be an everchanging landscape. We want people to walk up to it and be amazed.”

Dean says an initial line-up will start with an exhibition from the Albion Rooms this month, Next will be posters from the Stretch Inside Out Project which took place in 2019. This consisted of some 70 Thanet based artists having portrait photos taken.

Then will come Charlie Everisto- Boyce and his ‘Amazing’ collection, that is featured and sold in Turner Contemporary and this will be followed by an exhibition from Margate’s new Love Café which is run by Libertines co-frontman Carl Barat, chef and restaurateur, Gizzi Erskine; partner and Cruel Hearts Club’s’ front woman Edie Langley and music industry insider Ronnie Traynor. It is based at the old Black Cat site in Marine Gardens. 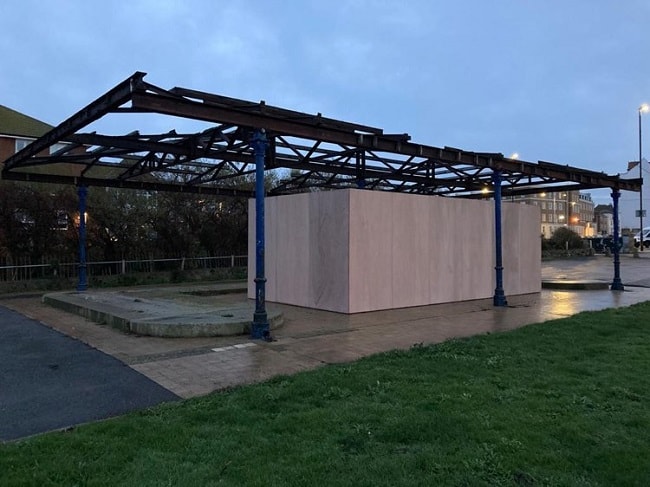 Long-term plans for the shelter include the first national museum for Outsider Art and are said to include a rebuild “that will be sensitive to the original features and incorporate as much of the roof and iron work as is safe and possible,”