A Kent Police Community Support Officer is hoping his efforts to keep Thanet tidy will encourage others to play their part too.

PCSO Adrian Butterworth was determined that the memorial in Trinity Memorial Gardens, Margate, would look at its best in readiness for this year’s Remembrance service. As a veteran, who served in the Royal Artillery, the cause is also close to the PCSO’s heart. 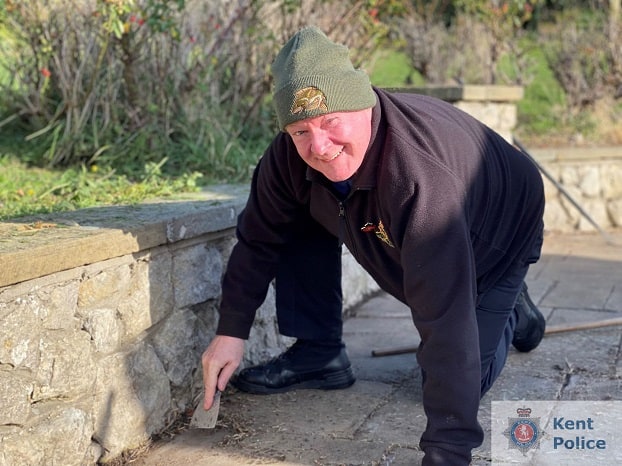 He said: “I attend the Remembrance Service every year. A while ago I spoke to a woman who said the paved area was covered in dry grass and she mentioned how nice it would be to clean it up. I thought it was a great idea, so I spoke to other agencies to see if they wanted to get involved. I just took the idea by the reins and drove it forward.

“Obviously the council would normally have carried out the maintenance of it, however I just thought it would be nice to give something back to the community.” 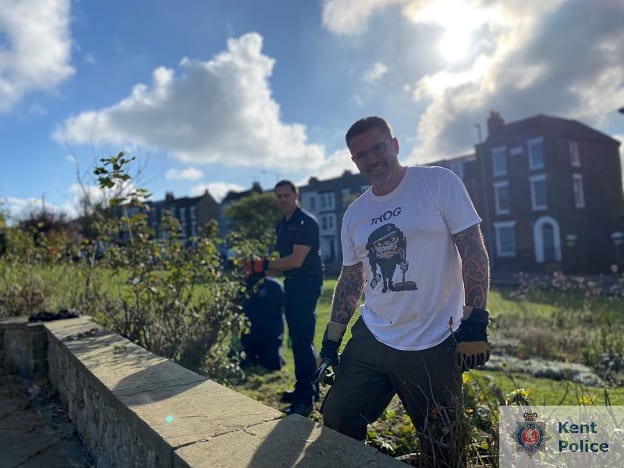 The clean-up operation was carried out on Wednesday, November 3 and saw boots on the ground from Kent Police, Kent Fire and Rescue Service, Thanet District Council and Kent County Council, as well as Margate’s Mayor and local councillors, who were all happy to pick up a tool and get the job done. Veterans from Age UK also came along to help out with the work. 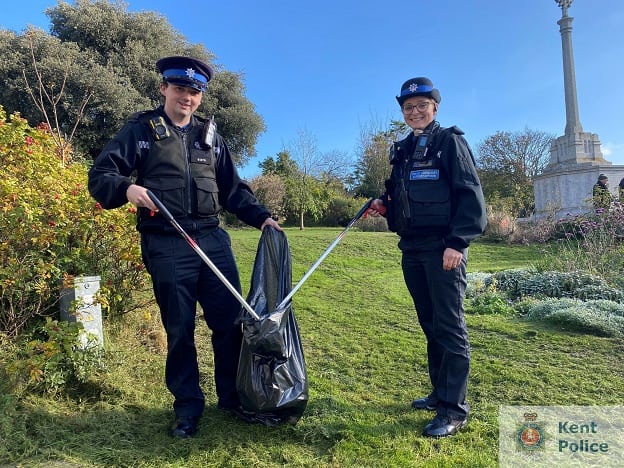 PCSO Butterworth is hoping that his actions will inspire others to consider whether they can do something similar in their own communities.

He said:  “As a crime prevention officer for Kent Police, I know that keeping areas tidy, clean and free of rubbish encourages people to take pride in where they live. If a place is unkempt, covered in litter or graffiti and looks uncared for, it can attract further anti-social behaviour and crime.

“A simple activity such as this can have a big impact on where you live. 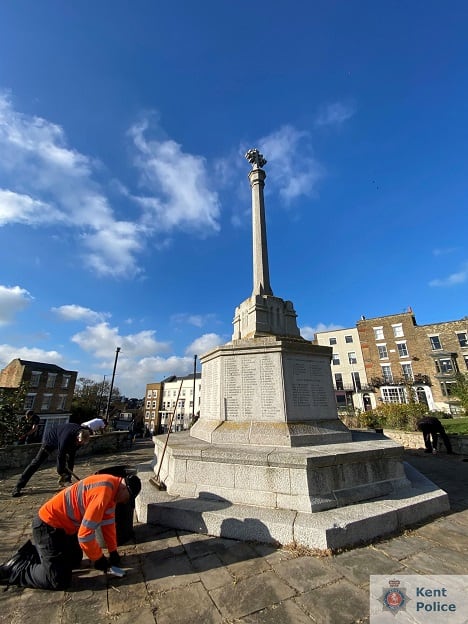 “Everyone was keen to help out, and by working together Trinity Memorial Gardens was looking lovely within a few hours. The grass was mown, plants were pruned, litter collected, and the paving stones around the memorial were cleared of any weeds and moss.

“In Minster they decorate the village with knitted poppies and after speaking to a councillor, it was very kindly offered that the remaining unused poppies could be used to decorate the two streetlamps leading up to the memorial in Trinity Square.

“I want to thank everyone who got involved to spruce up the area, it was a real team effort.”