A Ramsgate boxing trainer is helping his childhood friend on his journey of recovery from life-changing injuries suffered in a brutal attack three years ago – and is working on opening a community gym to help people living with poor mental health and/or disabilities.

Joe Shaw, 27,  suffered serious head injuries in an unprovoked attack in Ramsgate town centre in March 2018. The ferocity of the assault meant Joe had to be transferred to Kings College Hospital in London, heavily sedated and in the critical care unit in a coma, breathing through a ventilator.

Determination and hard work meant Joe returned to Ramsgate in August 2019 to live independently. He has since learnt to speak again, made significant progress with walking and has become a champion in fighting for disability rights. 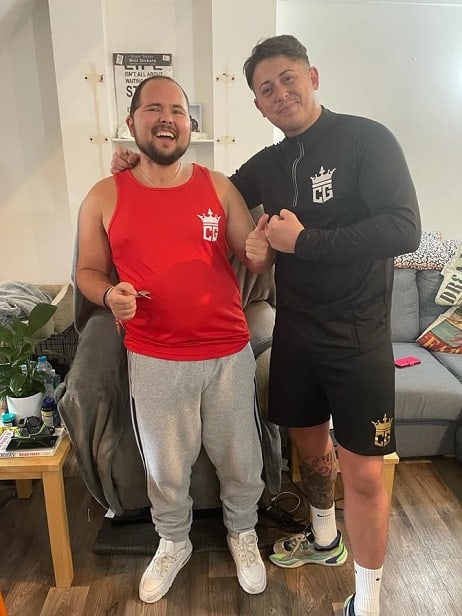 Now Joe is working on co-ordination and fitness under the guidance of boxing instructor and  friend Connor Gorham.

Connor, who runs CG Boxing and Fitness, has known Joe since they were 10-year-old boys training at the ABC boxing club in Ramsgate.

The 27-year-old said: “I have been working with Joe for about seven weeks. I am just getting him back into the sport and he is doing really well.

“I am helping him with recovery through training, improving hand/eye co-ordination, doing squats, improving brain function. He is doing really well and making good progress.”

Thanet’s welterweight boxing champ Takaloo has also taken part in a session with Joe alongside Connor.

Joe said: “It has really helped. Mentally it has given me routine and structure and structure is a really big thing in life, Takaloo has also said he wants to help train me. It’s amazing, all this support is so overwhelming.”

Joe says the training boosts the invaluable ‘optokinetic stimulation’ app that he has been using since last year. The revolutionary app uses a set of lines which he looks at on a laptop which creates sensory conflict in the brain between vision and the balance system in the ears. The brain will then recover those systems which means balance can be recovered and muscles can then be used to regain tone and strength.

Talking of Connor’s ambition to open the community gym, Joe said: “This makes me extremely happy.” 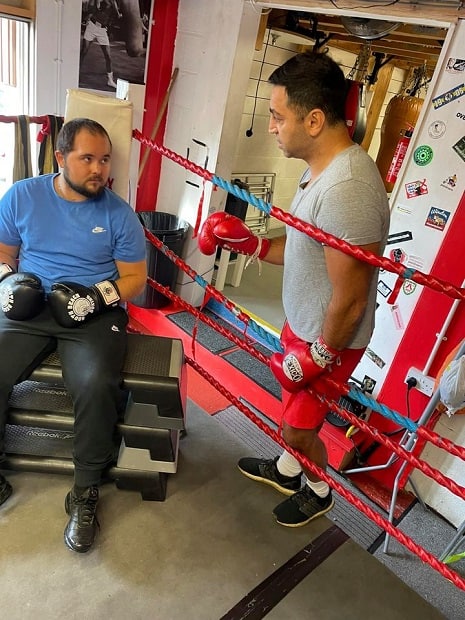 Connor, who has recently got engaged to partner Brie with the couple are expecting a baby, says his aim is to set up a premises where he can work with youngsters and people with mental health needs and/or disabilities.

Connor had his first match as an 11 year old and boxed professionally until he was 22. He has since qualified as a trainer and also launched his own fitness clothing line. 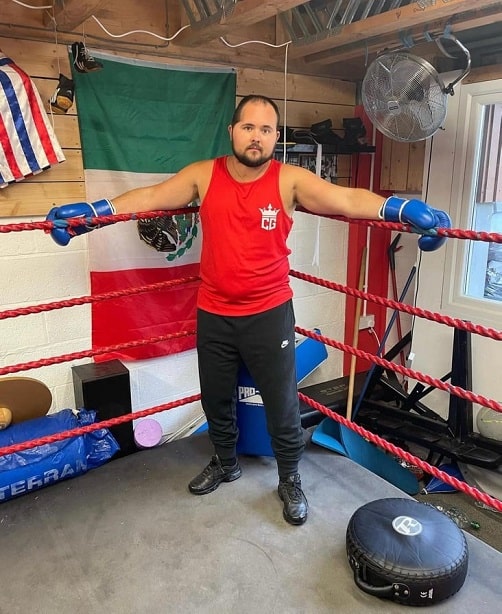 The former St George’s student said: “I am looking at a premises in Ramsgate and want to have a sensory room for people living with autism, soft play safe areas, coffee area for parents to sit while the kids are training or playing. 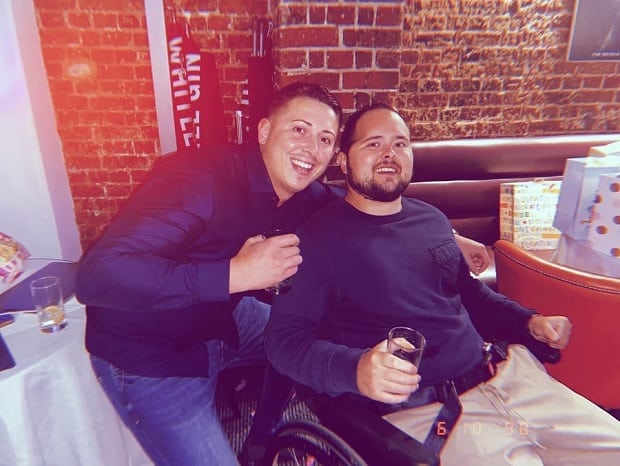 “When I was younger there was a lot going on at home and boxing was how I channelled my anger, turning it into something positive.”

Connor has seen CG Boxing and Fitness grow not just with clients but also in the expansion of the clothing line which started as tops for some of those people he trained and now is an online shop with an outlet in Margate.

Connor said: “When the premises in Ramsgate is ready we will stock the clothing in there.”

Negotiations for a property are in the early stages.