Once cleared the land will be used to site a new secondary academy.

Park Crescent Academy will have a teaching block which houses all teaching and administration areas as well as the assembly and dining halls, and a sports hall.

The lower part of the site will of the site will have outdoor grass pitches and a multi-use games area. These areas as well as the sports hall are likely to be open for after-school hours community use.

The six form academy is expected to open in September 2023. Also included within the new school will be a 20 place Specialist Resourced Provision for pupils whose primary barrier to learning is Autistic Spectrum Disorder (ASD).

The academy sponsor is The Howard Academy Trust. Planning permission for the project is yet to be decided but demolition works were approved in August.

The CQC had ordered the trust to shut down residential accommodation attached to the college with 38 residents aged 19 to 22  being moved to alternative facilities after the revelation of physical abuse incidents. 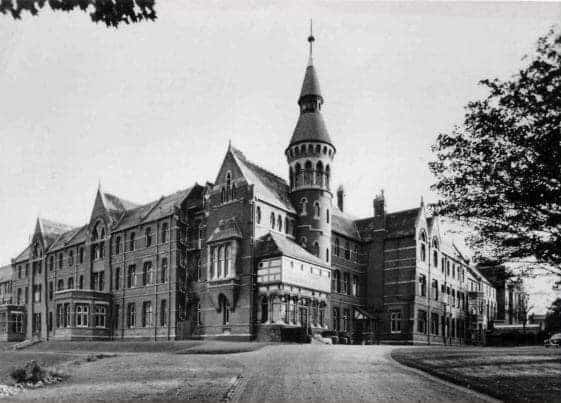 The Royal School for Deaf Children was the oldest in the country, with the Margate site dating back to 1876.

The site features around 120,000 sq ft of school buildings, including former student housing.

The hydrotherapy pool and gym is not affected by the project.

The new secondary school project is going ahead after an attempt to shelve it was overturned by the government.

In October 2019 former KCC leader Paul Carter announced the decision not to go ahead with a new build at the site in Margate.

The proposal, first announced in 2017, had originally been to open at the former Walmer School site with 150 pupils and then transfer to the new build with pupil numbers predicted to double and the school roll having students from Year 7-Year 9.

But KCC ditched the plan saying it wanted to expand existing schools in Thanet including Ursuline College and King Ethelbert’s School with a temporary expansion also planned at the Royal Harbour Academy in Ramsgate.