The covid pandemic and a change of location may have held up plans but the opening of new micropub The Royston is now set to take place in August.

Resident and former corporate salesman Andy Smith, 46, is hard at work stripping out and refurbing the venue in The Broadway,  Broadstairs which became vacant when the Three Graces gift shop moved further down the road. 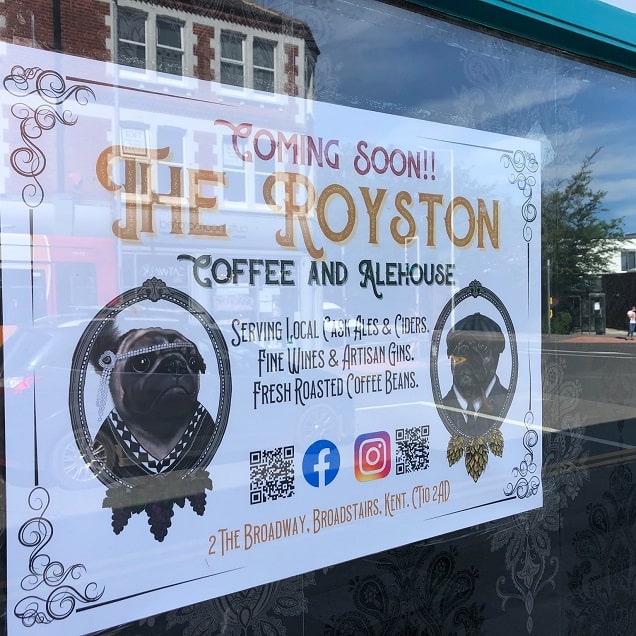 The micropub, named after Andy’s dad Roy who passed away at Maurice House after a period of dementia, will showcase Kent brewery ales and ciders and be on offer for use by community groups.

There will also be support for other businesses with patrons able to order in food deliveries from local restaurants and plans for a scheme with trades offering services to customers. Local produce, including freshly roasted coffee, will also be served and Andy will be selling a variety of different coffee beans for people to use at home. There will also be ciders, wines and artisan gins.

Andy, who is being backed in the venture by fiance Melissa and their son, 25-year-old Liam, had originally planned to open at a premises in Chandos Road but is now more central with the larger town site.

Son Liam, who is on the team at Klaxon Creative production company and was involved in the new music video release by Thanet’s Kane McArthur, has been capturing the work to create a timelapse film of the whole project.

Andy said: “Liam has set up a go pro so people will see it go from an empty shop to something pretty fantastic.

“I have more space than the previous site so there are lots of ideas to do something even bigger and better.”

Andy says he has had invaluable support from local businesses, including John Beerling and Max Bell who run The Pub franchise. The brothers have sites in Ramsgate and Herne Bay and are currently looking for a new Broadstairs property after having to leave The Broadway. Although The Royston is not part of their franchise Andy says they are encouraging their locals to pop in and have offered advice. 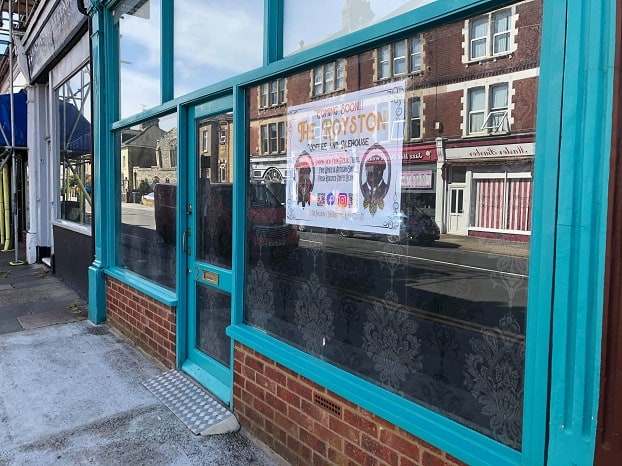 The Royston, which will have live music and outside seating until 9pm, is going to have a eye-catching themed décor.

Andy said: “There is going to be a mix of themes comprising a bit of industrial, a bit of Art Deco, some steam punk, Victorian and Edwardian. Together they are going to make something quite amazing.”

Andy, who was previously part of a social enterprise working with category B prisoners in the café/kitchen, teaching them catering, customer service and barista skills, is aiming to open just before Folk Week.

The former Upton and St George’s student says The Royston will be a place for the community, with the doors also open for clubs and organisations to hold their meetings and also quiz nights and other events to raise money for local charities and good causes.

In addition to Andy as owner/manager and son Liam, an experienced barman also helping at the helm, there will be a number of jobs created.

The Royston now has a facebook page for people to keep up to date with progress.

Andy said: “There has been so much support, it’s amazing.”