PTES is asking anyone with a garden or access to a local green space – including school playgrounds, church yards, parks, allotments and traditional orchards – to create a log pile (or pyramid) for stag beetles and other invertebrates, and record their location online. This will enable PTES to see where these important deadwood habitats exist, where more need to be created, and hopefully inspire others to create their own too.

Creating a log pile is easy; simply keep any logs, wood chips, old firewood or fallen branches and place them in a corner of your garden or green space. The log pile can be neat or untidy (insects don’t mind!) and can be made using a variety of different sized pieces of dead wood and leaves.

Different locations will attract different species – if positioned in the shade, the log pile will stay damp and is good for fungi, mosses and some invertebrates, but if in full sun, the wood will dry out and is good for solitary bees. Tree stumps or hedges that have either died naturally or have been cut down can also be retained and added too. 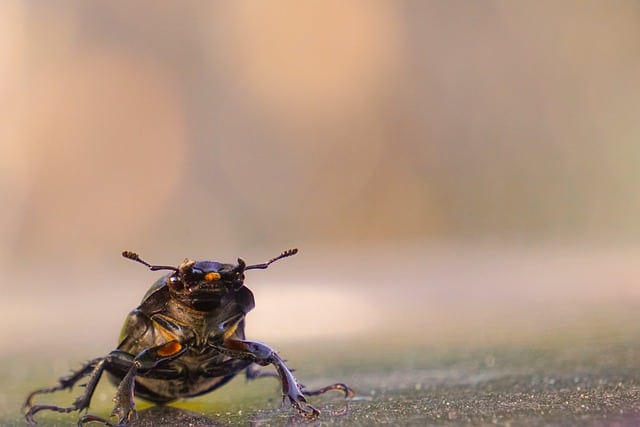 To make a log pyramid that will benefit stag beetles specifically, you will need to partially bury the logs upright in the soil. To enable stag beetles to lay their eggs, and for larvae to move in and out, make sure there is space filled with soil in between the logs.

Once your log pile, pyramid and/or tree stumps are in place, simply record their location online: www.stagbeetles.ptes.org

Laura Bower, Conservation Officer at PTES, said: “Gardens and green spaces are a haven for all sorts of wildlife. Creating log piles, pyramids and leaving dead wood to rot down into the soil makes the perfect habitat for a whole host of species, including stag beetles which, like many invertebrates, are declining across the country due to habitat loss.

“Stag beetles have even become extinct in some parts of Europe, which we can’t let happen here in the UK. Helping invertebrates in this way couldn’t be easier, so we hope lots of people can help by making a stag beetle a home this summer!”

Log piles and dead wood are hugely important habitats for many endangered species, including iconic stag beetles – Britain’s largest land beetle. From grand ancient oak trees to an old buddleia stump in your garden, dead wood is actually teeming with life. Stag beetles need underground dead wood in order to survive; females lay their eggs in soil close to rotting wood, and once the larvae hatch they feed on the rotting wood for several years until they are ready to emerge as a fully grown adult beetle.

PTES is also asking people to record any sightings of stag beetles (or larvae) as part of its annual Great Stag Hunt, a long-term citizen science survey that’s been running since 1998. Last year, over 16,000 stag beetle sightings were recorded across the UK – the highest number ever recorded, due in part, PTES thinks to lockdown, as people were at home more and taking a greater interest in the wildlife on their doorstep.

From June onwards, stag beetles emerge from the ground in order to find a mate. They are most commonly seen flying on warm, summer evenings in gardens, parks, allotments, traditional orchards, in hedgerows and on woodland edges. Stag beetles are mostly now only found in areas where the average temperature is higher and rainfall is lower, such as southern England, the Severn Valley and along the Southwest coastline. But, PTES is asking people in all areas of Britain to keep an eye out for this majestic beetle, to gain a better understanding of where they are still living.

To take part in ‘Map your log pile’, to record a stag beetle sighting via the Great Stag Hunt and to find out more about stag beetles, visit: www.stagbeetles.ptes.org

On social media, PTES would love to see your log pile and stag beetle photos using #MapYourLogPile and tagging @PTES.