Thanet musician and activist Kenwa – aka Kane McArthur – has released a music video for single Winning to mark a year since he organised a Black Lives Matter march in Ramsgate.

The video was filmed in Margate and directed by Thanet’s Emily Close and LA Smith Media.

Kenwa, from Broadstairs, says the killing of George Floyd in America – which was the catalyst for BLM demos around the world -started him on a journey and was the cause of his connection to community group People Dem Collective which aims to create a cultural centre in Margate and promote Black, Brown and Diaspora heritage.

The 23-year-old said: “Growing up in a seaside town, where not only is there a lack of opportunity but you’re also a minority, can be difficult as a young creative of dual heritage.

“I feel like music gave me the outlet to express and connect with my culture, which I always felt was important regardless of the lack of positive representation in my area.”

Through the collective he found talented professionals/mentors that could help guide him to achieving the things he never thought he could.

He said: “From young I’ve witnessed, heard, been victim to the sort of discrimination that can be faced in an area like this but I always would try to converse and use my words to resolve these issues and try challenge bigoted opinions.

“When I started making music three years ago, I realised that I could use it to speak my truths and try to spread a message of unity, as well as give guidance to other young people growing up and who are experiencing similar things.

“I’ve always been an ambitious, positive and passionate person and always tried to affect my local area in a positive way with the optimism of wanting the younger generation to see they can dream and achieve more than they might think.”

Since the march, Kenwa has taken part in several creative mentor opportunities with People Dem Collective. As part of their youth programme, PDM has been linking local young people with experts within creative industries and were able to connect Kenwa with director Tom Dream & Black Dog Productions.

Kenwa was sent on a shoot where he met artists Che Lingo and Nao. The resulting film and photos were projected on the side of Arlington House in Margate – an iconic display promoting the Margate NOW festival.

Kenwa said: “Although this video was created by all our hard work, I would never have ended up actually doing it to the level we did without the People Dem Collective. I say this because every amazing opportunity they put me forward to do, from the Black Dreams Matter project to the Arlo Parks – Dazed x Gucci project, not only gave me the inspiration and optimism to want to achieve something of this level but also key knowledge and experience I wouldn’t of had without the People Dems mentoring.

“Their guidance showed me that these things are achievable for people like myself and my friends. So, I just mirrored that same mentorship to my peers, by giving those that hadn’t been in that environment the chance to and get a credit to use for their portfolio and then also use one another’s skills to elevate it even more.

“Seeing young professionals move to the area but not much actually happen locally it was important to us to show the world Thanet does have amazing, talented young creatives. So that’s what we did.”

Kenwa’s mum Shams also gets a role in the video. The QEQM nurse can be seen in the opening scenes.

Shams said: “I’m so very overwhelmed and proud of Kane and the man he has become. He is a very well grounded, kind soul that respects the older generation. I’m just overwhelmed by him daily.” 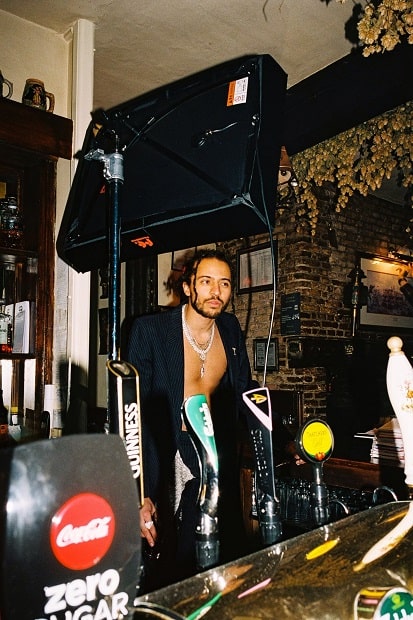 Director Emily Close added: “It was really important to Kane, Liam and I that Winning was a homegrown project. We pulled together a talented crew of local, young creatives that we’re lucky to call our pals, and started the process.

“The making of the video was nothing short of inspiring as everyone involved was passionate about both the track and its visuals. Kane’s lyrical ability is outrageously good and I can’t wait to watch his journey of success because this is just the beginning.

“I’m incredibly proud of and thankful to everyone involved, without their hard work it wouldn’t have been possible.”

People Dem Collective is a community group based in Margate which facilitates systematic change, promote healing and continue the work of their ancestors. Members of their leadership team are from Black, Brown and Diaspora (people of cultural heritage other than the place they were born) communities in Thanet. The collective was born out of a lived experience of lack of space, engagement and inclusion for Black, Brown and Diaspora communities.

The Collective is working towards the aim of setting up a significant national cultural centre on the seafront in Margate. The hope is to create a space to house a holistic wellness centre, Black, Brown and Diaspora archives, programmes for young people and LGBTQIA, whilst also giving elders opportunities to pass down their stories, experience and wisdom.