A “cunning and manipulative” Broadstairs woman found guilty of a fake cancer con has been given a prison sentence of 2 years 9 months – plus one year to run concurrent.

Nicole Elkabbas was sentenced at Canterbury Crown Court today (February 10). She duped people into giving her money via a Gofundme campaign in 2018 claiming she needed cancer treatment but then spent it on gambling and high living,

In November the 42-year-old of Edge End Road, was found guilty of two counts of fraud and possession of criminal property relating to money she received between February and August, 2018 through her fake cancer campaign.

Elkabbas conned some 600 people into donating to the fund and even lied about having a cancer operation to “remove her right ovary”. Elkabbas groomed her victims online and from her local community. The alert was eventually raised by an eagle-eyed private hospital consultant who reported his suspicions to police.

The trial in November heard from George Tsavellas, a Laparoscopic and Colorectal Surgeon at the Private Spencer Hospital in Margate, who described how he had “felt great disbelief” upon hearing of the fake cancer campaign.

Mr Tsavellas said he had been “made aware of the campaign online”. Upon seeing the photograph of Elkabbas appearing to be very sick in a hospital bed, he had a suspicion that it was taken in a room at the Spencer Hospital in Margate and not at a Spanish hospital as Elkabbas claimed.

Mr Tsavellas had diagnosed the defendant with “gallstones” and “upper biliary colic” and carried out “key-hole surgery” to remove her gallbladder as a routine surgery in November 2017. This was when the fake cancer photo was actually taken.

Today in court, Elkabbas complained about the adverse publicity and media coverage her fraud trial had attracted.

HH Judge Weekes told Elkabbas: “You were convicted on clear and compelling – some may say overwhelming – evidence of the two charges that you faced: an offence of fraud by false representation and an allied offence of money laundering (the proceeds of your fraud).

“So far as your culpability is concerned, it must fall at the highest level – there was both sophistication and planning in the set up and throughout – your carefully turned phrases and choice of words in your updates to add verisimilitude to what you were saying.

“There were a large number of victims, and this was conducted over a significant period of time.”

The judge told the packed courtroom Elkabbas had “produced detailed and at times graphic account of the treatment you were receiving with a view to keeping those you had snared in your web of lies paying you money.

“You tugged at their heartstrings; you made mention of your child to add gild to the lily still further and to attempt to wring more cash out of those you had deceived. All the while, you were gambling, enjoying shopping trips and luxuries in Italy and Spain at their expense.”

The court also heard today that the true extent of Elkabbas’ fraud was for £52,850. There were 697 individual payments made to GoFundMe and more than 600 victims in total.

The judge told Elkabbas: “There are many real cases of those who desperately need crowd funding or charitable donations for themselves or for their relatives at times of acute anguish. Cases such as yours create a mistrust amongst charitably minded members of the public. They create a sense of unease that may make them less willing to give, for fear that, like you, the genuinely stricken person is taking them for a ride. It promotes scepticism and even cynicism in an area that can ill afford it.”

He told Elkabbas her crimes were “insulting to those who must genuinely and courageously face the battle against cancer.”

He added that it was “deeply offensive” that her behaviour had diverted highly skilled and dedicated consultants at the QEQM hospital away from their proper daily task of saving people’s lives into the task of attempting to deal with her and her allegations had the potential to damage QEQM’s reputation.

The Judge told Elkabbas she had quite wrongly impugned the professional reputation and standards of doctor Nicholas Morris and her allegations have been shown on clear and compelling evidence, to use Mr Morris’ word, as fantasy. ”

In mitigation, the court heard that Elkabbas had “taken steps to address the underlying problems that led to her offending. But the judge added: “I am quite unable to accept one of the major themes running through what they say, namely that you have been honest about your offending.

“Quite the opposite is true in my judgment. You fought the case tooth and nail, refusing the accept the fact that you had not been diagnosed with cancer and seeking to impugn the professional reputations of those who had treated you or whom you had dealing with in a non-professional capacity.

“I judge that the remorse you may feel is only partial, and stems to a significant extent from self-pity at the situation in which you found yourself after charge rather than genuine empathy at what you had done to your direct and indirect victims”

Elkabbas will serve up to half of that sentence in custody before she is released on licence. A confiscation order will be made over the summer. 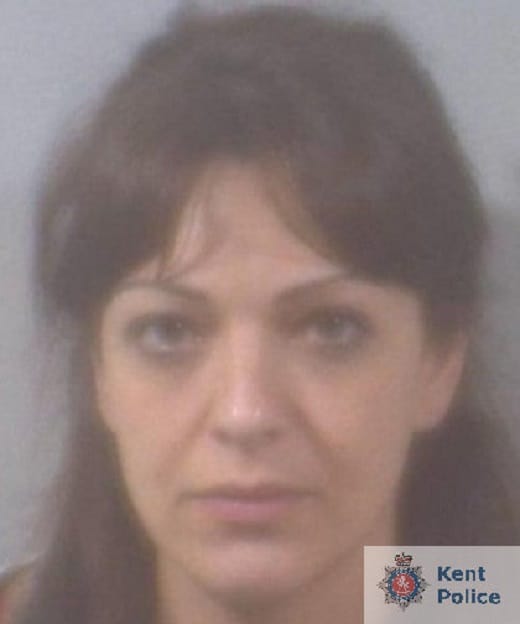 Fraud investigator Oscar Riba Domingo of the Kent and Essex Serious Crime Directorate said: “Nicole Elkabbas is a compulsive liar who took advantage of the charitable spirit of hundreds of people so she could feed her destructive gambling addiction, attend Premier League football matches and enjoy other people’s hard-earned money.

“Cancer is a terrible illness that claims countless lives across the world every day, so for Elkabbas to lie about needing treatment for it is beyond disgraceful. There is absolutely no excuse for her actions and she is deserving of the prison sentence she will now have to serve.”

Kent Police previously also confirmed that Elkabbas was also the subject of a separate fraud complaint which was made over a fundraising boxing gala.

She is said to have held a boxing gala in aid of Broadstairs Town Shed but not to have handed over the £10,000 raised.

The boxing gala in aid of Broadstairs Town Shed was held at the Winter Gardens in May 2017. A video of the event shows the crowded hall and declares the event raised £10,000.