A bottle with ashes of two best friends and a beautiful message has been sent further on its seabound journey after being discovered by a beachcomber at Nayland Rock.

Archaeologist Steve Tomlinson, from Birchington, came across the bottle at the beach near the Bus Café at the Sun Deck area yesterday (December 31) morning.

The bottle had a cork sealed with wax which was still intact but through the glass Steve was able to read part of the message which said: “Inside is a token amount of the ashes of John Henry Farrant and his best friend Rod Dowling, they often went on holiday together and are now going on their last adventure together, please feel free to scatter these ashes or replace the cork and send them more on their journey.” 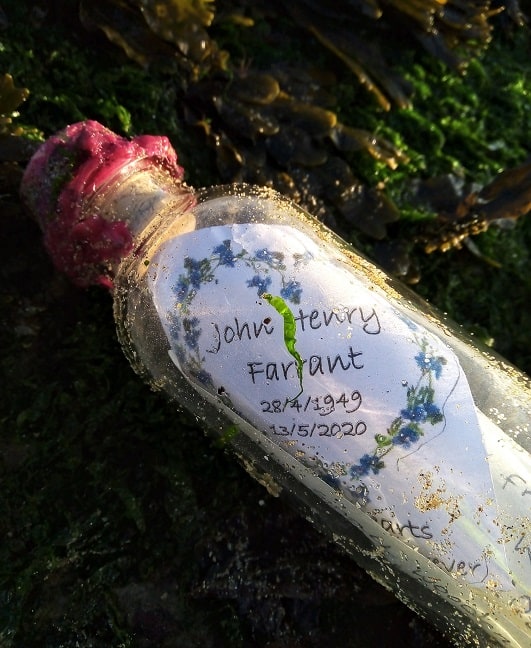 The message showed the bottle had been first sent into the water from Westgate in September 2020.

The discovery followed a ‘premonition’ the night before when Steve dreamed he was talking to a man by the Nayland ramp who asked him to send him on his way.

The dad-of-two said: “It was a weird dream but I didn’t really think anything of it. The next day I went out on my normal route on the beach and found this bottle exactly where I had been in the dream. 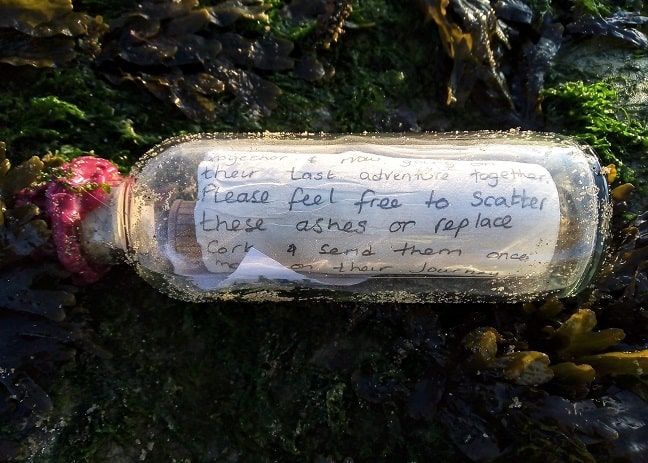 “I read the message and it was quite emotional. There was no water in the bottle and the cork was sealed very well with wax so I thought I would send them on their journey.

“The message was so sweet, you do not think you will find anything like that and I have never found a message in a bottle before. 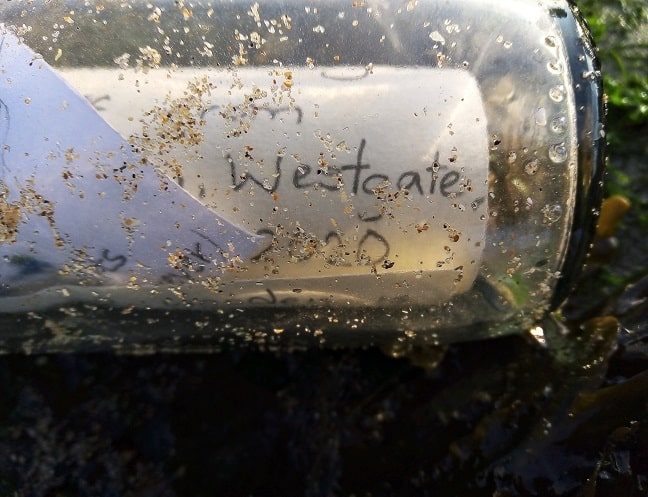 “I waited for high tide and then went out as deep as I safely could to send them out off Nayland.

“It was nice to be able to do that for the families and I hope the bottle goes further on its journey.”

Steve, 49, said he had an unusual day, also finding a whole antique bottle. In 2018 Steve hit the news when he discovered a moccasin shoe thought to be at least 700 years old and possibly dating from the Bronze Age.