A moccasin shoe that is thought to be at least 700 years old -and could possibly date back thousands of years to the Bronze Age – will be sent off for carbon dating after being discovered by Birchington dad-of-two Steve Tomlinson.

Wildlife ecologist Steve made the fascinating find along the Thames Estuary and believes the shoe -which, incredibly, is whole – could date as far back as the Roman era or even possibly the Iron or Bronze ages.

Amazingly, it has been so well preserved that once dried out toe marks of the wearer became evident inside the shoe.

Steve, 47, said: “I was walking along the Thames Estuary and came across the shoe sticking out of the clay mud. At first I thought it might just be a bit of old tat but once it started to dry out it became more interesting.

“I could see the design of the shoe and the stitching. It is a one piece leather construction made from deer, cattle or ox hide. This type of shoes stopped by the 14th century so we are already looking at it being several hundred years old.

“I have contacted around 15 archaeologists around the country and the responses have all been very positive although there is no answer yet. The majority think it is Roman, a shoe called a Carbatina, although that’s not definite.

“They also made these shoes in the Bronze and Iron ages so it could even date back to then, or the Viking/Saxon period is also a possibility. This is mainly due to its features of being a one piece leather construction with no separate sole and the stitching and the leather being made from animal hide of some sort. This type of shoe style was more common around the Roman period. which is why now is the time for carbon dating to get the answer. It’s very exciting.” 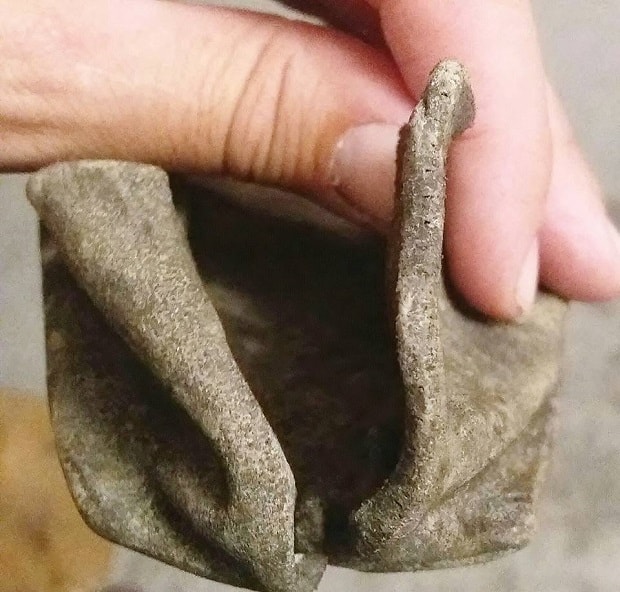 Steve has contacted experts at the University of Kilbride who have the latest carbon dating technology and he is raising the last bit of funding to pay for the procedure.

He said: “It is a very rare find if it turns out to be Roman and even if it is Medieval, from the 1300s, in the Black Death period, it is still rare.

“It has been preserved so well because it has sat in clay and been water-logged.”

Once the shoe has been dated Steve, who says he has been fascinated by history and particularly the Roman period since childhood, hopes a museum will take it as part of its collection.

He said: “I’m not interested in money, to me archaeology belongs in a museum where people can go and see it.” 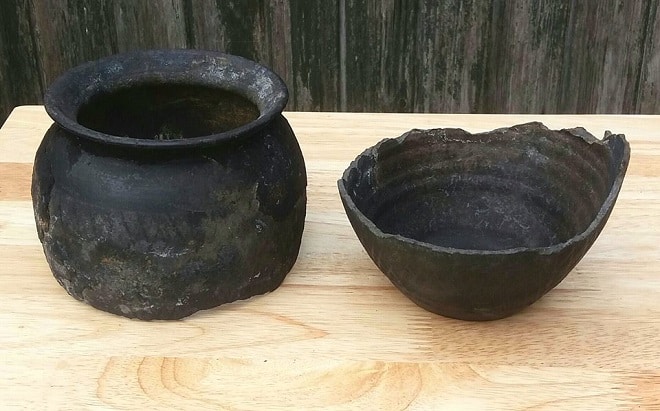 And the shoe isn’t the only historical object Steve is hoping to pass on. He also discovered  two halves of a Roman pot -four weeks apart – that turned out to be a perfect match!

He said: “I saw a bit of pot sticking out of the mud. I started digging with my hands and pulled up the top  half of  a Roman pot. It dates to around 2nd Century AD and is a black burnished ware cooking pot. It has cross-hatchings which are literally made by comb. The side of the pot was combed and that is how the decoration was made. 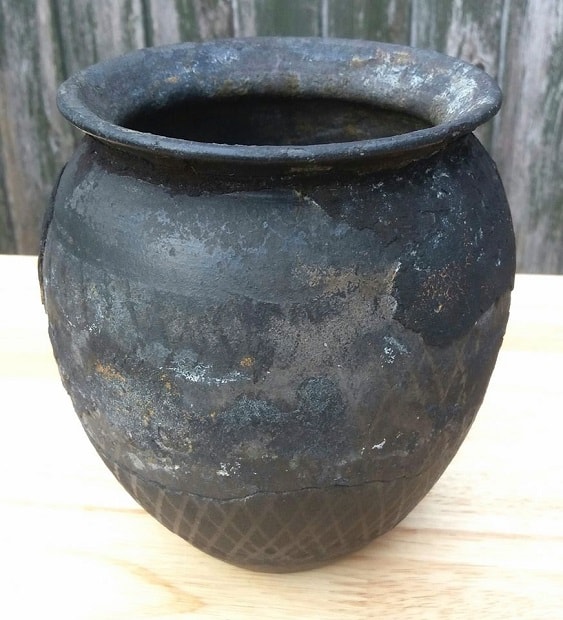 “I went home and was chuffed to bits but something was telling me to go back so about four weeks later I did and I found another bit, a base.

“I washed it all off in the sea and thought the chances that it would match the top half were a billion to one but when I got home and put it together I ended up with a complete Roman pot.”

The pot will also go to a museum and interest in taking it has already been expressed.