Phase Two of the Royal Sands development on Ramsgate seafront is underway with around half of the first phase apartments already secured by buyers.

Thanet-based Blueberry Homes is creating 106 luxury 1, 2 and 3-bedroom apartments, each with underground parking, a 60-bed hotel and gym and leisure and retail units. There are also plans for an upmarket spa franchise at the site.

The first phase of the build, at the Ramsgate Tunnels end of the site, consists of the 26 apartments with the planned hotel at the Wetherspoon end of the plot being in the last phase. 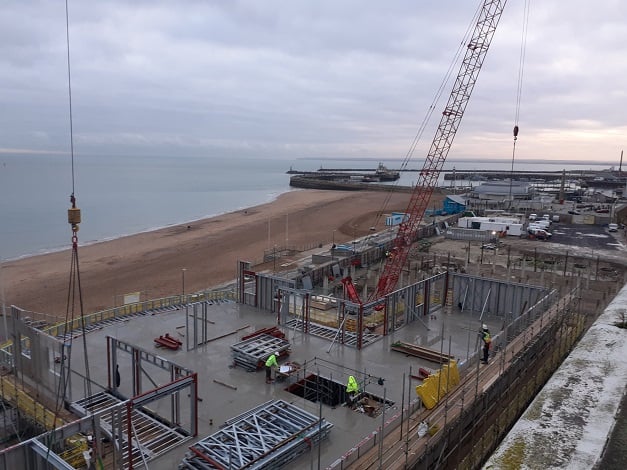 Blueberry Homes started work on the long-awaited Royal Sands in June and has an estimated three-year completion time.

The first phase of development should be ready for residents to move in by next Spring, say the team behind the construction. Prices for the first phase apartments range from £275,000 to £750,000.

The company, which has worked on developments across Thanet for some 30 years, is using local trade and has consecutive Blueberry builds at the Boundary Road former gasworks site and Margate’s Dane Road. 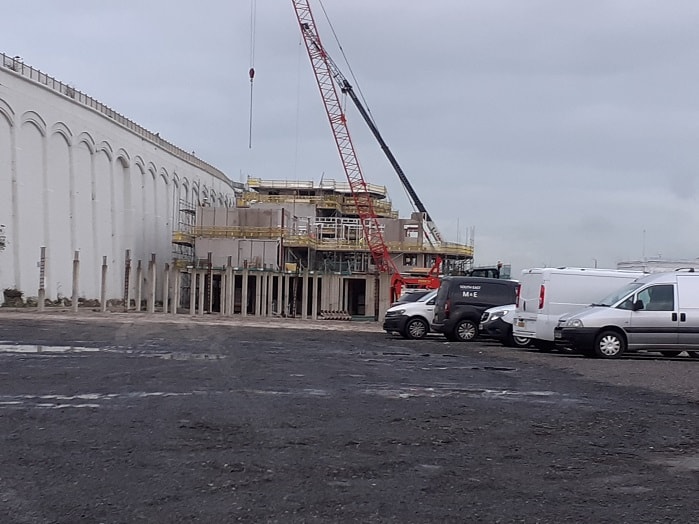 The plot has been empty since a fire in 1998 devastated the former funfair on the land.

A recent report by www.propertymarket-index.com rates Ramsgate, Broadstairs and Margate as the top destinations for buyers wanting to move out of London. Ratings were based on travel time into London, value for money, price growth forecasts, culture and heritage, cleanliness, and beaches, as well as education. 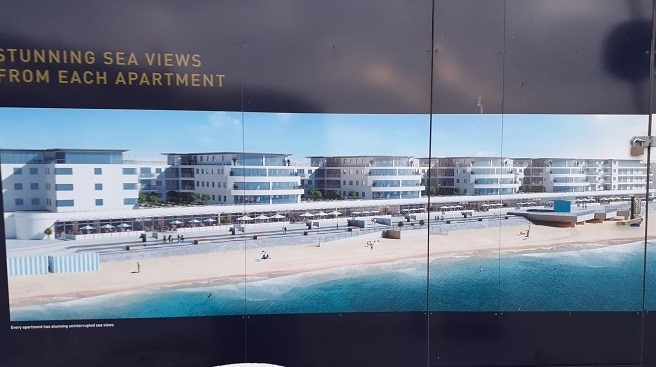 Blueberry Homes spokesman Scott Rigden said: “We are very proud of our local roots and our track record with regeneration of brownfield sites. We are also currently regenerating the old gasworks in Ramsgate and Margate for entry level housing and have more sites coming on stream for 2021.” 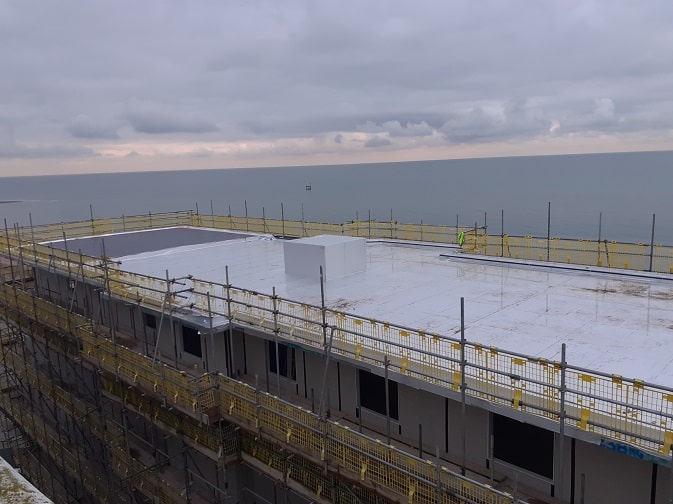 “There has been so much support for Blueberry Homes developments in Thanet this year and we are committed to local sustainability and regeneration. We would like to thank the local community, our staff and partners for giving us so much support and encouragement and we look forward to building an even brighter future into 2021 and beyond.”