Residents in a Cliftonville street say they are still plagued by the ongoing saga of flytipping and missed rubbish collections despite the removal of hated communal bins last week.

The paladin bins at each end of Athelstan Road were  supposed to be for community use by residents in the area that do not have access to a residential refuse area.

But the bins had been a continual hotspot for dumping of everything from used nappies to household furniture.

Last week the bins at the Northdown Road end of the street were removed. Seagull proof bags or black wheelie bins were issued to residents and a twice daily removal of any rubbish at the site was promised by Thanet council.

Ward councillor Alan Currie, who has been working to resolve the rubbish issues on the street, also hand delivered explanatory leaflets to every household.

But within minutes of the bins being taken rubbish had been dumped at the spot, by the car wash premises. Then collections were missed and rubbish became once again strewn along the pavement.

Resident Luke Mclean said: “It’s been 6 days now and not only is there zero signage warning people to no longer leave rubbish there, there is also a complete failure to clear the rubbish still deposited there regularly despite  agreeing to do it three times a day during the changeover period.

“There is also a complete lack of road sweeping so that the seagull infestation that I first flagged up to the council back in June is still ongoing at the site.”

Ward councillor Alan Currie said he has received more complaints about the paladin bins this year than any other issue.

He said: “Following constant fly tipping and misuse of the communal bins on the corner of Athelstan Road and Northdown Road, the council have now removed them.

“As a Cliftonville West councillor I have had more complaints from local residents about these bins than any other casework issue over the past year.

“Over the last few weeks all residents directly affected have been issued with black wheeled bins or seagull proof bags allowing all households to return to the normal waste collection.

“I have personally checked every building in Athelstan Road and those affected in Northdown Road to check waste storage facilities and posted leaflets to all properties giving forewarning of the removal of the two communal bins and included contact details for any household to order a bin or bag if they have been overlooked.

“CCTV and streetscene enforcement will target this area as residents get used to the new system.

“Extra clean ups have been requested as further fly tipping is expected by those who have treated this area as an unofficial rubbish dump and temporary extra bin capacity has been provided nearby.

“The bins were removed slightly earlier than planned which resulted in a missed collection on Friday afternoon but the rubbish has now been cleared and the twice daily collection will still continue at the car wash spot while any fly tipping continues. 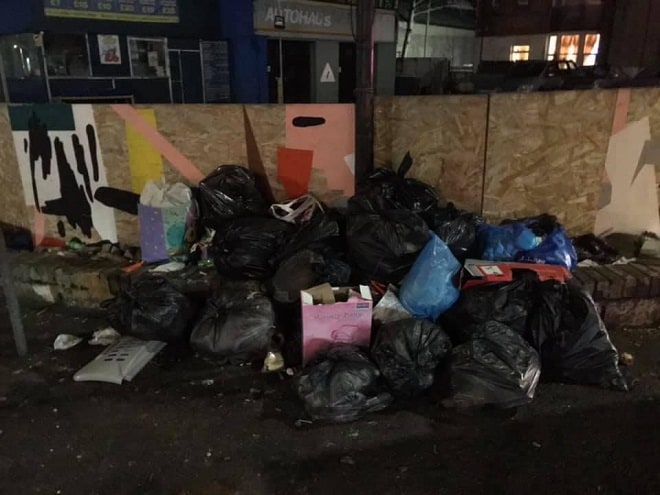 “The dumping of rubbish there won’t stop immediately and may take some time to improve but nearly all affected residents who used these bins in Athelstan Road should now be back on the normal waste collection rota.

“There’ll be some teething problems but action had to be taken, ignoring this long standing problem was unacceptable and the bins which have been removed were never meant to be a permanent fixture.

“I spent weeks trying to prepare things before the bins were removed. At times I felt more like a full time council worker than a district councillor.

“There are no immediate plans to remove any of the other communal bins in the area at the present time.”

Cllr Currie says he believes the flytipping is coming from people who are not residents of the street. 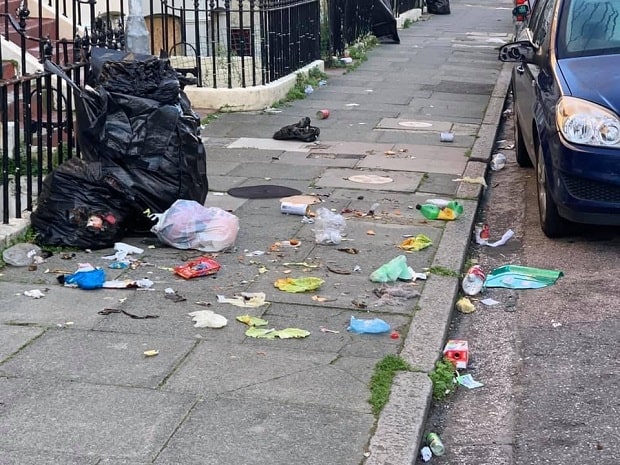 The Athelstan Road Tenants and Residents Association (ARTRA) says it has been inundated with images and messages from residents about the dumping of significant volumes of household waste directly onto the pavement, where the paladin bins had been sited.

The association is asking for mobile CCTV to be installed at the site and for Thanet council to make sure culprits are prosecuted. 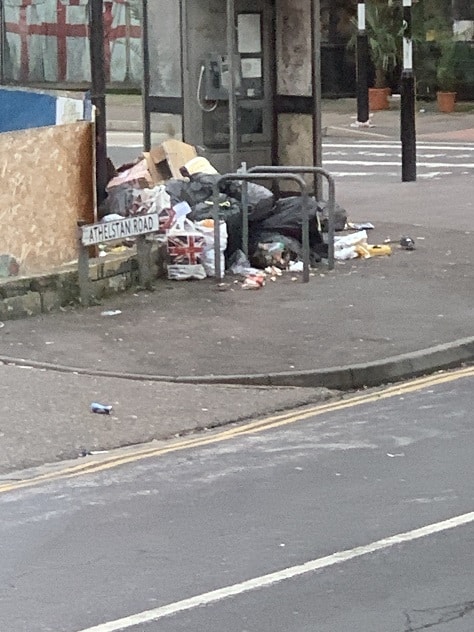 The latest pile of dumped rubbish has now been cleared up but ARTRA say a plan needs to be put in place.

A spokesperson said: “Cllr Alan Currie has done everything conceivably possibly to help with the smooth transition to a paladin bin free Athelstan Road. However, without a well-coordinated strategy in place,  involving the relevant TDC departments and concrete action to mitigate the worst effects of this transitional period, Athelstan Road will continue to be an eyesore.

“There are very genuine health concerns with exposed human faecal matter from nappies ripped up by seagulls on the pavement. With a skip load of waste being dumped on the site where the paladin bins stood, daily, the matter of effective waste management is a very significant, ongoing concern.”