Kent County Council will go ahead with plans for a new secondary school on the former Royal School for Deaf Children after an attempt to shelve the project was overturned by the government.

In October 2019 former KCC leader Paul Carter announced the decision not to go ahead with a  new build at the site in Margate.

The proposal, first announced in 2017, had originally been to open last year at the former Walmer School site with 150 pupils and then transfer to the new build this year with pupil numbers predicted to double and the school roll having students from Year 7-Year 9.

But KCC ditched the plan saying it wanted to expand existing schools in Thanet including Ursuline College and King Ethelbert’s School with a temporary expansion planned at the Royal Harbour Academy in Ramsgate.

A proposal was also put forward again for Newington primary to become an all-through school with secondary education. Cliff Stokes, who has been at the helm of Newington Community Primary Academy for almost 14 years, appealed to Kent County Council to consider proposals for the site to expand its educational offering.

The Isle of Thanet News previously reported in July last year that a contingent from Kent County Council had a meeting with the Department for Education on June 17 to discuss options for dropping the Margate secondary plan. 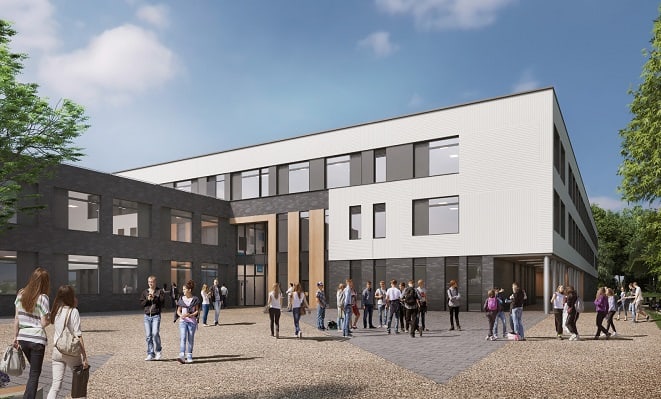 Two initial applications for sponsors of the school did not receive consent from the Department for Education as part of its free schools programme.

Now KCC and new academy sponsor The Howard Academy Trust are holding consultation over the proposal.

The new secondary, which will be called Park Crescent Academy, will be on the site of the existing Royal deaf school buildings which will be demolished.

The school will have a Teaching Block which houses all teaching and administration areas as well as the assembly and dining halls, and the Sports Hall, which houses indoor sports facilities and changing rooms.

The lower part of the site will of the site will have outdoor grass pitches and a multi-use games area. These areas as well as the sports hall are likely to be open for after-school hours community use.

The six form academy is expected to open in September 2023. Also included within the new school will be a 20 place Specialist Resourced Provision for pupils whose primary barrier to learning is Autistic Spectrum Disorder (ASD). 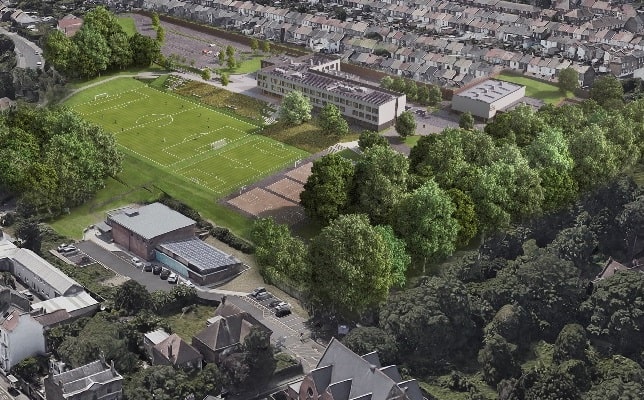 A consultation document says: “The new school is required to meet the growth in the secondary school aged population and demand for future housing as well as addressing the more recent change in travel to school patterns where a growing number of Thanet children now travel to Sandwich for their Secondary education.

“As demand for secondary school places in Sandwich and Deal puts further pressure on secondary places from September 2023, it is hoped that the new school in Thanet will enable children to attend school more locally thereby allowing children in Deal and Sandwich to access their local schools.

“Kent County Council have appointed a consultant team with extensive school design experience to develop and deliver a scheme that will create a contemporary learning environment in the heart of Margate.

“The team is currently working with The Howard Academy Trust on the development and coordination of the design, and there will be additional work to refine and develop the scheme prior to the planning application submission at the end of September 2020.”

Kent County Council’s Cabinet Member for Education and Skills, Richard Long, said: “I am most grateful to the Howard Academy Trust for their work on behalf of Thanet children and look forward to working with them and the other Thanet heads.”

“We are delighted to be working with The Howard Academy Trust as sponsors of the new six form of entry secondary school in order to bring forward the school in new buildings on this site to open from September 2023.

“The new school will be called Park Crescent Academy and a pre-planning public consultation has been launched, running for two weeks from Monday, August 24 to seek views on plans for the new school buildings and site prior to submitting a planning application.

“The Howard Academy Trust has launched its own website to provide more details on plans for the school and to keep everyone up to date as plans progress.”

Owen McColgan, Chief Executive of The Howard Academy Trust, said: “We are looking forward to opening Park Crescent Academy in September 2023 and becoming a key part of the Thanet community. The academy will aim to provide a high quality and inclusive education for all children setting high aspirations for all our learners.”