The head teacher of a Ramsgate primary school is making a renewed push to provide secondary education for Newington children.

Cliff Stokes, who has been at the helm of Newington Community Primary Academy for almost 14 years, is appealing to Kent County Council to consider proposals for the site to become an all-through school.

Kent County Council then pushed forward with plans for a new Margate secondary at the former Royal School for Deaf Children site in a bid to tackle a projected shortfall of 309 Year 7 places in Thanet by 2022/23 if no action is taken. Across years 7-11 this could mean a shortage of 1256 places by 2022/23.

But this month outgoing Kent County Council leader Paul Carter confirmed the plans had been ditched, as revealed by The Isle of Thanet News in July.

Instead KCC plans to expand existing schools in Thanet including Ursuline College and King Ethelbert’s School with a temporary expansion planned at the Royal Harbour Academy in Ramsgate.

Mr Stokes says rather than expand Royal Harbour Academy, a struggling school which he notes has been placed near the bottom of government performance tables, it is time for KCC to give a fair hearing to the Newington proposal.

He said: “We want to offer the community of Newington something it hasn’t had before, something entirely different. We want to extend our age range and take our children right through to their GCSEs. 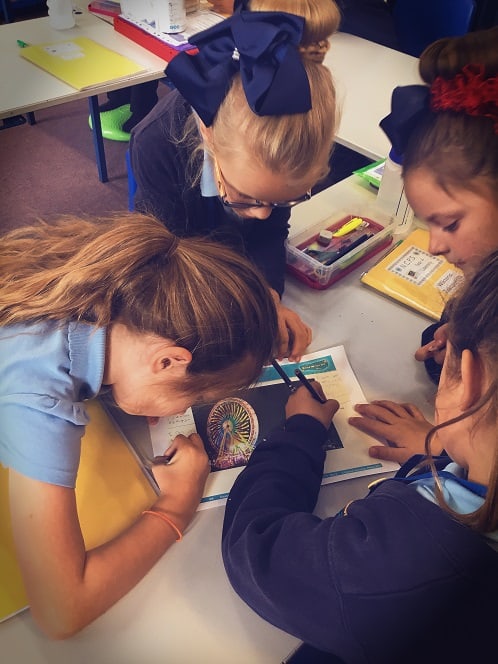 “This means our year 6s going to year 7 with no transition issues, there will be none of those effects on young people’s well-being and mental health from having to move to a new school.

“We would have consistency with our year 6 and 7s already having those years of relationships built with teachers and us knowing them inside out as individuals. We would continue on a primary model with years 6,7 and 8 all in one grouping and building on those quality relationships.

“We achieve above national averages in an area with deprivation and we have outstanding outcomes for our year 6 children when they leave so this would be a springboard for them to go on and achieve good things at GCSE level. Our ethos is high expectations.”

Expanding the age range at Newington is a move that could be ratified at county council level. It would mean introducing the additional school years as pupils moved up, resulting in a 1,200 student school when Year 11 is operational.

Mr Stokes said: “We have the land and the Clarendon and Chatham House owned field is also still available for sale.

“It would then be my job to employ the people who have the (secondary) expertise working with the vision of Newington to achieve the very best for children in the community.”

The all-through model is one that Mr Stokes has researched with visits to two London academies which are achieving outstanding outcomes for pupils despite high deprivation in their catchment areas.

He adds: “The county council’s plan is to increase the size of a current school that already has real challenges rather than consider, formally, other options that might be available, one of which is our well-thought out and formulated plan.”

A petition backing the proposal has gained 846 signatures towards it 1,000 target in less than 24 hours.

He said: “We want our proposal to be given a fair hearing and proper scrutiny by county council members.”