Concerns that flight path proposals for Manston Airport are not being shared widely enough have been raised by a Ramsgate Town Councillor – with site owners RSP responding to say public consultation will be taking place.

Cllr David Green is backing a campaign asking the Civil Aviation Authority for more openness on the flight path plans which are currently in a seven stage air space change process.

Airport land owners RiverOak Strategic Partners, who last month gained a Development Consent Order for the creation of a freight cargo hub at the site, began the process last year with focus group discussions on options for flight paths.

The results of this are now being prepared into a report. RSP say public consultation will be held at Stage 3 of the air space process.

Cllr Green says he has concerns over the transparency of consultations which have been invitation only so far. 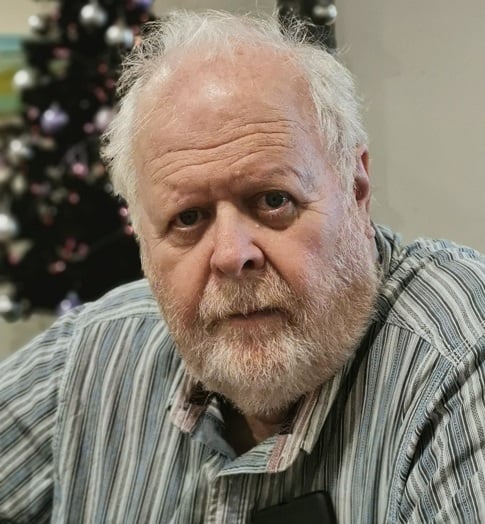 He said: “The consultations I have been to have been sparsely attended by councillors and local representatives from East Kent. You have to ask if the relevant community representatives are being properly informed.”

He says maps from stage 2 of the consultation show an estimated 30 towns and villages which will be under the proposed new flight paths.

Cllr Green has written to all parish councils asking if they have been contacted regarding the new flight paths which will affect the towns and villages they represent. He said: “I will pass any information I receive on to the relevant bodies.”

RSP say the maps represent a number of options put forward to the focus groups which will eventually be refined. There will be public consultation at stage 3 of the CAA process and this is likely to take place at the end of the year/beginning of 2021.

RSP director Tony Freudmann said the ‘optimum’ aims of the air space proposals are safety and noise and pollution control.

An RSP spokesperson added: ““The Civil Aviation Authority CAP 1616 process for airspace change is carried out in 7 stages, with 14 very precise steps – each of which takes many months to complete and only when each step is approved by the CAA can you proceed to the next one.

“We are working methodically through the process and we are currently at Step 2a. The level of public and stakeholder consultation is rightly both extensive and detailed, but is not carried out until step 3.

“Work is currently underway on Step 2A (Options Development). At this stage of the airspace change (CAP1616) process we are seeking feedback for our Design Options, from air navigation service providers at neighbouring airports, the wider aviation community and selected representatives of local communities such as members of local authorities, parish councils and MPs representing constituencies in the surrounding area to ensure any critical technical and operational interdependencies have been considered.

“When the Design Options are produced, based upon the Airspace Design Principles, a comprehensive public consultation will take place during Stage 3 as a key part of the airspace change process where we will take into account the wider views of residents, businesses, communities, the public and other stakeholders.” 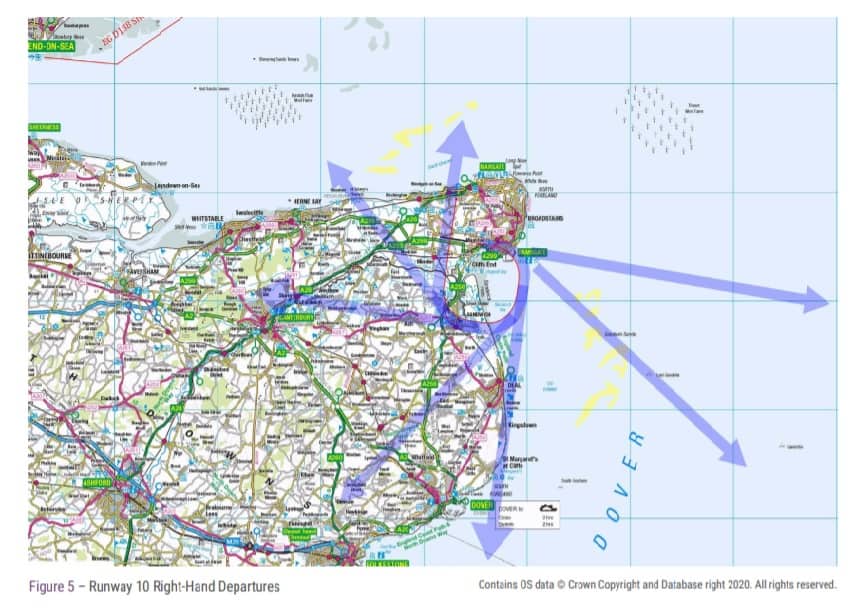 The Civil Aviation Authority flight path process will look at areas including how many flights go over Ramsgate and how many go in the direction over St Nicholas-at-Wade. The final flight path decision will be made by the CAA

Aerodrome  certification will also need to be issued by the CAA which means approving all the ground operations, the operating manual, airfield safety, security and more.

RSP was granted a Development Consent Order by the government on July 9 to proceed with plans for a freight hub and associated aviation at the site.

The £300m project aims to create an air freight hub with passenger services and business aviation. Plans for construction will be phased over 15 years and will include 19 freight stands and four passenger stands for aircraft as well as warehousing and fuel storage.

At peak there will be five large aircraft movements per hour. The DCO prohibits night flights but a delayed arrival could happen within those restricted hours of 11pm to 6am.

Cllr Green says he is backing a petition by pressure group CARMA (Campaign Against the Reopening of Manston Airport) asking for more transparency on the flight paths. He is also among town councillors who last month voted to donate at least £5,000 of authority funds to a Judicial Review bid into the decision by the Secretary of State to grant the DCO.

The petition is at https://www.ipetitions.com/petition/are-you-under-the-new-manston-flightpaths

Updates on the CAA process can be found at  https://rsp.co.uk/news/

Procedures must be designed to meet acceptable levels of fight safety

Procedures should be designed to minimise the impact of noise below 7,000 feet

Where practicable, designs should seek to minimise the impact of noise on particularly sensitive areas