Ramsgate Town Council has received no official funding towards its work as a food bank hub and distribution network during the covid pandemic – and is forking out £10,000 per month to keep the service going.

Six Ramsgate Town Council staff, with input from town clerk Richard Styles, and community volunteers including Councillor Becky Wing, have been supplying necessities at sites across the isle using Radford House – the former fire station in Effingham Street – as a central depot.

The team is working with Sharon Goodyer from Our Kitchen and other local groups as it collects food and takes it to locations including Salvation Army, The Gap – Broadstairs, St Austin & St Gregory’s  Margate as well as dozens of individuals. 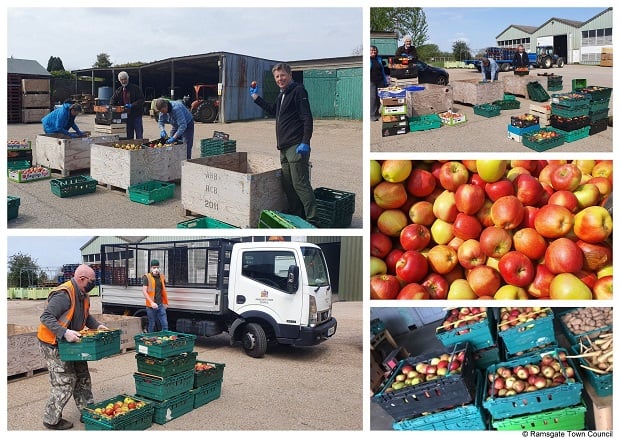 The scheme was set up a few days prior to the lockdown on March 23 and relies heavily on improvisation and a determination to see that no one in Thanet goes without a well-balanced and adequate supply of food.

But the costs are enormous and the only extra funding received has been £8,000 from the member’s fund of county councillor Karen Constantine and a financial donation from an individual. However, that money is ring fenced to purchase food and not for RTC’s running costs.

The £10,000 cost of keeping the scheme going includes fuel at some £1,000 a month and £500 per month to hire an additional vehicle. The sum does not include running costs for the vehicles or equipment.

Town council clerk Richard Styles said: “Some of the food network is getting funding, which is great, but someone needs to collect it and sort it out and that’s RTC. The council is considering this point right now and I have been asked, how long can we continue?

“Central Government is busy handing out cash to the big principal councils  but we are expected to rely on the goodwill of our principal councils. They may have goodwill towards RTC, but they may feel under resourced. I don’t know about KCC, because I have not heard from them still.

“Thanet District Council has lent the use of a small van and they have provided a bin to take the substantial amount of cardboard waste that arrives on site as part of the collections, but apart from those much appreciated, but limited items;  they have been unable to provide any financial assistance to RTC, to keep the network going.” 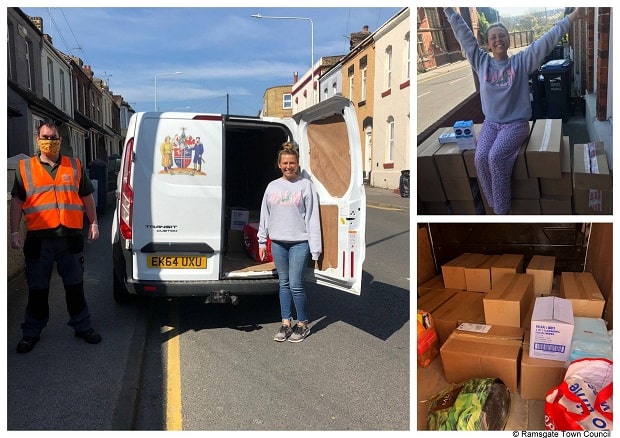 Mr Styles has now written to Secretary of State for Housing, Communities and Local Government Robert Jenrick to tell him of the financial strain and request a more proportional distribution of funding.

In the letter he says: “We are not asking for financial restitution for loss of income as the various Councils and representative bodies such as the Local Government Association and our National Association of Local Councils are requesting. We have already agreed to forgo rent from the RNLI and a small start-up restaurant business, who both trade from our premises at Custom House, and we are not asking the government to defray those costs. 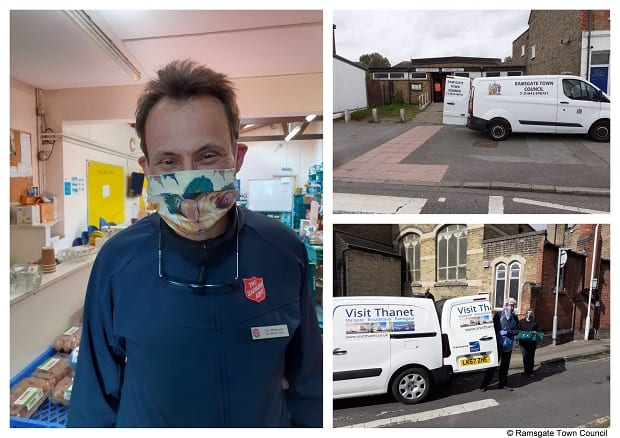 “Neither are we asking the  Ministry of Housing, Communities and Local Government to subscribe to our funding for Rape Crisis in Thanet, or the local CAB or our tourism promotion scheme, called ‘Active Ramsgate’.

“We think instead that it would equitable, and fair to allocate a relatively small amount in the MHCLG’s budget for schemes such as this, run by Town and Parish Councils and to fund it directly or through NALC.”

The town council scheme has already helped deliver in excess of 120 tonnes of  food and Mr Styles points out to government that Ramsgate is one of five most deprived coastal communities in England. 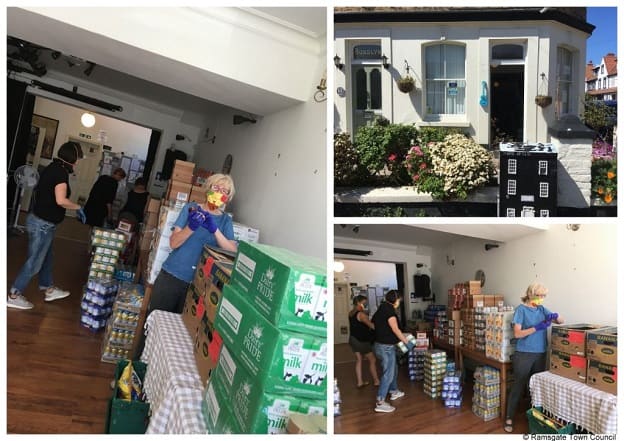 He adds: “ Ramsgate has received no more than £100,000 in government funding in the last decade, yet it is helping its neighbouring town, Margate, which has £25m allocated to it within the Towns Fund and has received considerable financial support from central government in the last 10 years; but Margate has no town council of its own, to carry out the work RTC is doing on its behalf. “

Thanet council has been allocated £1.5million in emergency coronavirus funding from a £3.2 billion government pot.

There have been additional grants for help with homelessness and high street reopenings.