Police are still searching for a second suspect following a robbery in Ramsgate on Wednesday (February 19).

Yesterday (February 21) armed units swooped on an address in Allenby Road as part of the investigation into  the  robbery at Coral’s bookies in Newington Road.

Police dogs and the helicopter were also involved in the search which lasted for several hours. However, no arrests were made and the hunt continues. 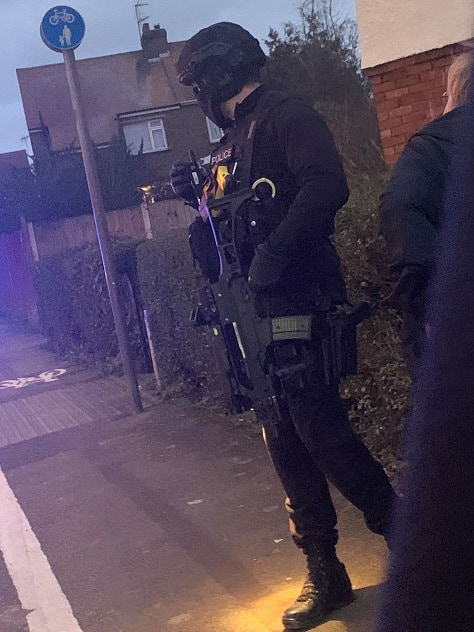 Luke Twyman, 29, was arrested in Margate after officers and an armed response team swarmed to Marine Terrace on Wednesday .

Visitors at Dreamland, neighbouring Cinque Ports pub and other venues along the stretch were told by police to stay inside as they carried out the operation. Following the arrest of Mr Twyman the search for the second suspect continued in Cliftonville and in Newington.

Mr Twyman appeared in court yesterday on charges of robbery and possession of a firearm.

Residents trying to get into the roads were turned back and told it was ‘not safe.’

Kent Police said it was part of a pre-planned operation connected to the robbery investigation. Yesterday armed officers were back, in the Nethercourt area, to carry out the raid in Allenby Road.

A Kent Police spokesman confirmed no arrests were made and the search continues.