Students at Laleham Gap school in Ramsgate finished their Summer term by holding a fundraiser in aid of Ramsgate’s Joe Shaw.

He was initially taken to a local hospital but was then transferred to Kings College Hospital in London,  At first Joe was heavily sedated and in the critical care unit in a coma, breathing through a ventilator.

The severity of his injuries have left him unable to walk, speak or complete many basic tasks for himself. Joe currently communicates by spelling words out on a letter board with his right index finger.

The 25-year-old has undergone reconstructive skull surgery and is battling his way back to health.

A massive fundraising drive to raise cash to help his family make home adaptions has reached more than £12000 online and offline. 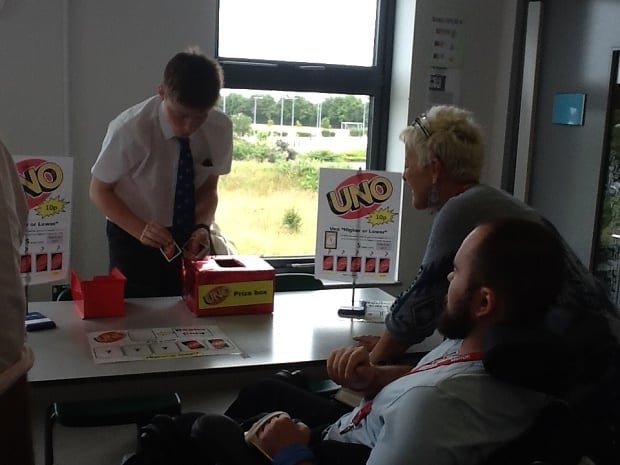 Form Tutors Paul Ursell and Catherine Farrell said: “The idea was always for the pupils to do it all themselves. They chose the charity. They chose what to do. And then they organised it all.”

The pupils chose to support Joe  and organised an event where they baked and brought in cakes to sell. They also sourced prizes for a raffle and had fun elements with a penalty shootout.

The main prize for the shoot out was donated by Margate Football Club – a family ticket to one of their fixtures this season. They organised ‘hit the bullseye’ darts, a game of ‘higher or lower Uno’ and a stall selling herbal teas. 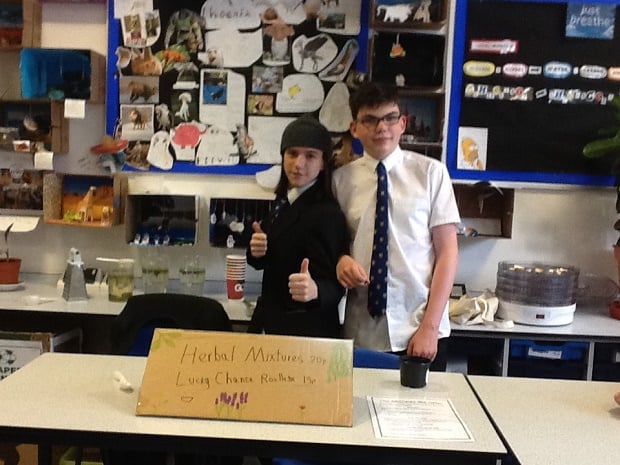 Mr Ursell said: “Whether it was the herbal teas or just the great organisation of the day by the pupils it was a really lovely day, chilled and supportive.”

Joe and his mum Nancy attended the event to thank the pupils and join in the fun. The fact they could come into the school at all was a direct result of the fundraising so far – as Joe now has access to a vehicle.

Nancy told the pupils “It was a pleasure to be with you. Joe was overwhelmed with the whole afternoon. The children were just as much an inspiration to him. Their support and enthusiasm was priceless and that alone made him so very happy.” 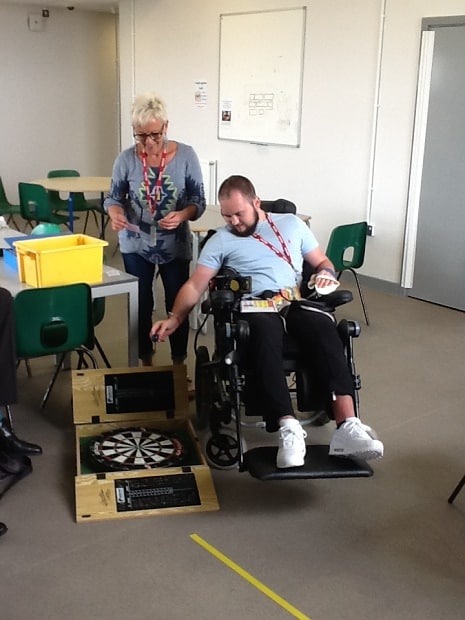 As well as pledging to keep in touch Nancy and Joe already have plans to come back in to Laleham Gap to update the pupils on the continued progress he is making.

Mr Ursell said the £150 raised was “really amazing,” and added: “Even better was the connection we made, and the pupils can just see their actions can and do make a difference.”