A massive fundraising drive in aid of Ramsgate’s Joe Shaw, who was left with serious head injuries following an attack in the town, has hit a massive £12,000 and is still going.

Online donations total almost £10,000 and a range of events have added to that.

He was initially taken to a local hospital but was then transferred to Kings College Hospital in London,  At first Joe was heavily sedated and in the critical care unit in a coma, breathing through a ventilator.

Joe is currently staying at a rehabilitation centre in Herne Bay. The severity of his injuries have left him unable to walk, speak or complete many basic tasks for himself. Joe currently communicates by spelling words out on a letter board with his right index finger.

He has recently undergone  an operation to have his skull re-formed.

Joe’s battle and his positive spirit have won the support of Broadstairs teaching assistant and carer Vicki Holden.

Vicki worked at the rehab centre, where she met Joe.

Meeting Joe and seeing his determination to get well and talk again inspired the Laleham Gap staff member to take on a sponsored 100 mile run to raise cash to help with house adaptions so he could go home.

She originally set a £5,000 traget but this has been smashed.

One of the most recent fundraisers has come from a Killacam Fight Night in Margate, Killacam boss Cameron Else is a friend of Vicki’s and was happy to pitch in and help.

Joe attended the event at the Winter Gardens. 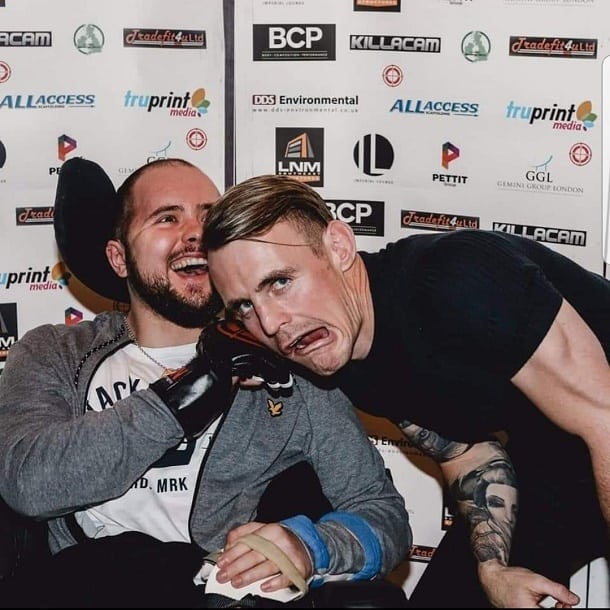 Fighter Shane O Conner  said “To see Joe that happy was worth all the blood sweat and tears! He is such an inspiration and it was nice to finally meet him.”

Vicki said: “Cameron has been a friend of mine since school and when he heard about the fundraising I’ve been doing for Joe he instantly wanted to jump on board and help raise some money for him,

“I haven’t heard the exact figure from the night yet but am aware it has raised over £1,000 which is fantastic! Joe was over the moon that he was able to go to the event and meet all the fighters that had put themselves in the ring to support getting him home and everyone had a really good night.”

Cameron added: “Since making Killacam successful from the first event I’ve always wanted to help others as much as I can. This time round we had decided to help this lad Joe Shaw. The night was a success and the best part was Joe was able to come and watch. After the fights I went over to Joe and he spelt out on his letter board ‘thank you my friend.’ It choked me up and I had to hold back the tears.” 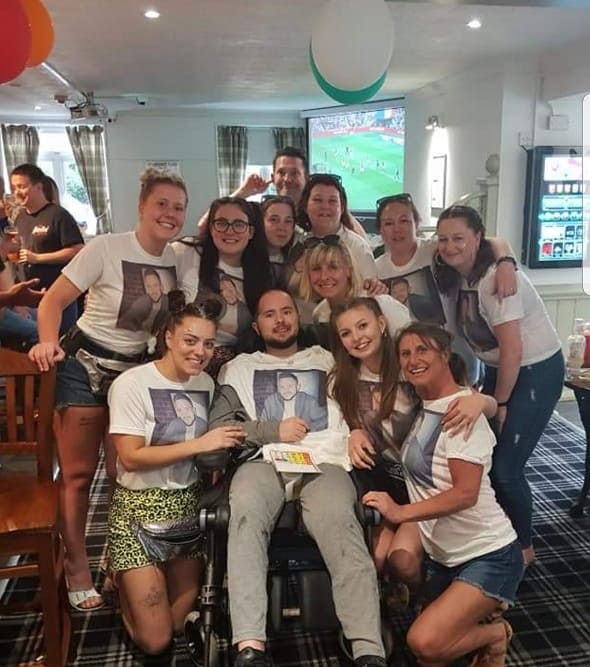 Other events have included one organised by Vicki at the Birchington United Services Club which raised around  £1,300, with a signed UB40 T shirt going in auction for £75 and a tattoo voucher donated by Paul Courtney for £80, as well as a gaming Vault voucher for £175. 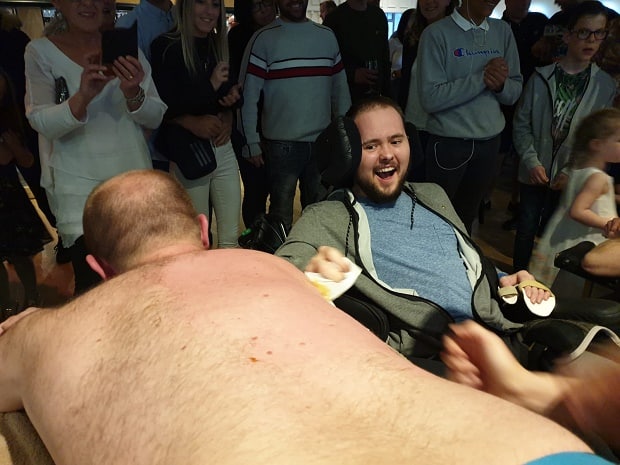 A charity wax went down and treat with Joe pulling off strips and laughing his head off. 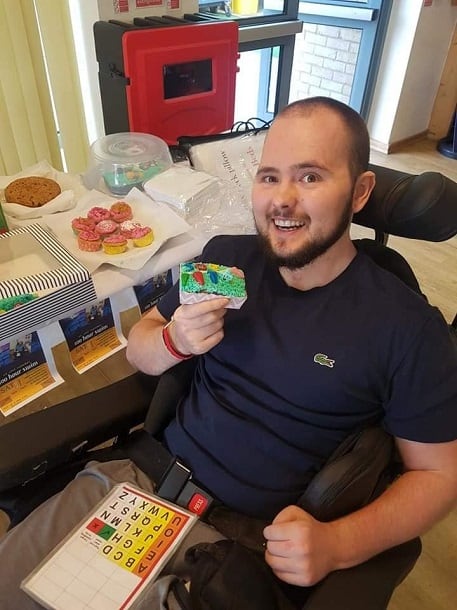 Joe attended the event and was able to use the pool.​ 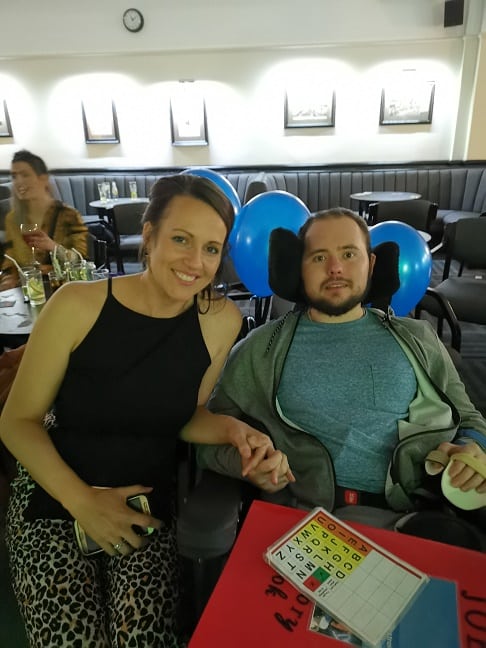 Vicki said: “I’m so happy with the amount that has been raised so far, but I can’t take all the credit, so many people have jumped on board and put together events to help towards getting Joe home.

“The kind donations, help and support of everyone have made it that little bit easier for the family to get Joe home.”

If anyone would like to donate to Joe’s fund go to www.justgiving.com/crowdfunding/v-holden100-mile-run-for-joe

Last year Liam Bayliss, 24, was jailed for four years and three months for the attack on Joe.