The group moved on to the site on March 14 and are believed to be part of a group who had been moved on from the Sunken Gardens in Westbrook. Prior to that the group was at Dane Valley Green after being moved from  the Marina Esplanade car park in Ramsgate.

A court order was served this week but has been ignored.

Residents say they have complained to the authorities about a build up of discarded rubbish and human waste. 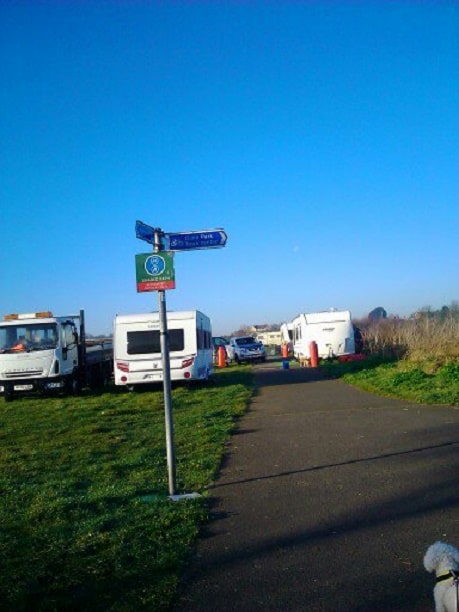 A Thanet council spokesperson said: “A court order has been served on the Traveller group who remain at the Chine in Ramsgate.

“However it has not been complied with and the group has not moved on. In light of this, the next step is to enforce removal.

“Plans are in place for this enforced removal to take place within a matter of days. Each time a group ignore an order, there are time implications involved to secure bailiffs in tandem with appropriate police support.

“We appreciate that residents can find this frustrating, but we are obliged to follow due legal process.”

An FFT spokesman previously told The Isle of Thanet News that sites should be made available, saying: “We would recommend that the district council and local authority work with the Traveller community in the area to identify land that would be suitable for building new sites to accommodate these residents.”