Members of Ramsgate Action Group say refurbishment plans for a berth at the port used by company Brett Aggregates could destroy a marina development proposal.

An invite to bid for the replacement of berth 4/5 has been posted by Thanet council on the Kent Business Portal.

Thanet District Council says it is planning to replace the berth, consisting of two barges, and is inviting tenders to carry out a scoping and option study and to provide a performance specification and concept drawings for a design and build contract.

The successful bidder would also need to provide professional advice on the acquisition of the necessary Marine Management Organisation (MMO) licensing requirements for the project – such as those gained by Dover Port for the dredging of Goodwin Sands.

The invite says the “envisaged replacement is expected to be a piled structure capable of accepting a permanently fixed 3,000 tonne/hour conveyor… to facilitate future expansion for the landing of bulk cargos, the trafficking of mobile plant and with a lifespan of a minimum of 30 years.”

The invite adds that; “completion of construction and handover of the new facility (is) expected 14 June 2019.”

The start date of May 1 -one day before the local elections – is suggested. 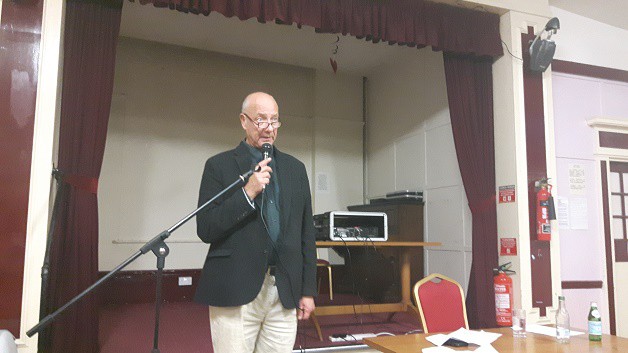 But RAG spokesman Steve Coombes said the tender, which was not put forward for councillor agreement, looks like an attempt to expand industrialisation at the port and that would kill off any marina village development even before a viability study takes place.

At a full council meeting last month TDC pledged to carry out that study before the end of the year. Thanet council said some £40,000 is earmarked for the feasibility following the decision to axe funding to keep the port ‘ferry ready.

Mr Coombes said: “This “consultancy and build” tender will take a Maritime Village Development off the table before the new council has any chance to consider any other options for the future of the port via a feasibility study.”

RAG also question the need for Thanet council to be paying for the works – earmarked at £1.2million – saying the 2009 lease for the site indicates Brett’s is responsible for repair costs.

At a full council meeting on February 28 members were told the work was so that the concrete batching company could “ use bigger vessels.”

A Thanet council spokesperson said no expansion is planned. They added: “This has nothing to do with any increase of activity at the Port, Berth 4/5 is provided as part of the council’s lease agreement with Bretts for the importation of aggregates only.

“As the tenant, Bretts has the right to berth in connection with the permitted use and the council must ensure they are given access as and when they require to use it. The council’s obligations under the lease are to keep the structure in reasonable condition and ensure the council can provide access at all times. The present berth is coming to the end of its operational life so we have to invest in the berth.

“The budget for this revised project has been allocated in the 2019/20 financial year for capital replacement works.”

‘Emergency’ refurbishment work was previously carried out at the berth at a cost of approximately £1.5million.

The works were undertaken between September 2016-January 2018 by Burgess Marine, which has since been dissolved.

Brett Aggregates has a lease, signed with TDC in April 2009, which runs for 25 years with the option to renew every 5 years in a term that could run until 2054.

RAG say, based on the size of the port and TDC’s annual   to the Crown, a realistic rent would be £780,000pa, soaking up some of the estimated £1.3million per year that the site is still likely to be in deficit by despite funding cuts. They say this is not reflected in the currently annual payment of £68,000 per year,