The mystery behind the Margate ‘sign bombers’ wearing numbered blue boiler suits and Pete Doherty masks earlier this month has been solved.

The ‘culprits’ were creating the new video for Pete Doherty and The Puta Madres’s Who’s Been Having You Over tour.

A number of weird and wonderful signs appeared around the town after being put in place by the group.

The guerrilla signs popped up across the town, much to the amusement of residents and visitors who spotted them. 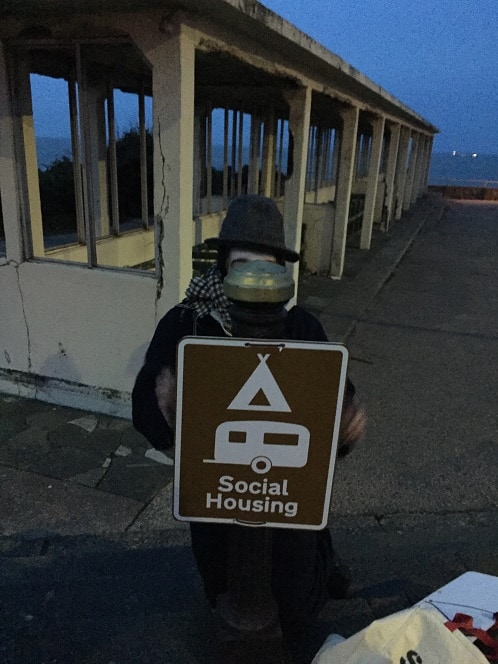 Chu, from Margate Art Yard, has previously ‘sign-bombed’ the town and worked as an events consultant for graffiti artist Banksy and created  a post-Great War, Birmingham backdrop for a Peaky Blinders night at the Lord Byron pub. It is thought he worked with the Doherty/Puta Madres team. 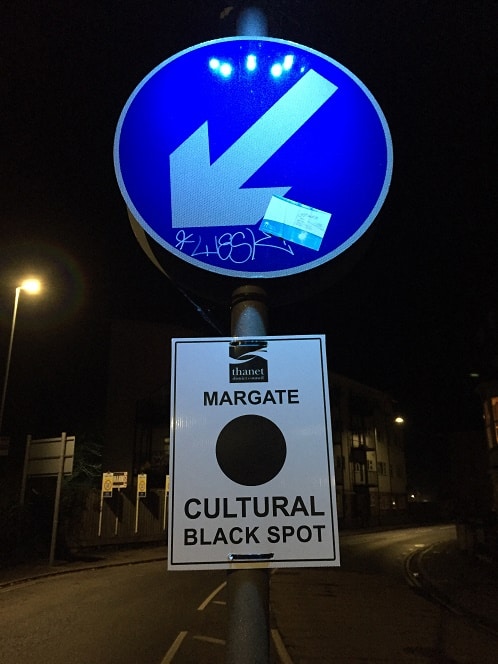 Pete is the front man for The Libertines, who own the Albion Rooms hotel in Cliftonville. The band is currently taking a break from live gigs to work on a new album.

The Who’s Been Having You Over tour has dates across the UK and Europe in May. The Pete Doherty and The Puta Madres album is due for release on April 26.

Find out more at the Albion Rooms website here