There are few things that unite the isle in anger more than missed bin collections and litter.

Five years ago recycling was rolled out across the district and while most major problems have since been ironed out there is more work to be done to improve recycling rates and general street cleanliness. 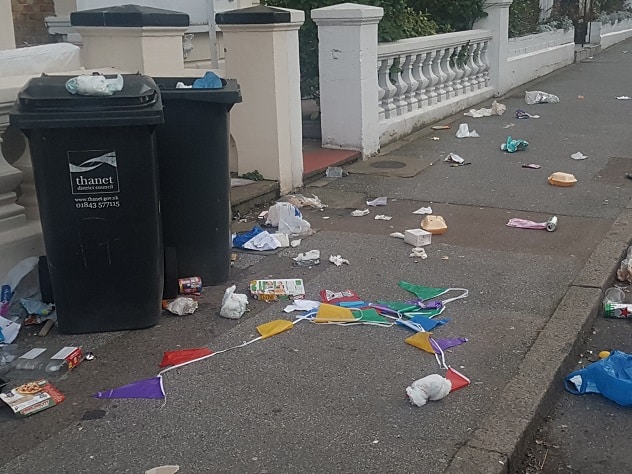 Some streets are still required to wait two weeks to have their refuse collected over the Christmas period. It all depends on what day the holidays fall. This year Cliftonville West were left with mounds of rubbish despite residents group, A Better Cliftonville (ABC) warning they would be deluged with waste. Thanet council confirmed warnings were issued to all households to say their collection would be late, but as predicted residents were forced to call up and request an additional collection on Saturday, December 29.

These changes happen every year and affect different areas depending on which days of the week the Christmas bank holidays fall on.
Residents in the affected areas were issued with bin hangers informing them of the rescheduled collections in advance. Additional communications were also placed in local newspapers and across social media.This covered as many properties in the area as possible and saw the council collect almost 20 tonnes of waste.

By law all councils across the UK must achieve a 50% recycling rate by 2020. According to the latest government figures Thanet council has a way to go.  The percentage of refuse sent for recycling for 2017/18 is 33.84%. This is below the national average and is the worst rate in Kent.

Since recycling collections started in 2013 a number of measures have been implemented to improve things, such as an opt-in scheme for some addresses in Cliftonville West, which was the only area not to automatically receive a recycling service in Thanet.

Last year residents of Gordon Road  complained repeatedly about missed collections and questioned the effectiveness of reporting the problems as they routinely failed to receive a response.

Simon Bell, chairperson of the Gordon Road Area Street Scheme (GRASS) has spent a year trying to improve the service after the following incidents took place:

Both GRASS and ABC believe recycling should be compulsory for all residents. TDC says there were 27 missed collections in Gordon Road and there were contamination issues. Residents deny this. 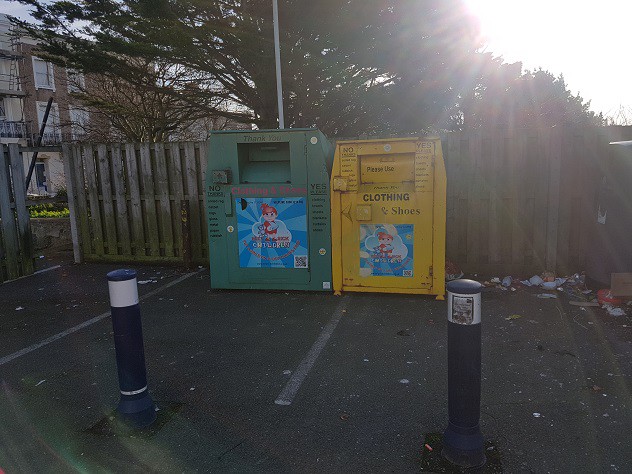 There are several recycling points across the isle but they are becoming fewer. The site at Harold Road in Cliftonville was closed due to anti-social behaviour. There are no sites in Broadstairs and Ramsgate

The facility at Trinity Square car park in Margate is also to be removed. The council says it is because “Residents of the square have made repeated complaints…. about nuisance behaviour and dumped waste.”

The authority also claims it was unable to recycle any of the material collected from there, due to the high level of contamination.

In a statement they said “We have extended the opt-in scheme to the residents of Trinity Square.”

It added: “Whilst we appreciate that the service doesn’t currently cover some addresses that would like to recycle we are always reviewing the service that we provide and looking to increase the volume of recycling in Thanet.”

According to the November (2018) minutes of the Finance, Budget and Performance Committee targets for street cleanliness were not met for the period July, August and September 2018. The document states: “Targeted resourcing of seafront areas had affected the resourcing of other areas of the service.

“Due to the good weather this summer, the demand for extra resources for the seafront areas was extended into September.”

Residents group A Better Cliftonville (ABC) say they have been lobbying the council for four years to replace bin lids and fix broken stock to prevent seagulls attacking bins and huge amounts of  waste spilling onto the streets and beaches.

A spokesman confirmed: “The council has a duty of care towards residents which is underpinned by the Department of Environment, Food, and Rural Affairs (Defra).”

Missing bin lids are a massive problem with residents complaining they are not easy to replace, causing litter to blow across the street. TDC says it fixed 7,400 bins last year.

For the period July to September 2018, 1,800 litter fixed penalty notices were issued with 1,300 enforcement actions.

ABC are encouraging more street schemes to form signs like ‘this is a resident kept street’  to promote pride in the area and encourage litter picking.