Six casks of ale from an isle micro-pub and brewery are on their way to Parliament.

The East Kent Bitter brewed at The Four Candles in Broadstairs is destined for the Strangers’ Bar at the House of Commons – but not before it has been X-rayed and checked out by sniffer dogs! 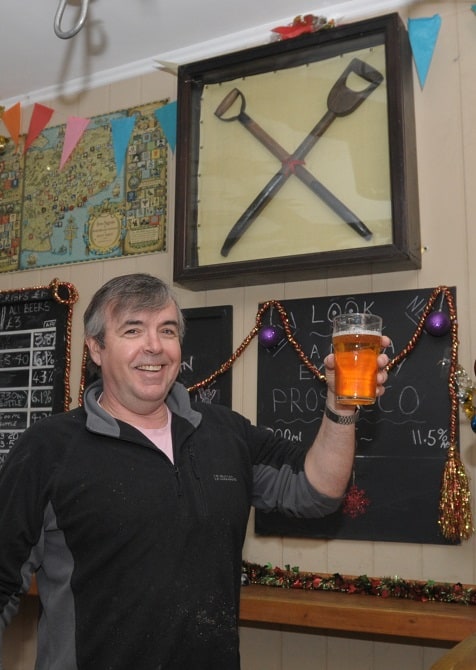 Four Candles boss Mike Beaumont (pictured) said: “It was suggested a while back by our MP Craig Mackinlay who put a word in with the bar’s manager.

“We’re hoping that a drop of the good stuff will ease the pain of the Brexit negotiations.

But first it goes to a secret location where it is X-rayed and dog-sniffed to make sure there’s no gunpowder in it!

“After that it will go on to the Commons where they should be ready for drinking next week.

“It is probably a one-off as they have lots of different beers but it is a first for us as Britain’s smallest brewhouse.”

The Four Candles, in Sowell Street, has been running for six years and brewing for four. And it’s not the first time an ale has had an unusual destination. Of the 326 brews created by the team, including the 4.4% ale heading to the Commons bar, one was destined for St Laurence Church after being created at the microbrewery by the church minister Andrew Jacobson. 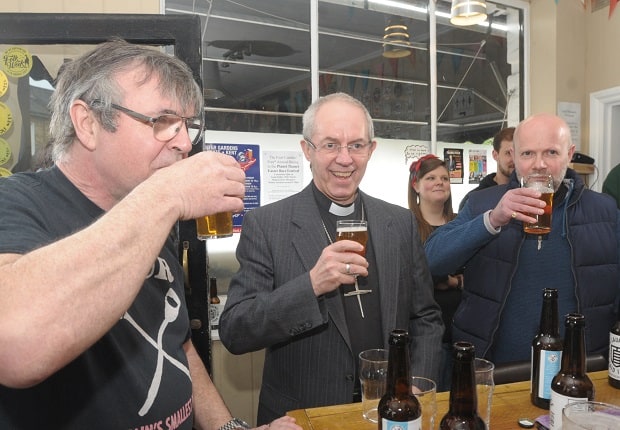 The beer, called St Laurence Grid Iron, was even launched by Archbishop of Canterbury Justin Welby when he visited The Four Candles in March.