The Archbishop of Canterbury Justin Welby visited The Four Candles micropub and brewery in Broadstairs today (March 27) to launch a beer brewed by the Reverend of St Laurence Church.

Archbishop Welby made the stop as part of his tour of the isle which has included schools, churches and foodbanks.

The beer is a creative way of raising money for the church, which is one of five in the area that fall under his ministry.

He said: “Similar to other Anglican churches, the Thanet parish share to be paid to the diocese for five churches is around £100,000 per year. It is a big amount to find so I have been looking at creative ways of raising money. 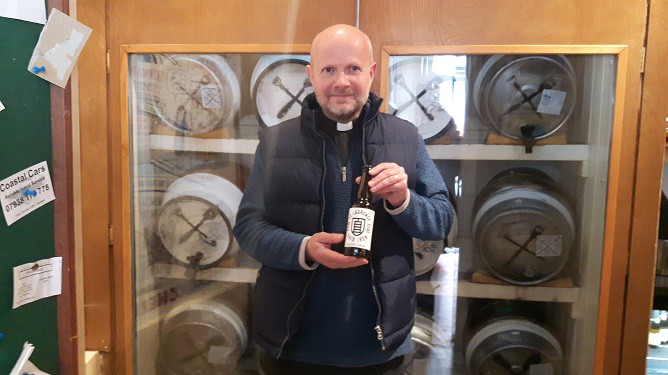 “I have been a member of CAMRA (Campaign for Real Ale) since my 20s and enjoy a pint of real ale so thought it would be quite nice to brew a beer that we could sell to raise money for the church.”

Between them they have created a monastic, Belgian style beer called St Laurence Grid Iron. St Laurence was martyred on a gridiron, which is the emblem of the church. 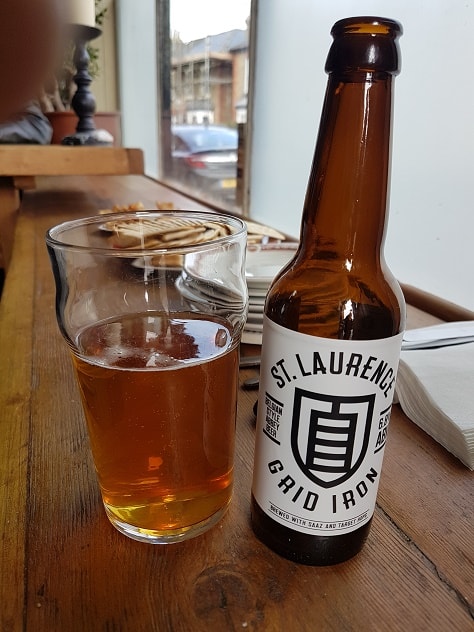 Rev Jacobson said that it was “a surreal moment” to be in a pub, launching a beer with the Archbishop.

He quipped that beer proved God loves us before adding: “We hope it is going to sell out and we’ll make a second batch for Christmas.”

Archbishop Welby, who enjoyed a taste of the Grid Iron and a tour of the microbrewery, said: “The beer is very good and it was great seeing the brewery. This is one of the most entertaining things I have done.”

Four Candles boss Mike said: “We do occasional brews for other organisations but this is the first time we have done this for a church. Rev Jacobson was very keen and it was good fun. It is quite something to have the Archbishop of Canterbury launching the beer at our pub.”

The Grid Iron brew will be available from next month and will be sold at The Four Candles, The Conqueror micropub in Grange Road, The Offy in Broadstairs, at the church’s Summer fete. There is also a cask at this weekend’s Planet Thanet beer festival at Margate Winter Gardens on March 30-31.

Archbishop Welby has visited St George’s school during his tour and took part in a Q&A with secondary students. He also visited Academy FM and St Paul’s in Cliftonville and is due to return to St Paul’s meet members of the Ignite programme, which helps those ‘on the edge of society.’

7:30pm – 9:00pm
Question Time
​A chance to ask questions to the Archbishop on any topic. ​This event is being held at The Royal Victoria Pavilion (J.D. Wetherspoon in Ramsgate).