The event, which runs until October 7, has been a year in the making and is an eclectic curation of British and international features, shorts, live scores, experimental performances, music videos, discussions, exhibitions, family workshops and more.

The aim is to revive the once rich cinema and film culture in the town with the festival being the start of an ambitious year-round investment in the South East, collaborating with a range of organisations to bring more cinematic opportunities to the area.

There’s ‘A Life In Waves’ about the pioneer of electronic music, Suzanne Ciani and the epic 14-year encapsulation of Glastonbury festival’s sub-culture in ‘Lost In Vagueness’ by Sofia Olins (another debut).

Collaboration with Margate Pride brings ‘Lucy, My Transgender Life’  to the screen alongside LGBTQ+ shorts and performances. There’s also a selection of  British short films from Short Sighted Cinema, local filmmakers’ works and an afternoon of music video and live bands with Seaside Sessions.

Families are welcome at the  Kids Club, showing vintage TV-animations and a shadow-puppet workshop ‘Stories, Shadows and Silent Film’ inspired by Lotte Reiniger.

The closing night screening is the 1989 Only Fools And Horses ‘Jolly Boys’ Outing’ to Margate. 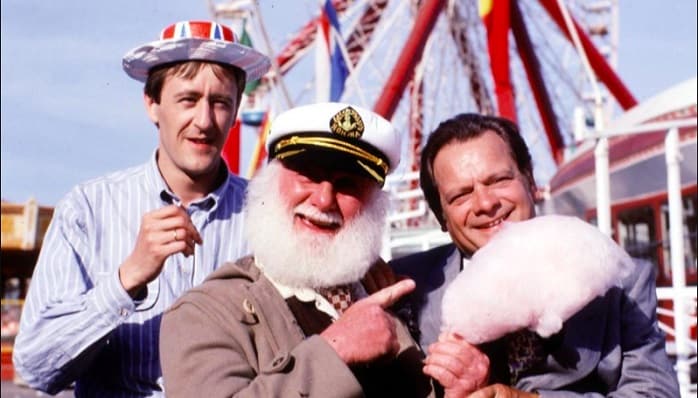 The project’s creative director Kate Williamson said: “We’ll be hosting events across Margate, introducing visitors locally and from afar to our humble community of filmmakers, artists, makers and creators – with every event complemented by a live performance or introduction.

“As the Creative Director of this project, it’s been an inspiring project and an opportunity to unearth a community of creatives and collectively begin to build the foundations of something truly special. Margate is rapidly changing and we’re hopeful for the future of film in the South East.”

The full programme for the festival can be found at  www.margatefilmfestival.co.uk