Along with three other local schools the children were invited along for a party lunch, music, theatre, sports, crafts and games. 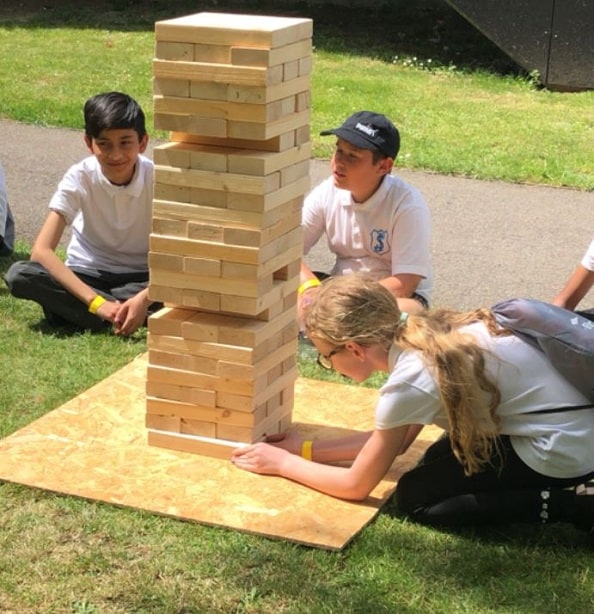 The children started their fun-filled day with a play devised and performed by the Theatre Studies students. They then began a thrilling carousel of activities including, nail-art, face-painting, tie-dying t-shirts, a sports day session, party games, a world-wide quiz, lawn games and science experiments. 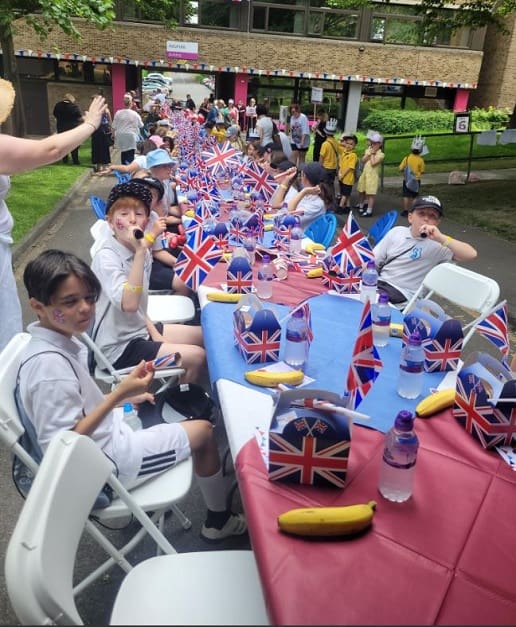 The children enjoyed a picnic lunch sat in true street party style along the centre of the campus. 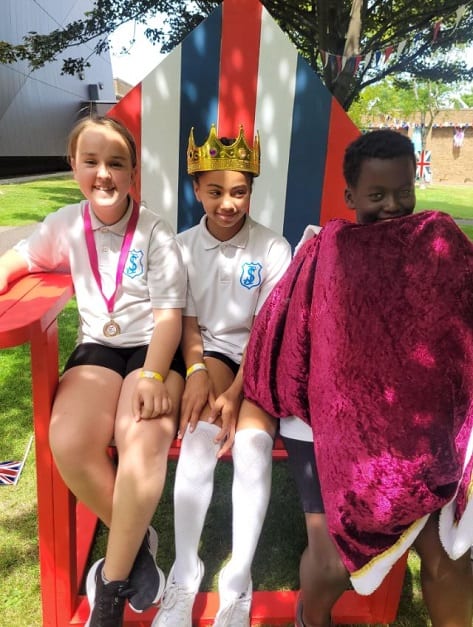 They began lunch by waving flags as the children sang the National Anthem, then tooted party hooters and gave rousing cheers to celebrate the Queen’s Platinum Jubilee. They followed the feast with ice-cream, candy floss or popcorn. 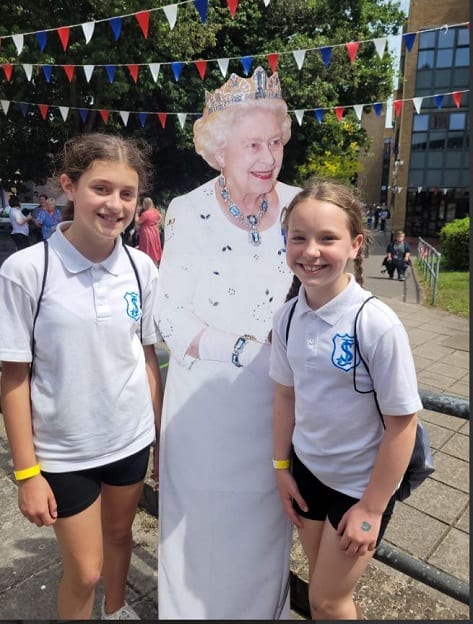 Pupil Hubert said “My favourite activity was a quiz show we took part in guessing countries from their flags and anagrams, we scored extra points if we knew the capital city. I did really well as I know my countries well from my Geography lessons!”

Eliza said, “I loved it when we got to throw sponges at grown-ups! The quiz where we learnt different words and languages was great – I can now say hello in many different languages.” 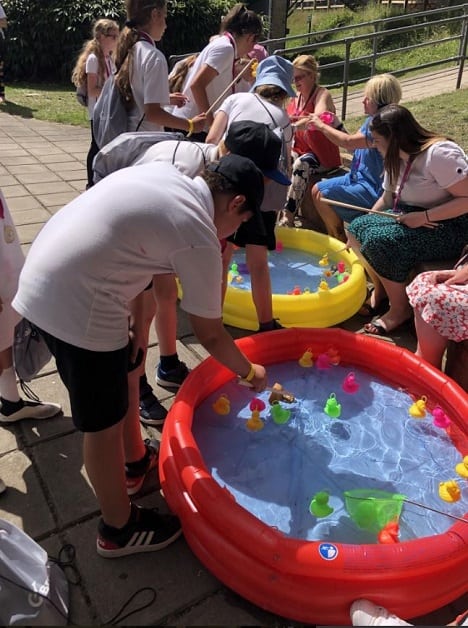 Mrs Sproates, Year 6 Lead, said: “It was a fabulous day for the children to experience all the elements of a traditional street party – they have created lots of memories that they will able to carry with them into their new schools.

“Some of the children have enjoyed new experiences such as croquet and tie-dye and it has encouraged them to try new and exciting opportunities – another key skill as they move forward to secondary school. 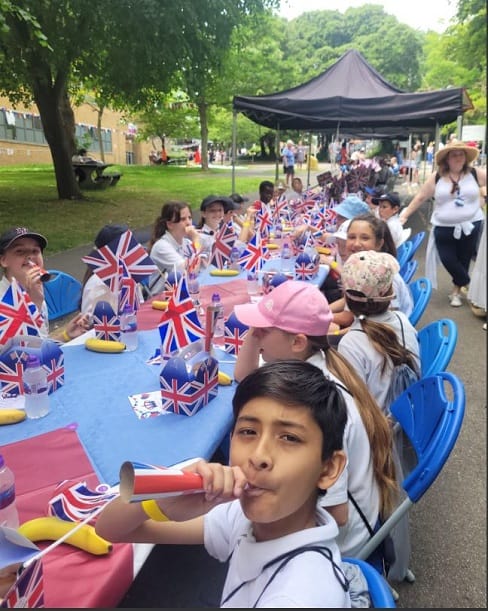 “As this event was led by students, the children were able to learn about the subjects and departments that were hosting the day and this gave the children a flavour of what they could study post 16.”