Last Thursday (June 16), the school council from St Joseph’s Catholic Primary School in Broadstairs travelled to London to visit the Houses of Parliament.

Staff and pupils travelled by train to London, then took the tube to Westminster.

During the tour of the Palace of Westminster, they visited the House of Commons to watch a debate about British support to the Ukraine and then observed in the House of Lords, where they debated the importance of both Houses of Government being co-located.

As the children exited the Strangers gallery in the House of Lords they met a Baroness, who spoke to the children about how you become a member. Pupils also learnt about the history of the Palace of Westminster and about the composition of both Houses. 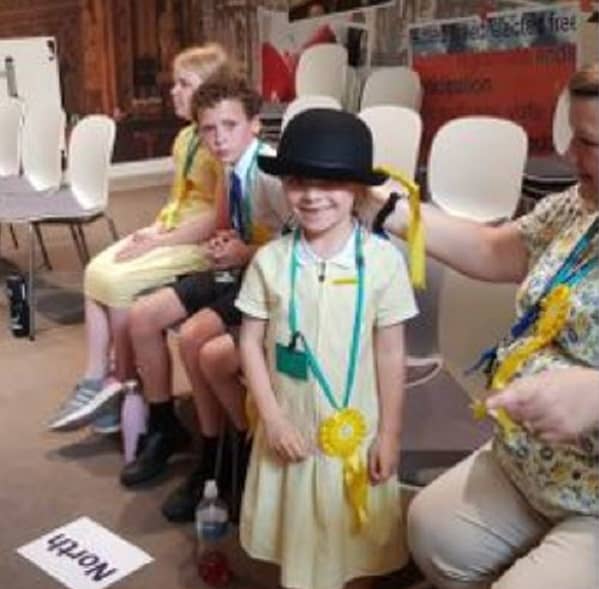 After the tour, youngsters enjoyed a workshop about democracy and how representation works in the UK. The children were allocated constituencies, and then created their own political parties, voted for a leader and devised a manifesto, which had to be costed out.

The children came up with a range of promises, that included a tax on fast food, a ban on single use plastics, longer prison sentences for people who hurt animals and more support for developing countries.

As a group, they then participated in a secret ballot and the representative for each constituency was selected, the majority party then formed the government.

The children really enjoyed their visit and proved themselves to be very knowledgeable about politics and democracy. They were great ambassadors for St Joseph’s.

The children said the following about their day:

Ava: “I found out how debates work and the process of how you can speak in the House of Commons.”

Harry: “I really enjoyed the House of Commons and Lords because of the debates going on. We got to find out lots of new and interesting facts.”

Olivia: “I liked seeing what the building that we see on TV look like in real life, it was so interesting to see a real life debate.” 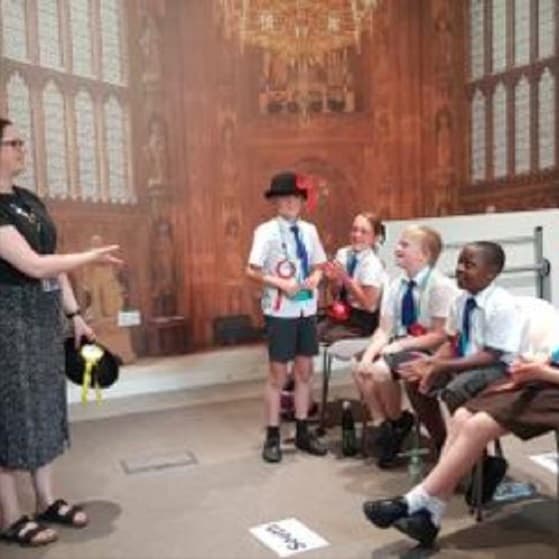 Mrs Sandwell who organised the trip, said: “We feel very fortunate that we have been able to provide the children this exciting opportunity. We began our process to apply for a visit in January of this year and only found out a few weeks ago we had been successful in our application.

“During our Democracy Week in September, our school council representatives were voted for in a democratic process, making their own speeches and being voted for by their peers, so it is very in keeping that the  children were able to see the home of democracy in our country.”

The school council is comprised of 14 children from Year 2 through to Year 6. They represent their classes in meetings with school leaders, meet visitors and perform duties across the school.