Thanet singers Kelly Richardson and Victoria Reed – of Fusion – were joined by actor Bradley Walsh for some impromptu songs during a gig in Canterbury last week.

The duo were performing at The Bishop’s Finger pub where Bradley – currently filming in the Cathedral city for a new series of  The Larkins – had popped in for a drink. 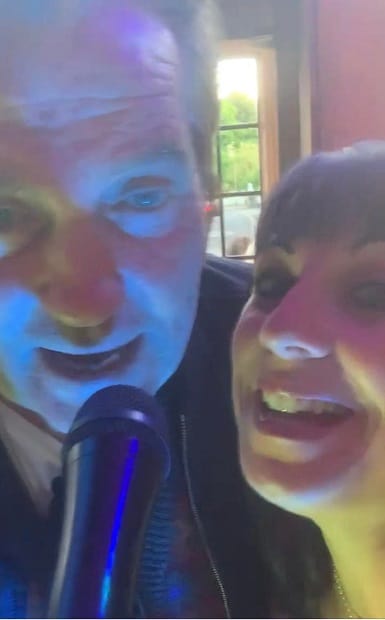 Not content to just sit and watch the 61-year-old got up to take part in a few tunes.

Kelly said: “On Friday evening we had a gig at The Bishops Finger in Canterbury. Bradley Walsh was there. He was so friendly and let us take a photo for our Facebook page. He also got up and joined us for a few songs and even asked us a play a few more when we had finished.”

Series one of The Larkins had scenes shot in Broadstairs and Margate last Summer and screened in October, The series is a remake of The Darling Buds of May. 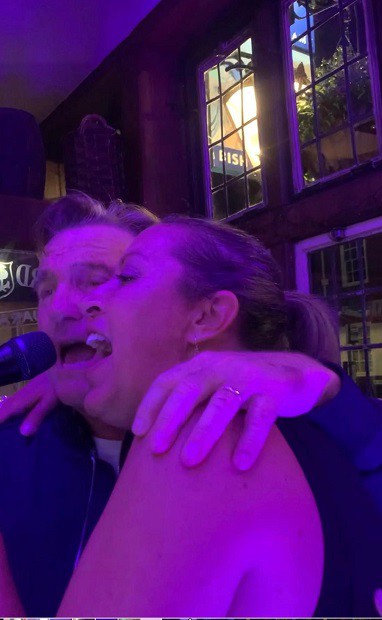 Kelly and Victoria have been singing together for the last 8 years after meeting in a production of Westside story. Kelly was playing Maria and Vicky played Anita. They then performed together in The Witches of Eastwick as Sukie and Alex and went on to sing in local harmony group The Totsys. They have now formed new duo  Fusion.

Photos: On set in Broadstairs with The Larkins