Sandwich Technology school has ended the spring term with a celebration afternoon to commemorate the Queen’s Platinum Jubilee! Mrs Savage, Headteacher and Mr Sharples, Deputy Headteacher, were joined by 35 of their top performing students, five from each year group to celebrate. 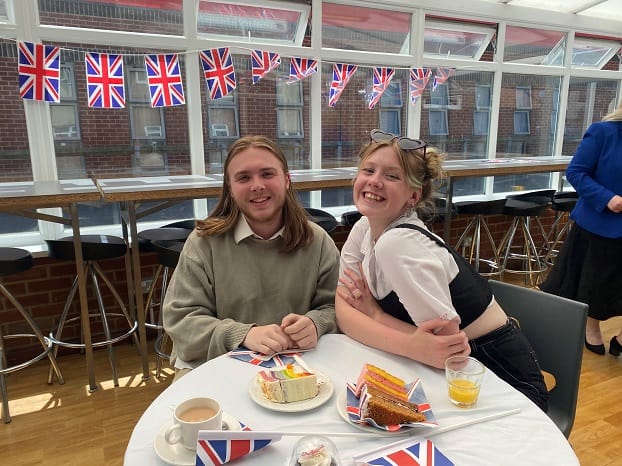 In keeping with the ‘Queen’s Canopy’ campaign, STS has joined people up and down the country who have planted trees to commemorate this historical event.  The school has planted two Rowan Trees, one for the Queen and her Platinum Jubilee, and the other as a memorial for her late husband, the Duke of Edinburgh.  The two trees will stand side by side together, forever. 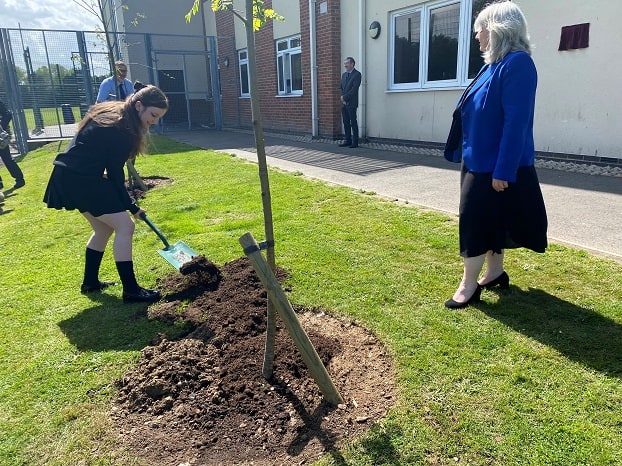 They were delighted to have been joined by Sandwich Town Councillor Paul Carter and long standing school Governor to unveil the new plaque for the trees. The plaque itself is of special importance too, it was made by our Armed Forces veterans of recyclable materials with 100% of its proceeds funding the Royal British Legions veterans. 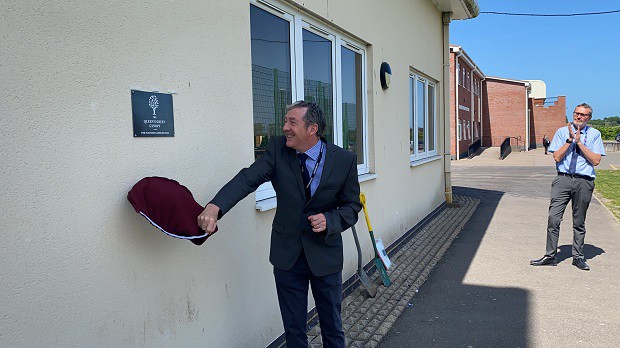 The students and staff enjoyed a quintessentially British tea party with finger sandwiches and lots of cake followed by the Jubilee quiz which challenged the students to compete with Mr Sharples. The students were victorious and won the quiz with a two point lead. 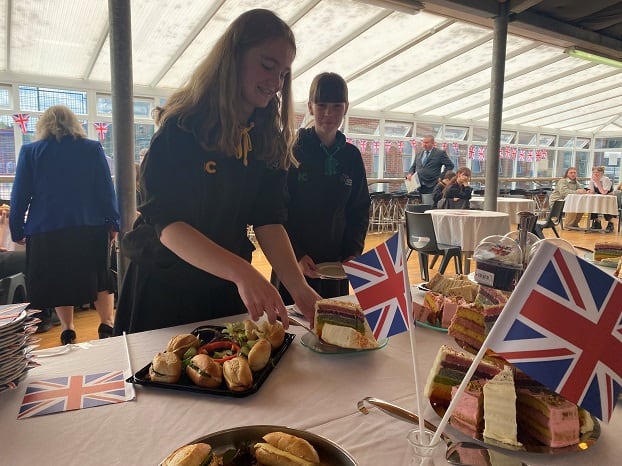 Mrs Savage was pleased to celebrate with her students, saying: “We have had a wonderful afternoon, this is a special moment in history and we feel it is very important that we mark it as a school, we believe that we have students that the Queen would be proud of, and so it is only right for them to help us celebrate her incredible service to our country.”