A former boxer from Ramsgate has opened a gym and is looking to take on amateurs who want to become professional.

Connor Gorham, 27, had his first match as an 11 year old and boxed professionally until he was 22. He launched his own fitness clothing line 2021 and received his professional trainer’s licence at the start of this year.

Connor, who has previously been a care worker for adults with disabilities and children with emotional and behavioural issues and with disabilities, also wants his gym to be a place for  youngsters and people battling poor mental health. 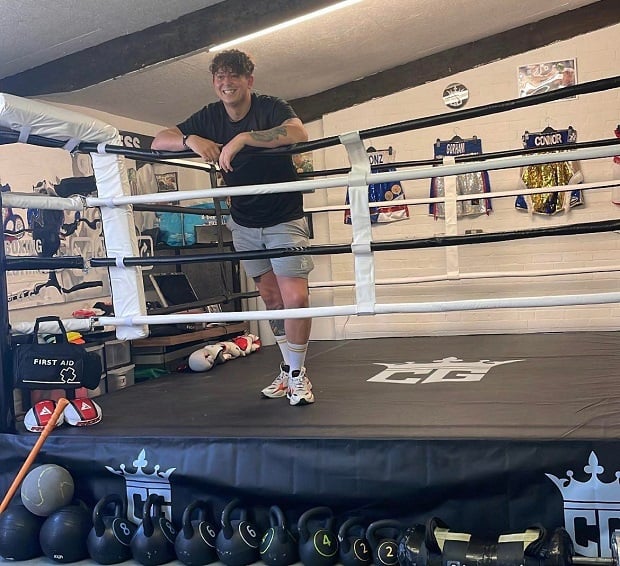 He said: “My main aim is to help our next generation and give them the drive and ambition to generate a positive future, teach them not only self-defence and discipline but also to give them the confidence to be themselves.

“I also train a lot of people that have suffered or are fighting mental health struggles, Many have said boxing has changed or even saved their lives. This is definitely the most rewarding part of my job and I want to continue helping people and raising awareness for something that’s very close to home for me.

“If anyone out there wants to come in to my gym not only to train but even for a chat in confidence, my doors will be open for you.”

Connor, who last year worked with Ramsgate’s Joe Shaw in his continued recovery after an attack left him with life-changing injuries, hopes to be able to grow the gym and expand the community side of the business.

He said: “I want to grow the business, boxing and fitness training and the clothing, and eventually expand.”

Youngsters sessions are Monday, Wednesday and Friday from 5pm-6pm. Mixed adult sessions are the same days from 6pm-7pm. 1-1 sessions throughout the week by appointment.

Find out more, and book, on the facebook page here