A pup left fighting for his life after being mauled by an Akita dog in Broadstairs is now home and on the road to recovery.

Toffee, a 13 week old spaniel pup, had to be taken to a specialist unit in Cambridge after the attack in Edge End Road, Broadstairs, on April 26.

Although vets stopped internal bleeding, his back legs were paralysed, his right lung collapsed and was leaking air into his chest cavity and he had fractured ribs, two fractures in his spine, and two broken toes. He was also suffering pneumonia.

Toffee’s owner Pauline Lemon, who has called for the Akita to be taken away from the property to a secure kennels, said it was only the second time she had taken the pup out.

She and her nine-year-old daughter Saskia feared Toffee would not pull through but vets first at Briar House and then at the specialist unit in Cambridge have saved him and he is now back home. 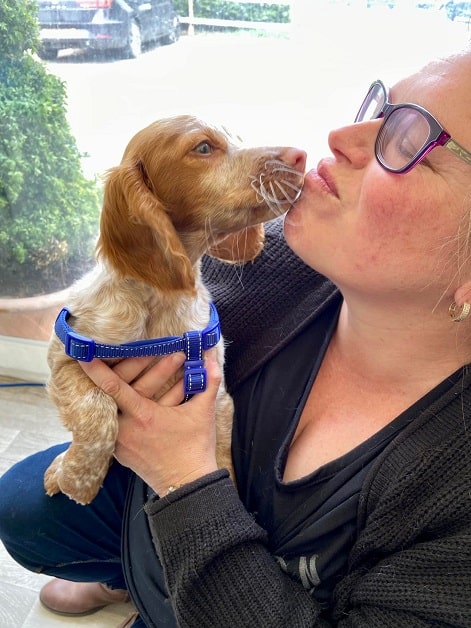 Pauline said: “We couldn’t be happier. It’s been an emotional rollercoaster over the last seven days, but he is where he belongs, at home. He is a little unsettled and very very frustrated, he sees his brother Covie and all he wants to do is run and play. To him he is a puppy and has no injuries.

“We have an incredible long journey ahead. for the next four weeks Toffee must remain in his crate recovering and not getting stressed, he will require physiotherapy and hydrotherapy as well as behavioural therapy. He will go back to the specialist vets for a check up in a few weeks, but they are very very hopeful.

“He has come along leaps and bounds, I couldn’t believe it when they bought him to me and he was walking with a sling. He has grown so much in one week, but he has lost a lot of weight, mostly muscle.

“He is just the most happiest puppy ever and we are so happy to have him home.”

A petition asking for the Akita to be removed urgently has gained more than 5,500 signatures in a week.

An appeal has also been made on the Missing Dogs and Strays Thanet facebook page for people to get in contact if they have Ringdoor bells/CCTV, or were driving and have dashcam footage that may show the attack or the lead up to it. 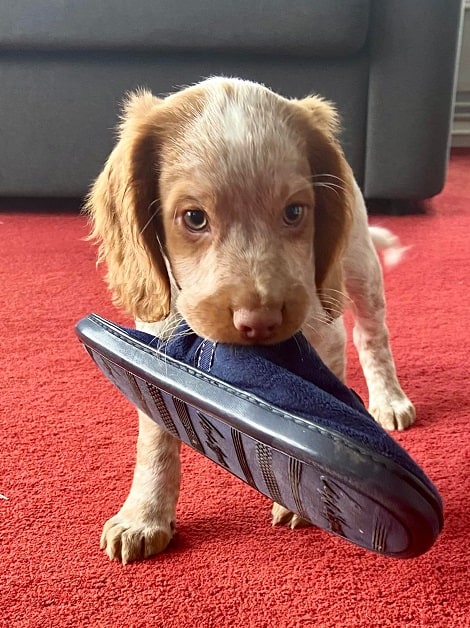 A Kent Police spokesperson said: “Kent Police is investigating a report that a woman was bitten by a dog at around 8.45am on Tuesday 26 April in Edge End Road, Broadstairs. It is reported that the woman’s own dog was also injured during the attack. Enquiries are ongoing into the incident.”

The crime reference is 46/78425/22 for anyone who witnessed the incident and wants to contact police.