A Margate dad has walked more than 60 miles to raise money for the hospital that saved his baby son’s life.

Rickie Wrightson, 35, took on the challenge as a way of thanking the staff in the Neonatal Intensive Care Unit (NICU) at the William Harvey Hospital, where little Oliver spent almost six months.

The tot was born 14 weeks early and weighed less than two pounds, and had to be resuscitated by doctors. He then spent the first 27 days of his life on a ventilator, and also suffered a bleed on his lungs, a brain haemorrhage, suspected sepsis, and had a hole in his heart.

Rickie, a window fitter, said: “Despite everything Oliver has had to endure in his short life, he is now absolutely thriving.

“But it wouldn’t have been possible without the love and care from the doctors and nurses who looked after our son like he was their own for almost six months.

“We will forever be grateful and the walk is just one way I could show our support.” 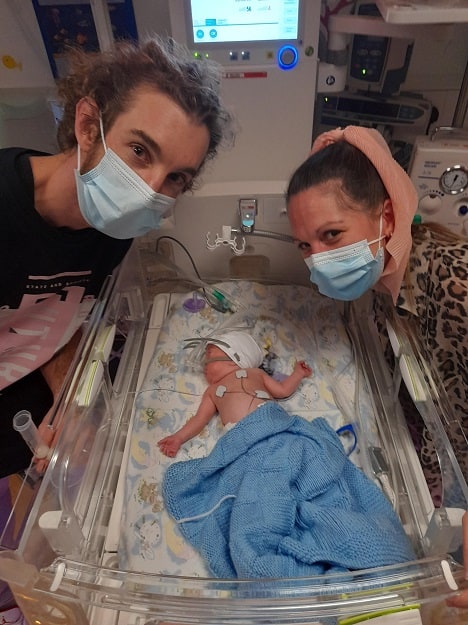 Oliver’s mum Charmaine, 33, said the first few weeks of Oliver’s life were a blur, after he was born by emergency caesarean section.

She said: “I had just started to relax and enjoy my pregnancy. We had suffered a few miscarriages and it was a bit of a struggle to get pregnant and I had needed to take medication at the start.

“Just when I started to relax, he had to be born when my waters broke and I showed all the signs of sepsis.

“I didn’t see him properly for a few days because I was so unwell, and I wasn’t prepared at all. I thought premature babies were just tiny babies – I hadn’t even heard of NICU until Oliver went there.

“Even though he was so sick he always showed fight, and thanks to the amazing staff he was able to come home to us.”

Oliver left NICU in April last year, and Rickie planned the walk to mark the first anniversary of his homecoming. The family hadn’t been able to celebrate his first Christmas or birthday as they were shielding him during the pandemic.

Charmaine, who works in a nursery, said: “It was lovely to have the support from the staff, including the outreach team and all the specialists we still see today.

“It’s really overwhelming because I can’t just ring a friend about his feeding tube or oxygen, because none of them has gone through what we have.

“But there is a WhatsApp group for NICU parents and they are fantastic because they understand what it’s like to have such a premature baby.

“The staff were absolutely amazing, and the care they gave Oliver was faultless. I don’t think this will be the last fundraising we do for them, because we owe them so much.” 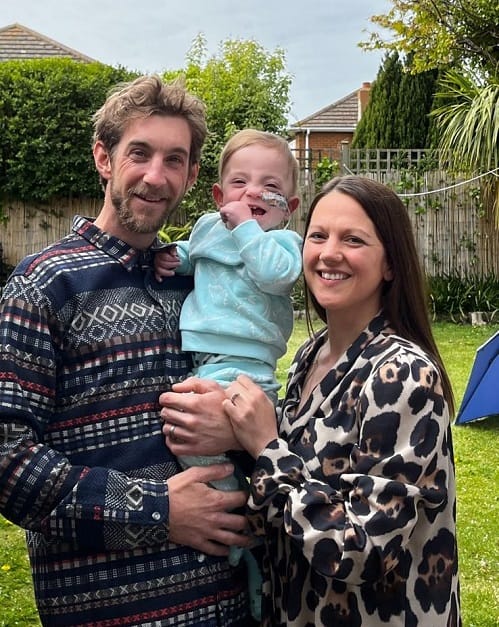 Rickie covered the 62.8 miles over three days, and was joined by family members for the second and third day. When they arrived at the William Harvey they delivered a card from Oliver to the NICU team. So far he has raised more than £4,400.

Charmaine said: “It was definitely emotional, and we’re so grateful to everyone who has donated.

“We never dreamed we would raise so much money.”