After delaying Thanet Athletics Club’s 10 year anniversary celebrations on several occasions due to the pandemic, the milestone was finally marked in an event at the track behind the Royal Harbour Academy on Saturday 23rd April.

Originally planned for 2020, it was a major triumph to actually get the event underway.

Despite very high winds, the day was very successful, with an amazing turn out from athletes old and new and a whole host of families who joined in the fun.

With an array of stalls covering everything from great prizes in the Tombola and various treasure hunts, to athletics clothing and a very sumptuous cake stall, there was plenty for everyone to see or do on the day.

Track events were held at regular intervals during the day causing much delight with an array of medals being awarded.

There was also a penalty shoot-out, a netball challenge, archery and a mini battle fitness test for those who were brave enough to give these events a go. 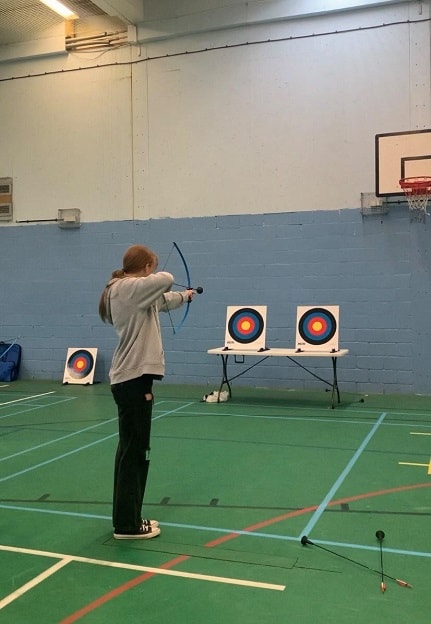 A large inflatable assault course was also on site keeping everyone busy trying to run the gauntlet and proved very popular with young and old alike.

The final event of the day was “soak the coaches” with many athletes getting their revenge by soaking their coaches and causing a lot of laughter and much amusement. 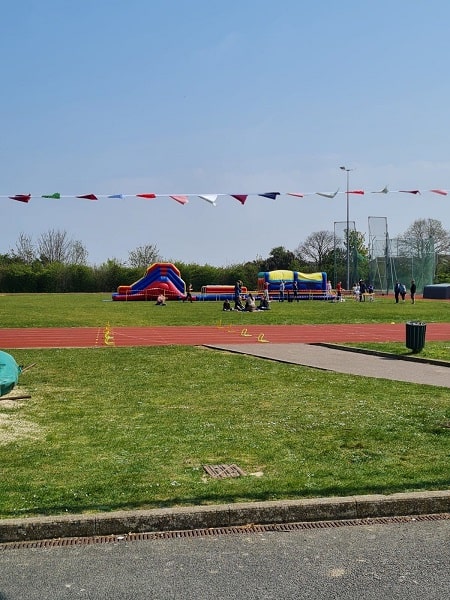 Thanet Athletics Club were over the moon with the turnout and response from everyone who attended and it was suggested an event should be held annually.

The club would like to extend a huge thank you to everyone who attended and to all of the volunteers who turned up to help on the day making the celebration a huge success.

Hopefully the club hopes to see everyone again next year.