The doors have closed at Margate’s Theatre Royal, ending the lease agreement with operator Your Leisure.

The historic theatre hosted its final show last night (April 28) and now closes while awaiting a refurbishment and arrangements for a new operator.

The theatre is due to be refurbishment as part of the £22.2million Margate Town Deal. Last year Thanet council announced that both the Theatre Royal and Margate Winter Gardens would be shut this year while the future of both venues is examined. Bookings are scheduled to pause at the Winter Gardens from August 14.

It has not been revealed how long the venues will be shut for. Thanet council says: “The specialist work required for the renovation project on the (Theatre Royal) and any auxiliary spaces, will require millions of pounds. The Margate Town Deal funding will cover a significant proportion of the works needed, therefore making further private or public sector investment more viable.”

The current staff of the Theatre Royal Margate are being made redundant and so have taken matters into their own hands by setting up events company – Phoenix Community Events.

Theatre Royal was bought by Thanet council as ‘owner of last resort’ in 2007. The building was shut for a six month refurb programme and all staff were made redundant. It was then leased back to the Margate Theatre Royal Trust on a peppercorn rent until 2012 when the Trust went into administration. Your Leisure took the site on in what was supposed to be an interim measure but have been running it ever since – until now.

In 2014 Thanet council offered a long lease or freehold interest in the theatre, and adjacent buildings at 16a and 19 Hawley Square and there was an expression of interest from Soho Theatre.

Negotiations were taking place with Soho Theatre following Cabinet agreement to dispose of the properties during a meeting in January 2015.

A marketing exercise had been undertaken for disposal and the preferred bidder selected.

Heads of terms were agreed subject to contract and an announcement had been expected in the early part of this year.

But a bid to the Heritage Lottery Fund for cash to carry out extensive renovation works at the theatre was turned down and Soho Theatre dropped the plans. 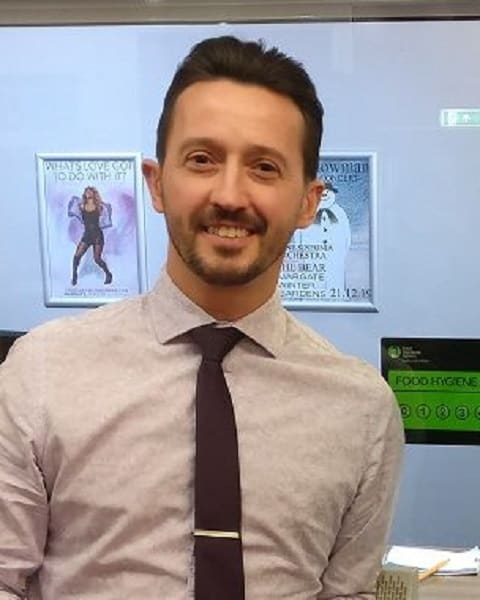 Paul Palmer, Head of Hospitality & Entertainment at Your Leisure, said: “It is with regret that, after a decade, Your Leisure’s agreement to run the Theatre Royal Margate ends. “However, this week, as we have prepared to bring the curtain down for the last time as custodians, I reflect with a real sense of pride on the achievements of the theatre team and the incredible joyous times we have brought to the iconic venue during this era.

“Since stepping in a decade ago we have welcomed a world of entertainment to our historic stage. Your Leisure’s mission was to oversee a comprehensive, diverse and inclusive programme, bringing top tours and productions to Margate as well as providing a platform for new voices — including those from marginalised groups — and local talent. I feel we achieved these goals in spades… we brought it all, from A-list comedians, fabulous productions for families, Dickens, Shakespeare, opera, ballet, new writing and local showcases, the Theatre Royal Margate has been at the heart of Thanet’s cultural offering, providing live entertainment for all.

“It’s at times like this when I think about legacy, what tangible positives has our time running the theatre delivered for Thanet. Initially, it was a challenge to get shows, however, we shone our spotlight on Margate and worked hard to promote the Original Seaside as a coastal cultural hotspot. This allowed us to attract more and more productions and tours to the theatre which saw the high quality of the programme go from strength to strength each season. With that success, came the audiences.

“Over the last 10 years, Theatre Royal Margate has welcomed hundreds of thousands of people through its doors, pulling in visitors to Margate from all over the UK, Europe, and even the USA, helping to boost the local economy. One legacy I am most proud of would be the positive impact on local young people. Whether it has been on stage performing in a local production or showcase or in the audience, marvelling at the delights of our professional Christmas pantomime, the theatre has ignited a lifelong passion for the arts in so many young people… and that’s something to celebrate.

“It’s with a heavy heart that this era must come to an end. We couldn’t have done this without support. The work and dedication of the front and back of house teams has been the bedrock of our success. I have seen so many colleagues start their theatre career with us before going on to national careers. We also couldn’t have done this without the support of our audiences, local creatives, and partners. We thank you all from the bottom of our hearts…

“Though the sun is setting on our era at the venue, the future for the theatre looks bright. The Margate Town Deal has allocated £2 million for a renovation project for the Theatre Royal, and the council will be looking for an operator, project partner and making a funding submission to the National Lottery Heritage Fund.

“Your Leisure is still operating Margate Winter Gardens until mid-August.”

Your Leisure’s lease for the Margate Winter Gardens was due to run until 2024 but agreement has been made with Thanet council for an early surrender when that venue too closes its doors in August.

A £300,000 allocation has been earmarked, again under the Margate Town Deal, to carry out a project delivery plan with public and private sector engagement. Specialist services would be needed to help test the market and identify the opportunities available. Specialist architects would also be used to scope out the required works and develop a fully costed scheme.

Ramsgate’s Granville theatre and cinema is also shut and due to be advertised on the open market. Thanet council owns the freehold of the Granville but the site has been closed since the COVID-19 pandemic began in March 2020.

Last October Thanet council invited expressions of interest from eligible community groups to become the new owners the theatre. A submission from Kent Film Foundation was rejected as not meeting the relevant criteria although Thanet council says the foundation has time to submit a right to bid proposal.

The foundation is now raising funds to allow it to bid for the building if it goes to public auction. The film foundation hopes to create a new centre with workshop space, cinema, theatre, a bee-friendly roof terrace, the town’s first organic restaurant – and a new name The Sandcastle.

Tickets for upcoming events at the Winter Gardens can be bought online at https://www.margate-live.com/

Since 1787 thespians have been treading the boards of Margate’s Theatre Royal.

The Grade II* listed building on the corner of Hawley Square, was part of the planned expansion of the small town and port of Margate during the mid-Georgian period.

It was built to vie as a facility for the entertainment of the upper classes, competing with the Assembly Rooms in Cecil Square (1770s), and the Circulating Library, Hawley Square (1786), both now demolished.

The historic property, which is now within a conservation area, was radically altered in 1874 by Jethro T. Robinson who was the father-in-law of Frank Matcham, the famous and prolific theatre architect who, along with his two protégés, was responsible for more than building 200 theatres before 1915.

The 1874 conversion marked the transition of the venue from a Georgian boxed Playhouse into a Victorian theatre. The stage was shortened and a second floor ‘gallery’ level added to the expanded auditorium.

As well as welcoming some of the greatest acting ‘stars’ of the Victorian era, the theatre was the site of the first drama school in the country. The School of Acting was opened by Sarah Thorne in 1885 and attended by a young Edward Gordon Craig, who went on to become the undisputed father of modern theatre design and was arguably the most important theatre practitioner to come out of Britain since Shakespeare.

The theatre’s most famous manager, Sarah Thorne, held the post twice. First in 1861 until 1874 and then again from 1879 until her death in 1899. Some say that she has haunted the theatre since 1918 in protest at its use for gambling.

She is not the only spirit said to wander the 18th century playhouse. Past stories tell of witnesses seeing the curtain move and then crashing as though a body had fallen. Commentators say it is the spirit of an actor who took his life at the theatre after being dismissed from his touring company.