Staff at Margate’s Theatre Royal have formed a community events company in a bid to make sure shows continue and keep the venue open until its planned refurbishment under the £22.2million Town Deal fund.

Last year Thanet council announced that both the Theatre Royal and Margate Winter Gardens would be shut this year while  the future of both venues is examined.

Bookings are scheduled to pause at the Theatre Royal on 28 April and at the Winter Gardens from August 14.

It has not been revealed how long the venues will be shut for but staff at Theatre Royal say they are to be made redundant.

The staff have formed Phoenix Community Events CIC with the aim of making sure shows continue to come to Margate and keeping the historic theatre open until its refurbishment date – which has not yet been set.

The Phoenix team has already secured two shows to take place on Margate Main Sands and is appealing to people to join the CIC and to support it through Thanet council’s Lotto so that it can fund more shows.

A statement says: “We need (people’s) help to enable us to continue to present live  theatre in Thanet. Theatre Royal provides a space for local theatrical companies to perform, hosts a local youth theatre scheme and presents national touring shows of various scales and target audiences.

“Help us to support the local creative sector and further our goal of keeping this historic building open to the public.”

Thanks to the Phoenix IC Shakespeare on the Beach – which has become a fixed point in Margate’s cultural calendar – returns this Summer with not one, but two shows. 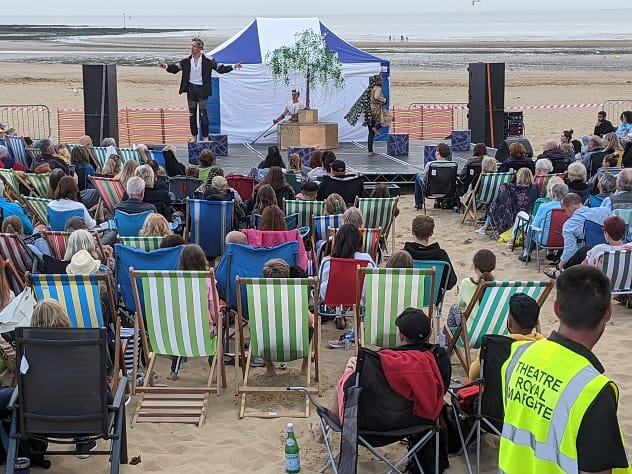 Changeling Theatre Company, which has presented Shakespeare’s plays on Margate Main Sands every summer since 2013, will be back on Sunday July 24 with a production of Othello.

Othello is one of Shakespeare’s best-known tragedies, exploring the devastating impact of jealousy and suspicion, race, and racism.

The play follows the story of Othello, a recently married man of rank who is enjoying a glittering military career and has a successful future ahead of him. But Othello has enemies. Enemies that will do anything to bring him down. One of them, Iago, devises a sinister plot to undermine Othello’s reputation, tricking him into a jealous rage that ends in tragedy.

And that is not the only show Phoenix Community Events has organised. 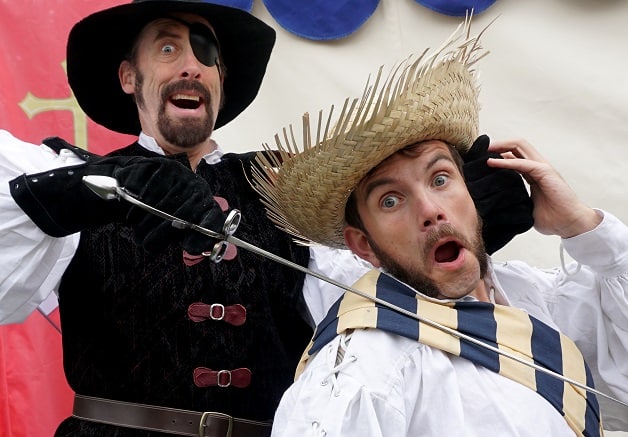 Theatre Royal Margate favourites, Morgan and West, have created a new family friendly show and will be bringing it to Margate Main Sands on the morning of Sunday July 24.

Sharpen your swords, lace up your boots, and stick a great big feather in your hat for Morgan and West’s retelling of Alexandre Dumas’ The Three Musketeers. A whirlwind of whimsy, wit, and (s)wordplay await.

Can the marvellous Musketeers retrieve the Queen’s prize diamonds? Will the nefarious Cardinal Richelieu get away with his dastardly scheme? Can three actors play fifteen characters in just about an hour? Find out in Morgan & West present The Three Musketeers For Kids!

Tickets: Adults £10, Children £8 plus booking fees. Bring your own chair or hire one on the beach.

Tickets for both shows are on sale via www.margate-live.com/

To find out more about Phoenix Community Events CIC and how to support them go to the facebook page at https://www.facebook.com/phoenixcommunityevents