A scene with mods and skinheads depicting unrest and racial tensions in the 1980s has been shot today (April 27) on Margate seafront.

The Empire of Light movie is a love story set in that period and today’s filming was for a scene of a race-related altercation. 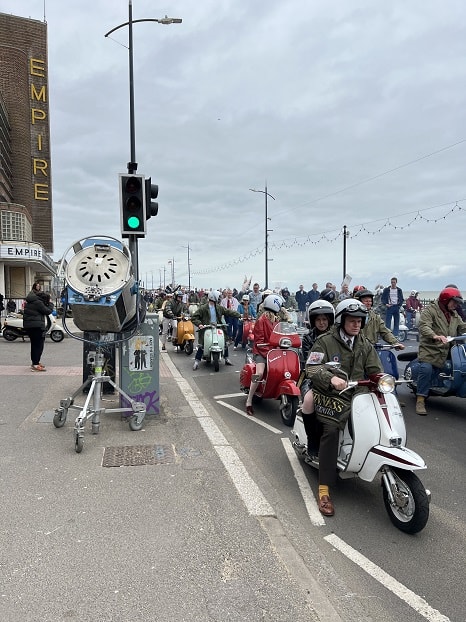 The movie team say the scene, which included fascist banners, shot on Marine Terrace outside the Dreamland Cinema and the stage set cinema copy built at Godden’s Gap is a small part of overall story.

A spokesperson said: “Our film is set in the early 1980s when racial tensions were running high in many parts of the UK and there are some scenes in Empire of Light that reflect those times.”

The Sam Mendes production starring Olivia Colman, Micheal Ward and Colin Firth has been shot on location around the town since the end of February.

Dreamland’s neon sign on the fin of the Grade II* listed cinema has been replaced with Empire Cinema signs and the 20,000ft set at Godden’s Gap contains a replica of Dreamland’s old cinema, including the staircase and chandeliers, with a ticket booth outside.

Filming will wrap up at the end of next month.